IIAAG Wrestling is finally here. After a delay in the start of the season, the coaches or team officials stepped in as referees to finally get the second quarter sport underway. 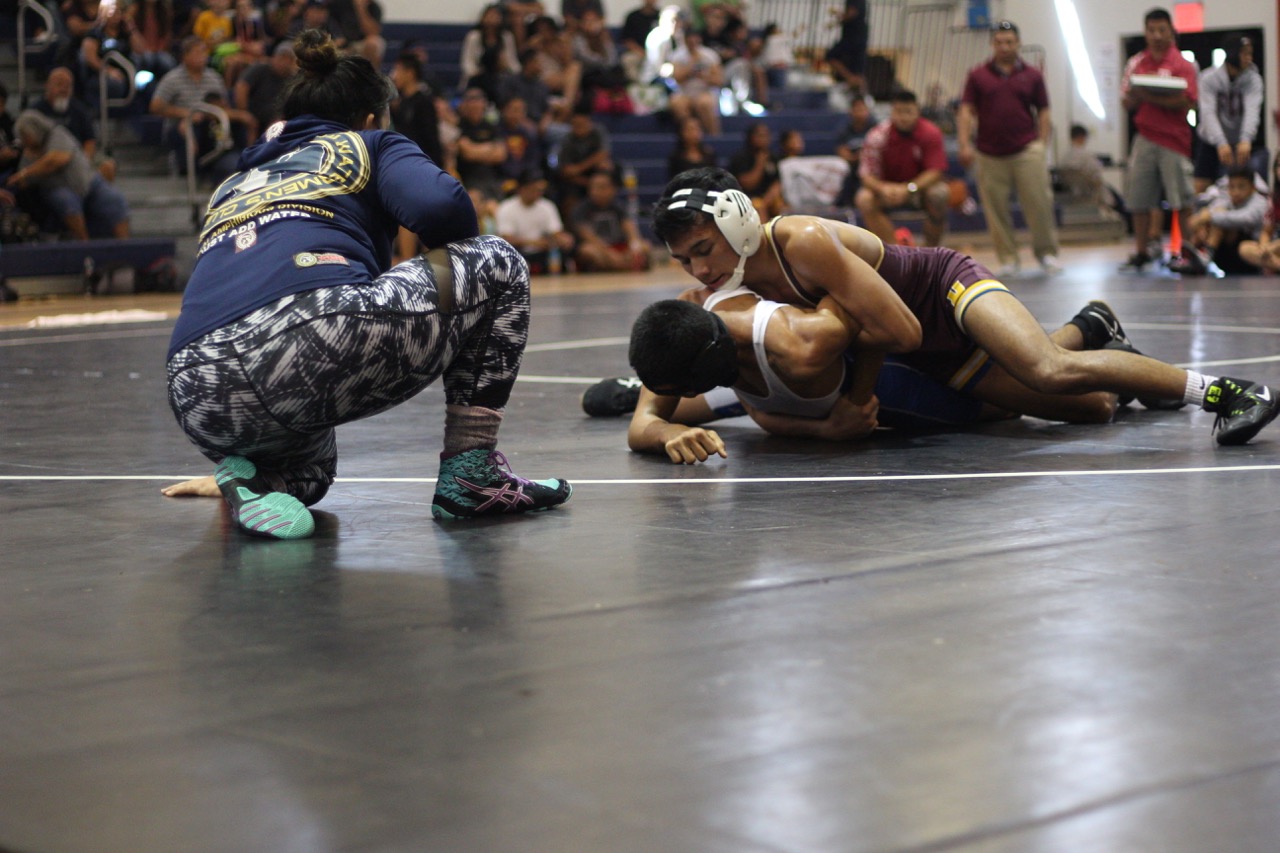 IIAAG Wrestling is finally here. After a delay in the start of the season, the coaches or team officials stepped in as referees to finally get the second quarter sport underway.

Four teams assembled at the Guam High gym in a dual meet with the FD Friars vs Southern High Dolphins and the Tiyan Titans vs Guam High Panthers taking the mat.

The defending boys champion FD Friars looked impressive in their season opener as they go for their third straight championship under head coach Terry Debold. The Friars defeated Southern  49-12 to win their 29th straight regular season meet dating back to 2015.

“We’ve been waiting for this day to come for a very long time and I’m excited we finally got on the mats,” said Fd’s 182-pound wrestler Matias Calvo.

“The team has been working hard for the passed few months. I’m proud of our performance today and I’m also excited for what’s to come,” said Calvo. Calvo won his match via pinfall.

Team co-captain Devon Garrido also won via pinfall. Garrido, wrestling in the 126-pound division, said there is no pressure to win their third championship in a row.

“Not at all, pressure is intangible and doesn’t exist to us. We are just going to keep training like we are on the bottom and not let pressure get to our heads,” said Garrido.

Garrido is a senior on the team and an all-island gold medallist from last season. “Your never going to get better if you don’t challenge yourself,” added Garrido.

The Academy/FD girls squad also got their first win of the season, defeating Southern 48-6. Sophomore wrestler Lauren Lujan managed to secure the only pin of the contest in the second round over her opponent. The Academy/FD team celebrated six victories via forfeit after short handed  Southern team was unable to produce a wrestler in certain weight classes.

Wrestling continues next Saturday. Each team will meet once due to the late start. The winner of the boys regular season will host the All-Island meet.