Four high school football stars have committed to playing collegiate football for the upcoming 2019 season. FD Friar Brian Anderson, a pair of Guam High Panthers Evan Cavenall and Sincere Powell and all-purpose talent Chase Spotanski of the JFK Islanders will all be tackling the next level. 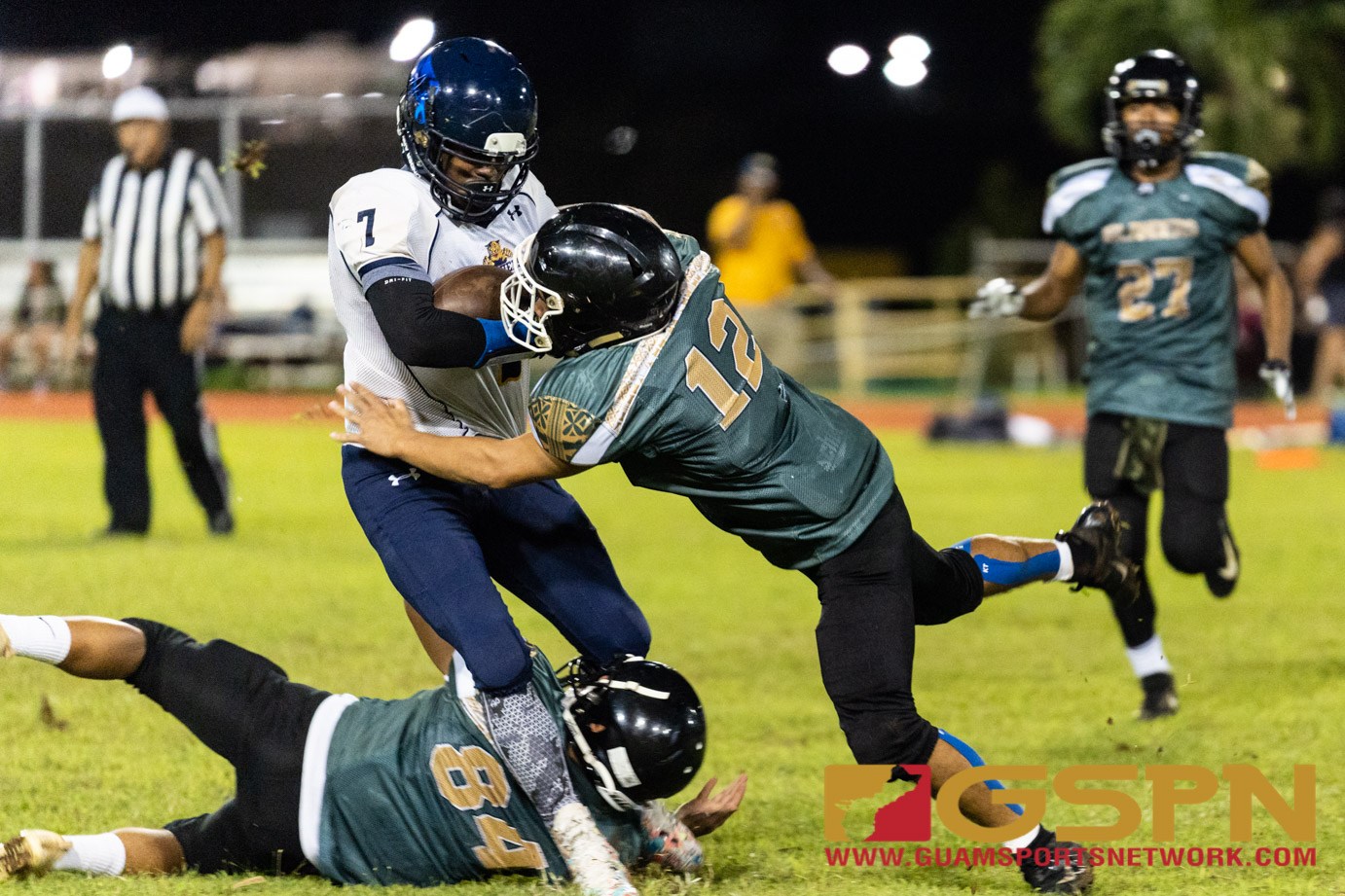 Four high school football stars have committed to playing collegiate football for the upcoming 2019 season. FD Friar Brian Anderson, a pair of Guam High Panthers Evan Cavenall and Sincere Powell and all-purpose talent Chase Spotanski of the JFK Islanders will all be tackling the next level.

The Father Duenas graduate earned an academic scholarship valued at $60,000 per year. He will play Division III football at Macalester College. Anderson will join former teammate Kai Akimoto. Anderson was an All-Island 2nd team Wide Receiver. During the playoffs, he was the best receiver in the league scoring touchdowns and making clutch catches in playoff wins over JFK and GW. Anderson started playing football his sophomore year and leaves the program as a three-time champion. Anderson also lettered in rugby and volleyball. He is from the village of Malesso.

Brian Anderson was the Friars main receiving target in 2019, most notably in those the ‘have to earn yards’.

Powell played two years for the Guam High Panthers. Sincere will play his college football at NAIA program Mayville State University. Powell played both sides of the ball at running back and strong safety. He was part of two track and field championships. Powell ran the 100m, 200m, 400m, 4x100m, and 4x400m at the All Island Championships.

Powell was one of the Panthers main offensive weapons in 2019 with his production level improving each season.

Chase is a graduate of Notre Dame High School. Spotanski was a two time all island defensive MVP for the JFK Islanders. He also lettered in volleyball at Notre Dame. He will pursue his goal of playing college football at Moorpark Junior College in California. He is from the village of Dededo.

The versatile Chase Spotanski (12) played on both sides of the ball, but his strength was on the defensive end.

The Guam High graduate will play his college football at Division II program Wayne State College. Cavenall played his senior year with the Panthers. Cavenall played nose guard and middle linebacker on defense. Evan was chosen for Team USA and played in the Tomodachi Bowl. He is originally from Lufkin, Texas.

Evan Cavenall, second from the left, was part of the four Panther signees at the end of the school year to announce the college of their choice.