STOTTS AMONG 15 INDUCTED INTO UOG TRITONS HALL OF FAME 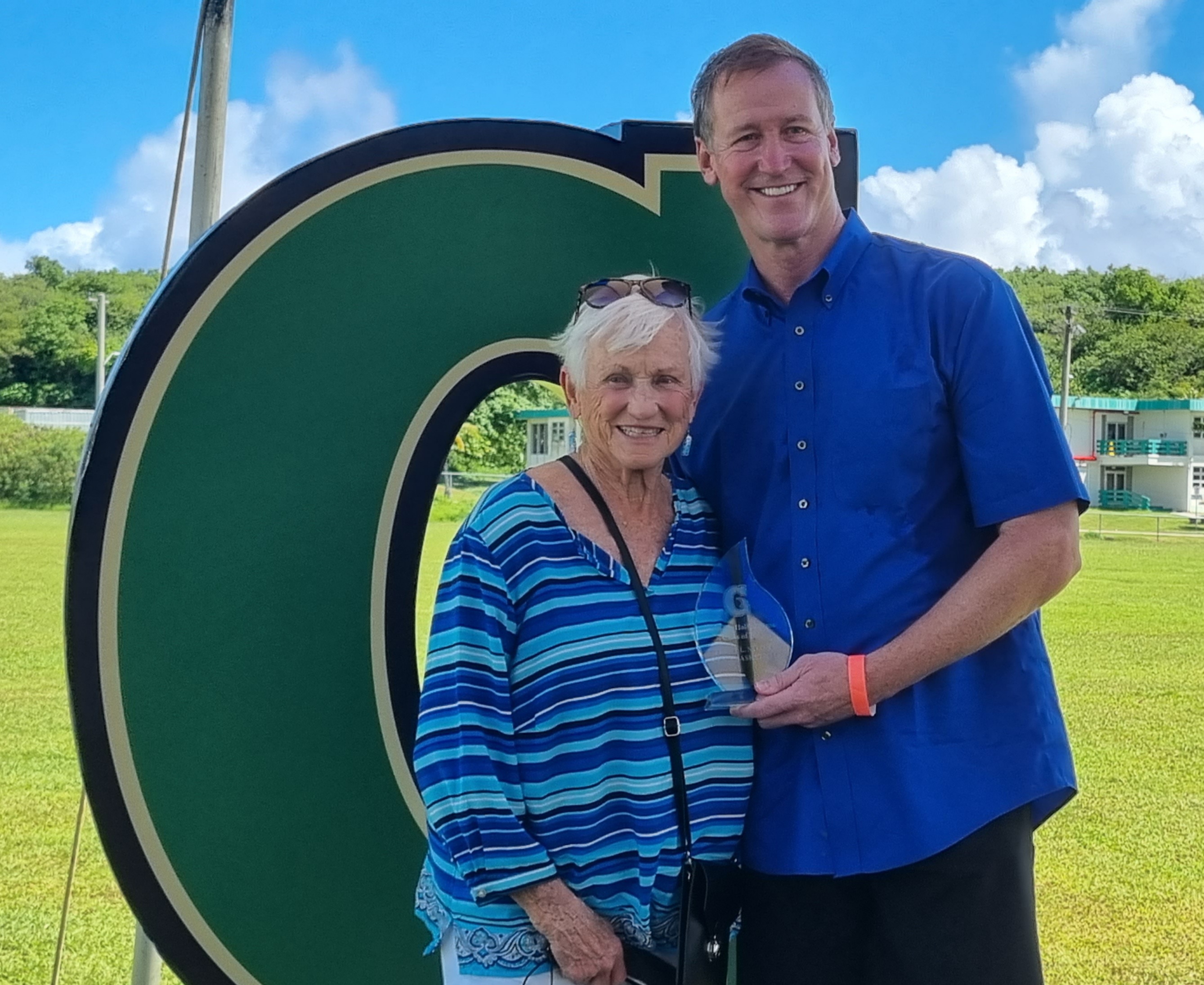 Fifteen individuals who have made a significant impact on varsity and recreational sports at the University of Guam were inducted today into the Triton Athletics Hall of Fame. The Hall of Fame Classes of 2020 and 2021 were honored at a ceremony at the Calvo Field House followed by a special ceremony for inductee Terry L. Stotts, a former Tritons basketball player and now an NBA head coach who made a special trip back to Guam for the event.

“It’s been 38 years since I came back to Guam, but Guam never left me,” Stotts said. “It’s always been a part of who I am. I’m very proud to tell people that I lived on Guam […] and how important my time on Guam was to me.”

As the son of former UOG basketball coach and Triton Athletics Hall of Fame member Frank Stotts, Terry L. Stotts played for the Tritons from 1973-1974 at the young age of 16 during a time when Triton athletes didn’t have to be UOG students. In the one season that he played, he was named MVP of the Guam Basketball League and led the Tritons to an undefeated season.

Stotts went on to play and coach at the professional level in Spain, Italy, and France and nationally in the Continental Basketball Association and the National Basketball Association, recently ending a nine-year stint as head coach of the Portland Trail Blazers. Since 1992, he has also been head coach for the Atlanta Hawks and the Milwaukee Bucks and assistant coach for several teams, including the Dallas Mavericks when the team won the NBA title in 2011.

“Basketball has given me a chance to travel around the world, get a good education, make a good living, meet some unbelievable people, but the truth is, it started here on Guam. I wouldn’t have been able to do those things if I hadn’t had the opportunity to grow as a person and as a player here in Guam,” Stotts said.

He gained a foundation in basketball playing at Dededo Junior High and then at John F. Kennedy High School. He eventually played college basketball at the University of Oklahoma.

“My granddad believed that a huge component of any successful endeavor is community engagement,” Arriola said. “He knew that an athletics program would motivate players, students, family, and the community to identify with UOG. He knew that a sense of pride would emanate from competitive sports. He knew that athletics adds a vibrant energy to academia.”

Yamashita, an athlete himself, initiated the varsity sports program at the college in 1962 that grew to include football, baseball, basketball, and volleyball throughout the 1960s and 1970s.

Also inducted into the Hall of Fame were:

These two classes join three others bringing the Triton Athletics Hall of Fame, which was initially established by Athletics Director Doug Palmer in 2017, to five classes and 37 members.

“We now have five classes in the Hall of Fame, and it’s been a great journey, digging through UOG’s athletics history. I’ve been proud to do it,” Palmer said. “We hope this tradition will continue for many years to come.”

If anyone in the community has memories of exceptional athletes or coaches in Triton Athletics history, contact Doug Palmer at (671) 735-2862 or palmerd@triton.uog.edu.