Zach Banner will be conducting a youth football festival on July 6th at the Guam High School gym and football field. 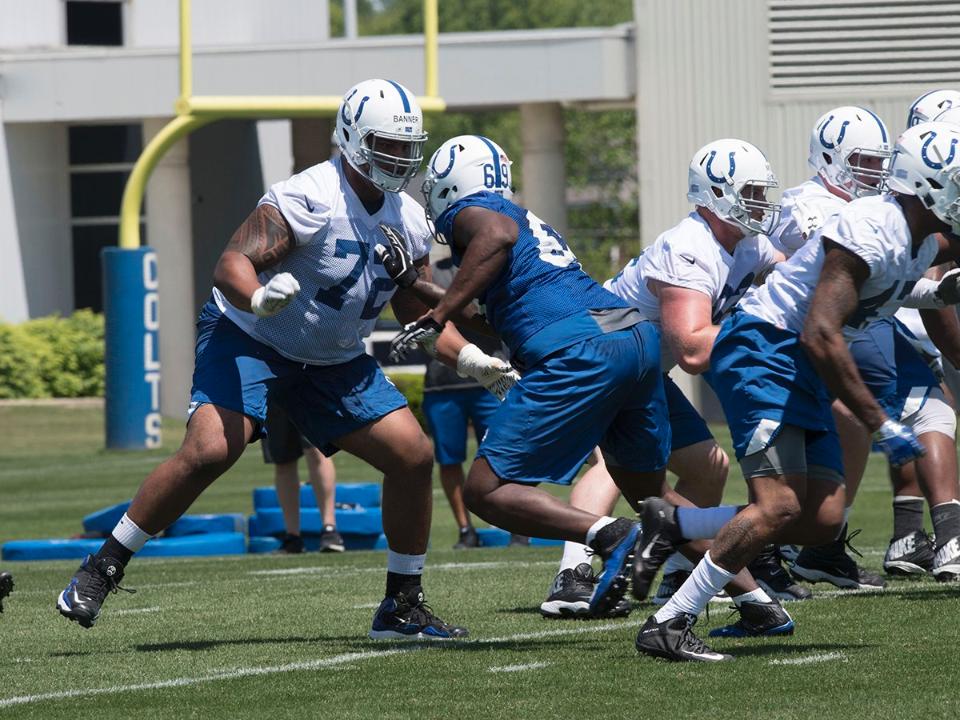 Zach Banner’s return to Guam will be highlighted by the Football Festival slated for Thursday, July 6th from 10 am to 2 pm at the Guam High School gym and football field in Agana Heights.

The event is open to the public.

“This is a rare opportunity for our football community to come and and not only meet Zach Banner but also learn from a NFL pro who happens to have Chamorro blood running through his veins,” GNYFF Vice President and event coordinator Allen Blend said. “Zach has represented Guam so well over the past years playing with the USC Trojans, we’re just so glad he’s taken some time in his off-season to spend with our young football players.”

Banner was known to carry the Guam flag throughout his senior season at USC, which culminated into a Rose Bowl victory over Penn State. (courtesy photo)

Not only will Banner deliver an inspiring talk about dedication, hard work and teamwork, he will also provide some hands-on football technique to the youth, high school and even adult players interested in learning.

“We invite the entire football community for this event,” Blend added. “It’s a great time to show Zach how much Guam loves football. We’ll have stations on the field and in the gym for the players to run through so it’s going to be an interactive event as well. If you haven’t signed up for a team yet, most of the teams will be on hand to sign up players for the upcoming season just around the corner.”

Wendy’s and Cold Stone will be selling lunch and Guru Organic Drink will also be available to sample and purchase.

Special edition Zach Banner/GSPN shirts will be available in kids and adults sizes for just $20 while supplies last.

The rookie offensive lineman drafted in the 2017 NFL Draft in the fourth round will spend the upcoming week on island enjoying the island, visiting family and will make a special visit to the sick children at Guam Memorial Hospital.

He will also have a special Meet ‘N Greet session at the Agana Shopping Center IT&E store on July 5th.