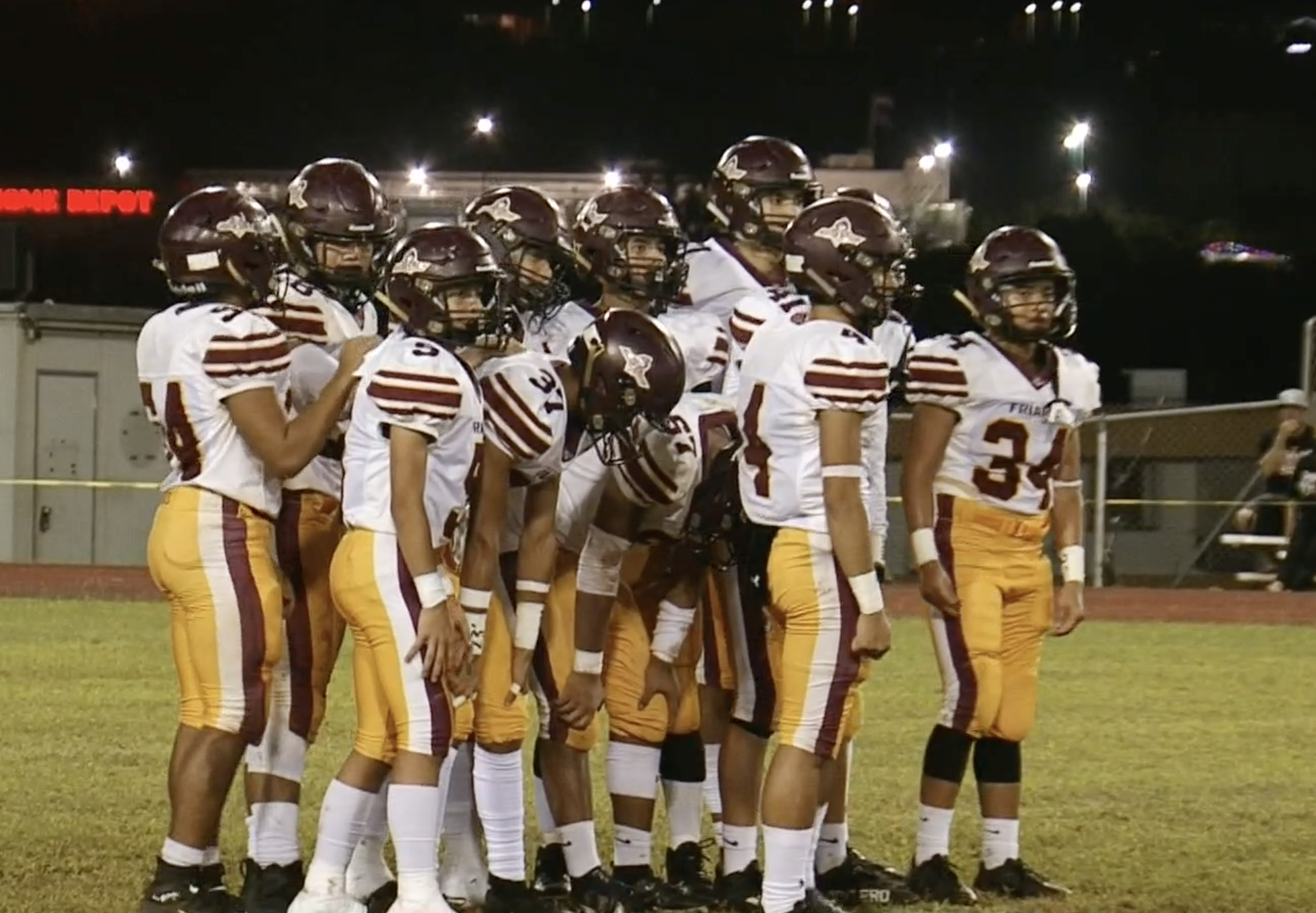 The FD Friars finished the ISA Football regular season undefeated for the 6th straight season at 7-0 with a 51-0 victory over the JFK Islanders at the Islanders Field Saturday night. FD’s win over JFK marks their 55th-straight win with the ISA Football playoffs starting next week.

The playoff match-ups had been set since last week making all four games in the final weekend of regular season play irrelevant to the playoff seeding.

Friars running back Caiyle Gogue only needed six touches to amass 172 yards and three touchdowns, doing all his running in the opening quarter. Gogue’s first hand-off went 23 yards untouched for the first score after FD had recovered the opening game kick-off.

The defense was led by Colin Ada’s five sacks and six total tackles. Ada even produced a forced fumble off one of his sacks with teammate Anthony Quichocho completing a 79-yard touchdown fumble return. Friar linebacker Caleb Murphy continued to show the strength of his coverage skills by returning an interception for a touchdown in the 3rd quarter. Murphy nearly had two more interceptions to go along with his five tackles.

FD backup quarterback Caleb Salas tossed two touchdowns on the night, hitting Daryn Lujan and Tanner Costa for scores in the second quarter. Fullback Luke Perez added the final score for FD in the 4th to wrap up the regular season.