The journey from high school and juco football to D1 took persistence and perseverance, but De’Aundre Cruz stayed the course. 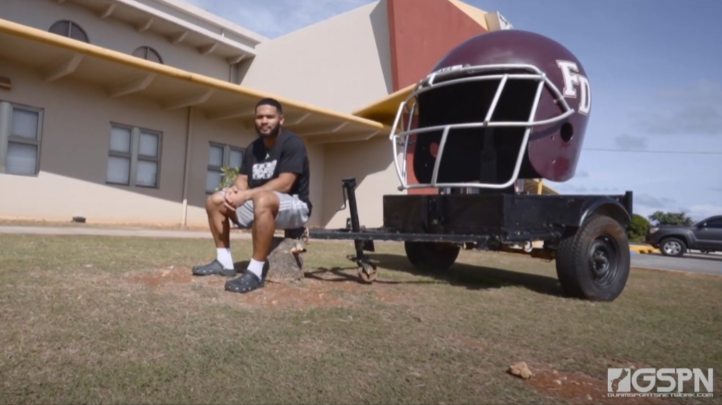 21-year-old and former FD Friar star running back De’Aundre Cruz made headlines in late 2021 after announcing that he’d been accepted into an NCAA Division I football program. Cruz will the Stony Brook Seawolves after dedicating three years to playing Junior College (JuCo) football, where he became a starting linebacker for the College of San Mateo. But the goal for Cruz was always D1.

Cruz was back on Guam for the holidays before making his venture to the biggest stage of football yet – The NCAA D1 stage. Click on the special feature with Cruz as he takes a brief journey through his football career!