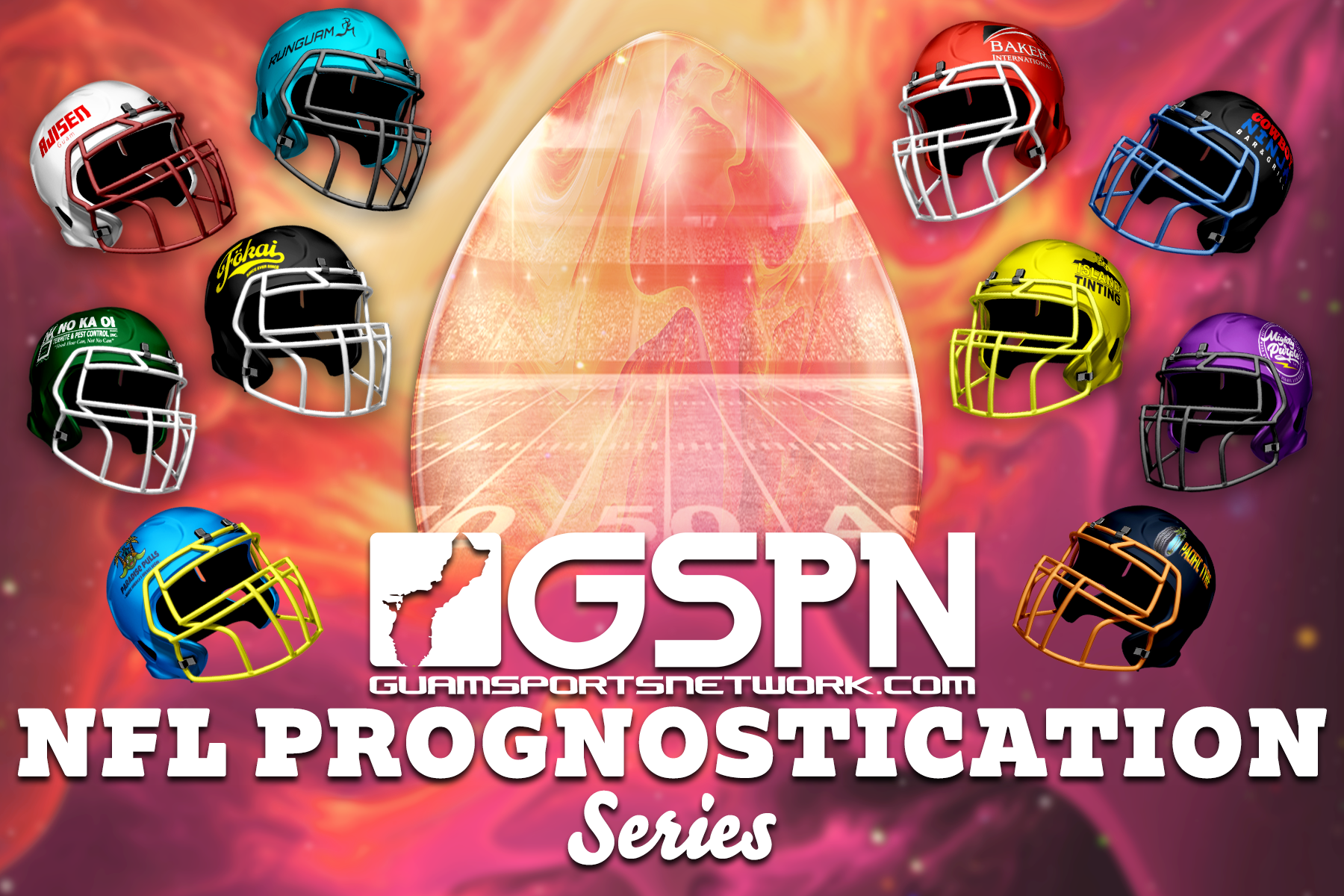 We have a new King of predictions after 11 weeks of picks – Ajisen Ramen powered by J. Onedera!

After starting the season in the lower echelon, Ajisen Ramen has seemed to figured their selections much like their Kansas City Chiefs, holding one to sole possession of 1st place to kick off Week 12.

The NFL season is getting a little wacky with at least one big upset happening each week. Houston pulling off a big upset on Tennessee and what many would consider a surprising beatdown of Indy on Buffalo handed just about all our progs a tally in the loss column.

Ajisen’s rise to the top was is impressive, but staying in the top 3 all season so far between Fokai and Mighty Purple are just one game behind!

The middle of the group seems to fluctuate every week with Pacific Tyre bouncing from 5th to 8th while Run Guam, Baker and Cowboy Ninja continue to shuffle places. It must hurt 1/3 of Run Guam deeply picking against the Chargers and having them win every week! Baker took a chance believing the Lions would get their first win, but made up for it picking the Vikings over the red hott Packers.

Island Tinting may be at the bottom, but they’re swinging for the fences by picking the underdogs in almost every situation going 3-5 on those picks from Week 11!

The playoff race is going to tighten up for the next few weeks so who knows what we’re going to see after Thanksgiving Day games in Week 12 ~ or well, at least our progs think they know that’s going to happen.