The 2017 GNYFF Season is just a week away from kick-off and all nine teams made their presence felt at the Jamboree Saturday, overtaking the UOG Football Field. 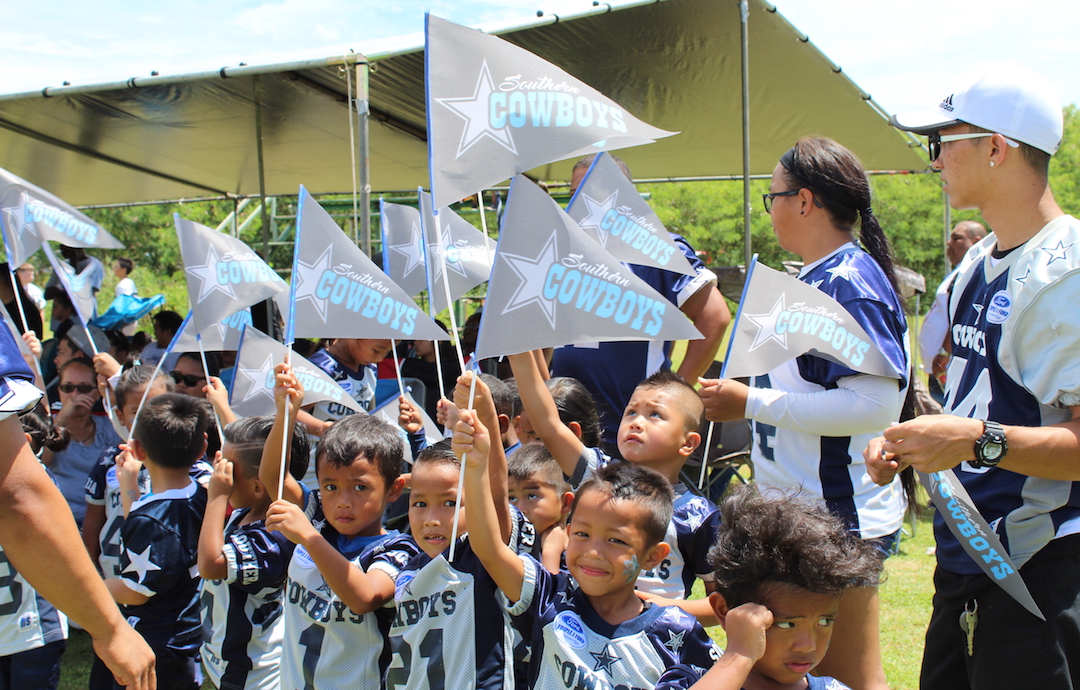 The 2017 GNYFF Season is just a week away from kick-off and all nine teams made their presence felt at the Jamboree Saturday, overtaking the UOG Football Field.

The league has had two teams undergo a rebranding with the Cinnabon Island Saints turning in their black and gold for orange and blue, as they will now be known as the Island Broncos. The Southside 49ers also swapped names and they will be known as the Outlaws this season.

“It’s important for us to have representation from different sectors of the island because we want to be represented in the GNYFF island wide,” said GNYFF President Ivan Shiroma on the state of the league.

Mandikiki members from each of the teams got a chance to hit the field for some flag football before the big parade of teams concluded the ceremony.

Through the constant support of the Triple J Team, every year does indeed see growth in participation and in attendance.

There won’t be a shake-up in any rules or procedures for the upcoming season, but the league is open to act on anything that doesn’t help the league run smooth, all the while keeping an open ear to the public.

“We are here to make sure everyone is playing on a levelled field. All the rules go through a vote and we go through it in a democratic way as majority wins. We invite anyone to come down to the meetings if they seem to have any issues with the league,” said Shiroma.

Check out the Triple J Sports Calendar for the FULL GNYFF Schedule!