Saturday marked the end of the Guahan Varsity Football League’s regular season with a pair of games that will play on repeat in the semifinals next weekend. 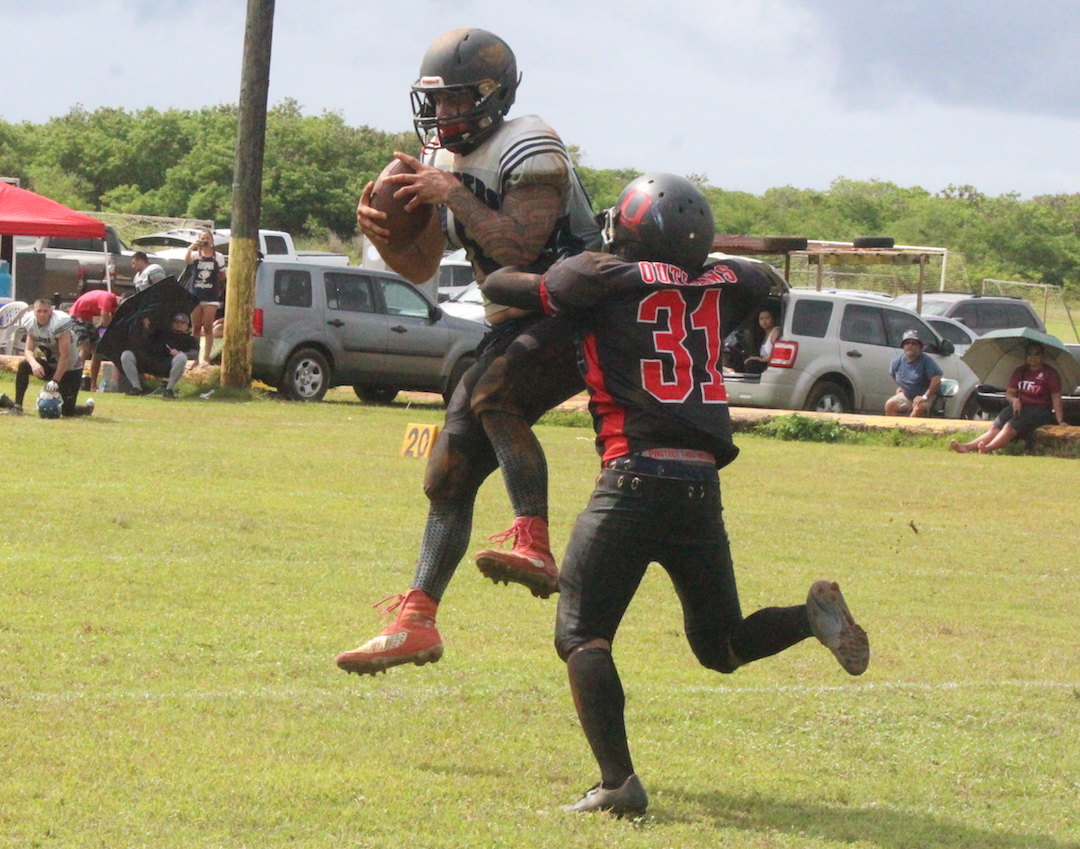 Saturday marked the end of the Guahan Varsity Football League’s regular season with a pair of games that will play on repeat in the semifinals next weekend.

With the playoffs set via team records, Saturday’s games had no playoff implications, but did have a relation to the playoffs as all four teams involved will hit the reset button with the winners advancing to the GVFL finals.

The Eagles defeated the Cowboys 52-0 in the early morning game and the Silver Raiders avoided any upsets by taking down the young Outlaws 21-7 in the later game.

Next weekend will feature the same set of games with the Eagles making a statement win, posting the shutout while piling on the touchdowns.

The Outlaws made their stint with the Raiders interesting after tying the game midway through the 1st quarter, but the veterans behind quarterback Danny Manibusan tacked on a pair of touchdowns to create separation, finishing the season unbeaten at 4-0.

The Eagles end their season at 3-1 with their only loss coming from the Raiders in week 2.