In just their second year as a football team, the Tiyan Titans earned a historic three wins. What will Year three have in store? With head coach Danny Cepeda now calling the shots, the Titans are out to be more than just remembered. 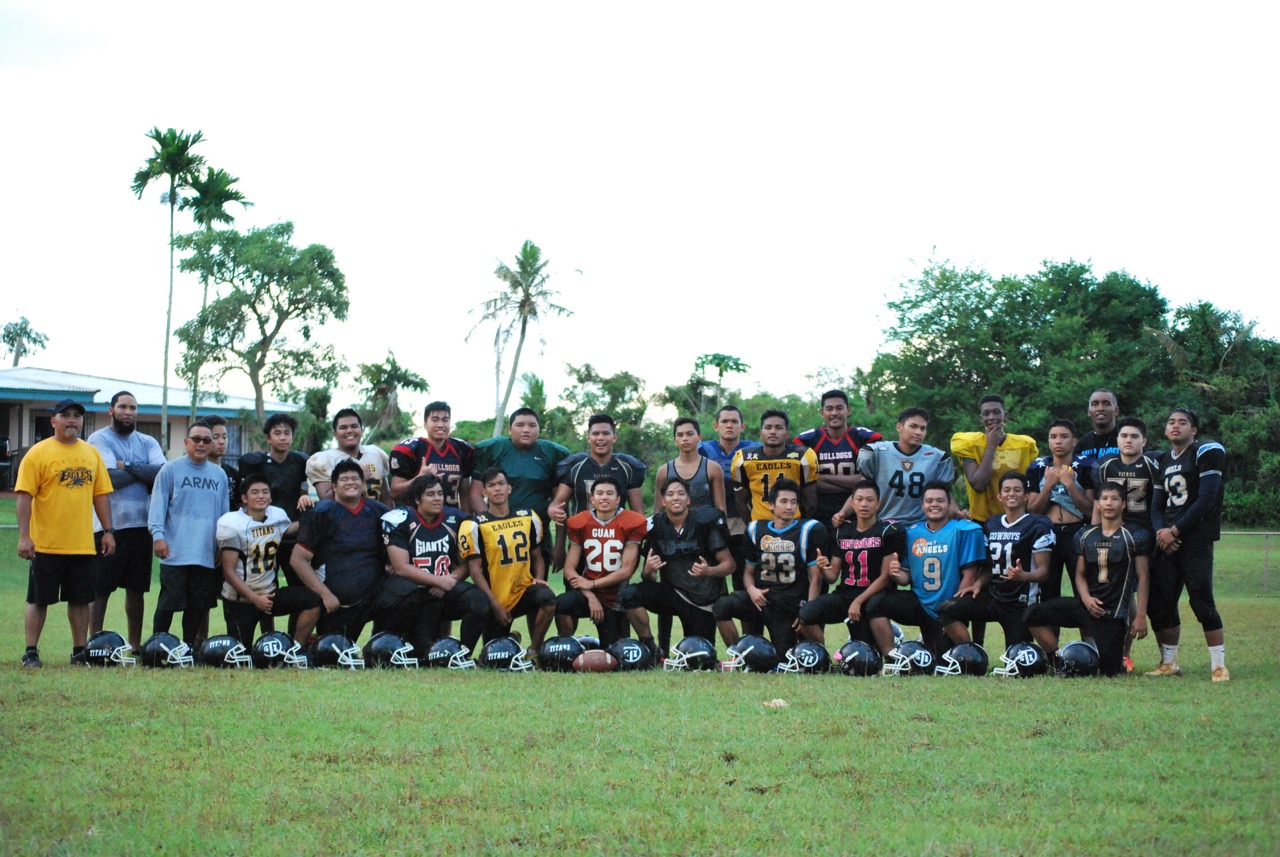 Last season, the Tiyan Titans finished with just three wins and were eliminated from the playoffs in the first round of the IIAAG Football league. Going into their fourth year of the schools existence and their third year in the league, the Titans look to improve with new leadership and a newfound discipline.

The Titans are in the right direction with head coach Danny Cepeda taking over the program. Cepeda was previously on the JFK and Okkodo coaching staffs. For the past two years, coach Rowell Carreon built the program and Cepeda has gladly stepped in to guide the young group. Assisting Cepeda in coaching are Joey Guerrero, Milo Mapote and Marcus Chew.

“We had a good group of 40 players come out for football this year,” said Cepeda. Returning to lead the offense is quarterback Kobe Quiambao. “Kobe is a plus for any coach to have, he is a good leader and he is surrounded by a bunch of key returnees to help the offense.”

“Last year we had only a consistent 10 players coming out to practice, this year we have over 30 players which is really great,” said Quiambao. “We are taking this season one game at a time and try and improve with every game.”

Joining Quiambao in the back field will be running back Javier Lujan. Lujan is excited to get the season going and hopes to improve from last season.

“There were more players that came out for football this year to try and help make a name for the school. We’ve been finishing at the bottom (of the standings) for the last two years and we all just want to help our school move up to the top,” said Lujan.

Lujan will look to move the chains for the Titans with an improved offensive line.

“We have a big line this year, they will be key for us to be successful and put points on the board,” said Cepeda.

“From what the coaches were telling me from last season, the defense is much quicker as a unit than last year,” said Cepeda.

According to Cepeda, Tiyan has a handful of key returnees such as senior cornerback Mark Laanan, senior Fred Lumogda and new guys coming into the program with Isaiah Clemons from Florida to help the defense.

“We have more confidence going into the season compared to the previous two years because we have more discipline,” said Laanan. “This season you are going to see alot more aggressiveness with this defense compared to last year. I’ve improved and everyone else as well with experience,” said Laanan.

“We finished with only three wins last year so we want to improve and finish at the top of the league. We want to prove not only to ourselves, but to the rest of the schools that we can finish up at the top too,” said Laanan.

“From the first day of practice till now we’ve improved so much. The team is more committed to the coaches and we look to do better than last year,” said Lumogda. “I’m excited for this season to start already,” said Laanan.

The Titans start their season on Friday, August 25th at Guam High at 7pm. The Titan home games will be played at Angels Field. They will have their first home game on Saturday, September 2nd against the defending champion FD Friars at 7pm.