The Steelers and Packers faced off Saturday afternoon at the Tamuning field in a Metgot division match-up of the GNYFF. Both teams played their hearts out, but the Steelers ended up winning 26-6 thanks to a strong performance from their feature back. 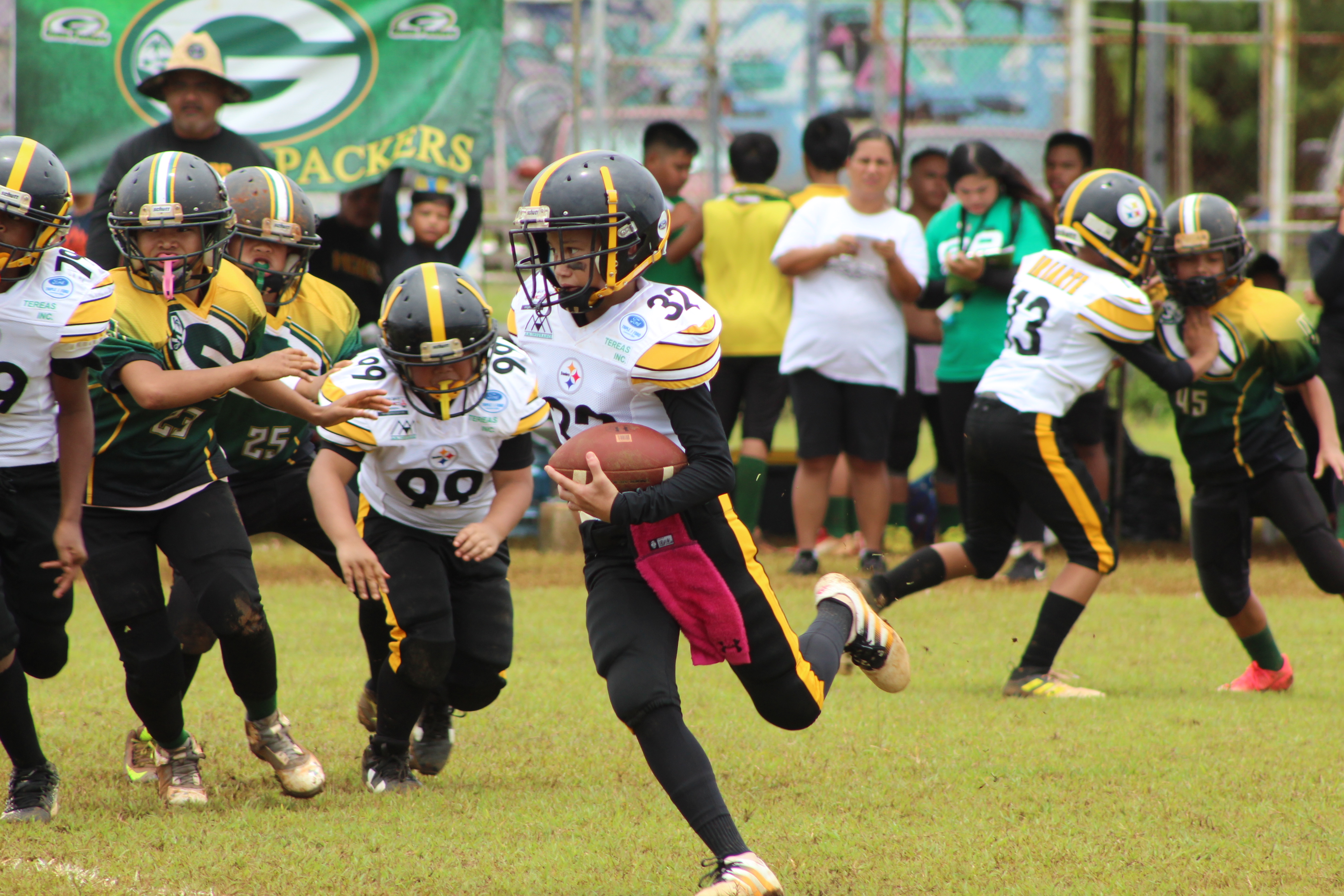 The Steelers and Packers faced off Saturday afternoon at the Tamuning field in a Metgot division match-up of the GNYFF. Both teams played their hearts out, but the Steelers ended up winning 26-6 thanks to a strong performance from their feature back.

The Steelers brought the heat immediately after kickoff, getting a touchdown when Irvin White Jr. was given the ball and ran 52 yards to the end zone. The Steelers got the two point conversion, making the score 8-0, Steelers with an early lead.

The Packer offense was forced to punt after the Steeler defense forced a three and out when they started their first drive on their own 5 yard line. The punt was returned for another Steelers touchdown. The extra point was missed because of a faulty snap. The score was now 14-0.

After the opposing team scored, the Packers had a long offensive drive. Though they didn’t score a touchdown, they managed to get two first downs before the quarterback was sacked by the Steelers defense and did not convert when they went for it on fourth down.

Right after the turnover, Irvin White Jr. scored his second touchdown of the game, a 70 yard run, earning him more than 100 rushing yards in the game. They went for two points and got them, making the score a dominant 22-0.

Packer Josijah Binondo gets some yardage after breaking contact. (photo by Robert Balajadia)

Just minutes before the half, another touchdown was scored by the Steelers. This time, they scored through the air, Jake Calvo caught a 15 yard pass in the end zone, making the score before the half 28-0.

The Packers had possession of the football for the entire third quarter. The team had earned 40 total rushing yards in the quarter before going into the fourth and final quarter, still with possession of the ball. They then rushed 15 total yards to get into the endzone, getting on the board for the first time. This made the score 28-6. This also marked the end of the game.

“This was a win we definitely needed. We showed we could run the ball and our defense showed up,” said the Steelers head coach after a win.

The player of the game for this game was running back Irvin White Jr, after he ran for more than 100 yards and put his team on the board twice.

The final score from today’s Metgot division game was 28-6, Steelers taking the win.