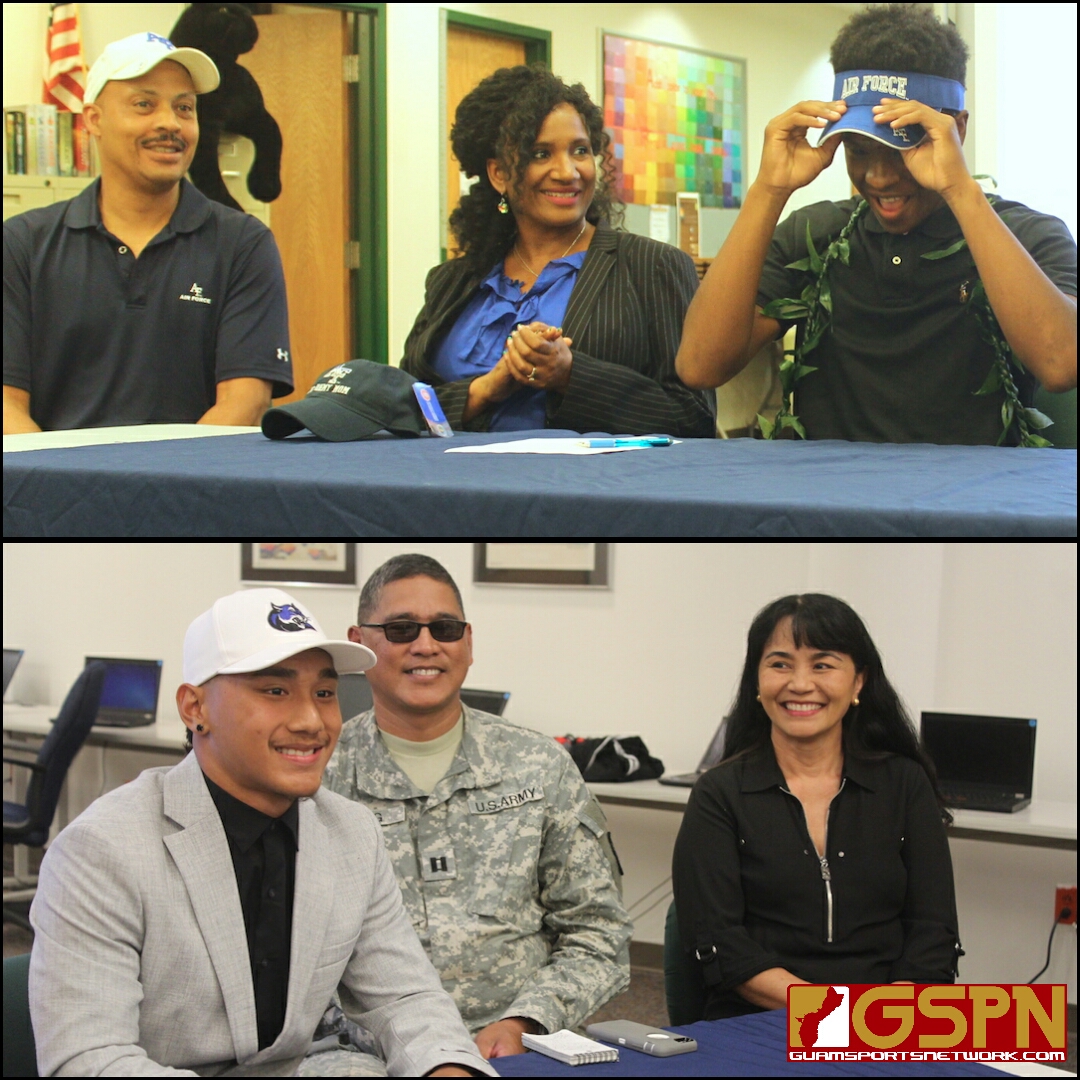 The trend set by the Guam High Panthers in sending Guam athletes to academic and athletic scholarships continued Thursday evening with a pair of football standouts signing their letters of intent at the Panther facility.

Solomon White and Juan King Jr. were the first Panther athletes to announce their colleges on the same day after the signing stage belonged to just one Panther.

White committed to a full-ride scholarship for the Airforce Academy and King committed to a majority scholarship to attend Culver-Stockton College in Missouri. Both student-athletes will be playing football with White claiming he will redshirt his first year.

“I had committed to the Academy a long time ago and when I got accepted I just knew that was going to be where I wanted to go,” stated White on why he chose Airforce.

White also had offers from Missouri and Michigan on the table.

The choice of college wasn’t as easy for the likes of King, who was fielding an offer from North Park University in Chicago where his older brother Jujuan King is currently suiting up.

“It was a very difficult choice and my family and I talked a lot about it, but after talking to the coaching staff up at Culver-Stockton and further talks with the family, we all decided that Culver-Stockton would be the best place for me to go not only for football but to also further my education,” said King.

White was invited to play in the Life Champion Senior Bowl in Hawaii earlier this year where he credited the atmosphere for mentally preparing him for higher level football.

“It really gave me insight on how the level of competition out there is,” added White.

The highlight reels of both Solomon White and Juan King Jr. can be seen on their Hudl accounts below, which always plays a big factor in their recruitment: