GSPN’s Michael Cruz hands out seasonal awards for the 2018 group of players! 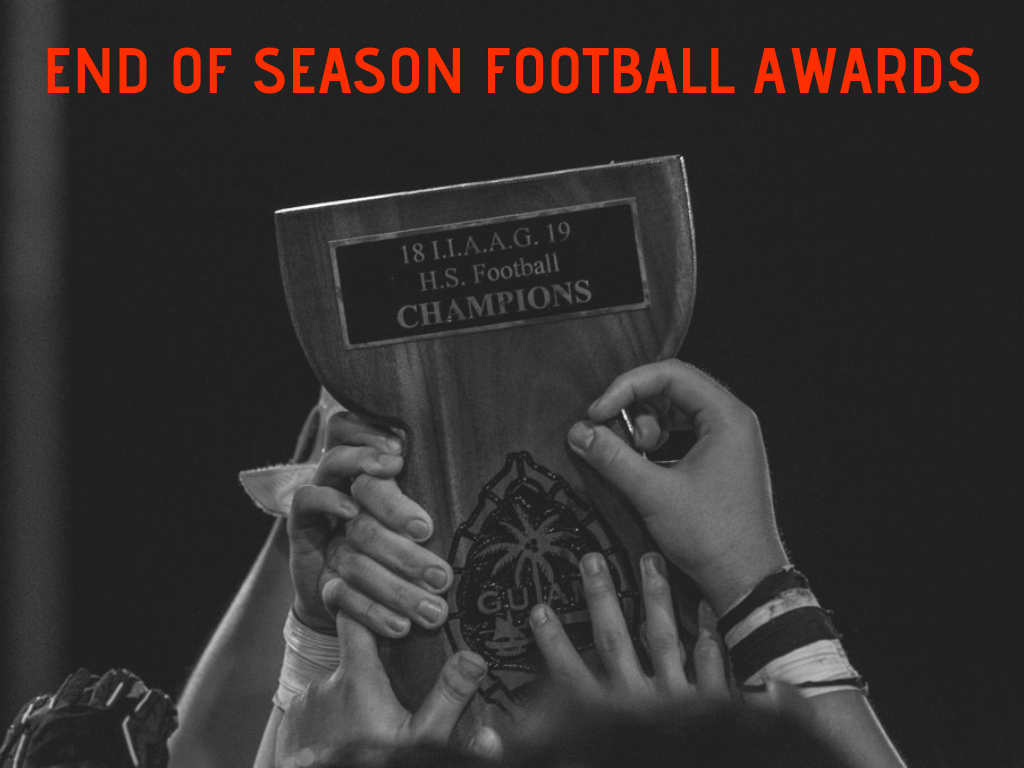 The All-Island awards came out a few weeks back and with the six post season games in the books here is my year end awards as follows.

Kein Artero – Athlete – Add this unofficial award to Artero who already has a Mr. Global Teen and Offensive MVP for 2017. Artero’s numbers were video game like with 1543 yards and 19 touchdowns in just 9 games!

Nicholas Anderson- Last year, Anderson was 3rd on the depth chart. His best game was in the semifinals as he passed for four touchdowns against JFK in 2018. Against GW, he struggled but remained composed to make a key TD pass. Has a lot of upside heading into senior year.

Brian Anderson – He missed out on 1st team to Aaron Jaminila and ReSean Jacobs. In the playoffs his game elevated with four catches for 54 yards and two touchdowns.

Jose San Miguel – The Geckos FB/DT played both sides and was a four-year varsity member. A true ironman player and leader both on and off the field.

Jon Espino – LB – The most consistent player on defense during regular season. His stat line in the playoffs 13 tackles, 4 sacks, and one fumble recovery.

Noah Diaz – Diaz has proved the past two years as the league’s shutdown corner. Returned for 8 tackles and 1 sack in finals.

I know Gavin didn’t play high school on Guam, but he does in the BFL. Anyway, GW’s Aaron Jaminila is my pick here for the no-fly zone.

Rylan Napoleon- The Samoan Chamorro standout had a stellar season finishing with 7 tackles and 1 fumble recovery in finals.

Coaches of the Year

Bruce Meno and Ryan Rios. 40 straight wins, 4 titles, and 10 straight title appearances. Number of rings between them like Bill Russell.

Southern from 0 wins in two seasons to three wins and 5th seed.

Freshman of the Year- Roy Chargulaf-FD

Newcomer of the Year- Evan Brown-FD

Game of the Year

Clutch Play of the Year

Ethan Cepeda- The FD corner made the hit that caused GW to fumble. Well you know what happened after that.

The league has shown that Guam can send more players to the next level. My Top 20 seniors.