The first races of the 2022 ISA Paddling season started Saturday with the distance races of 800m. 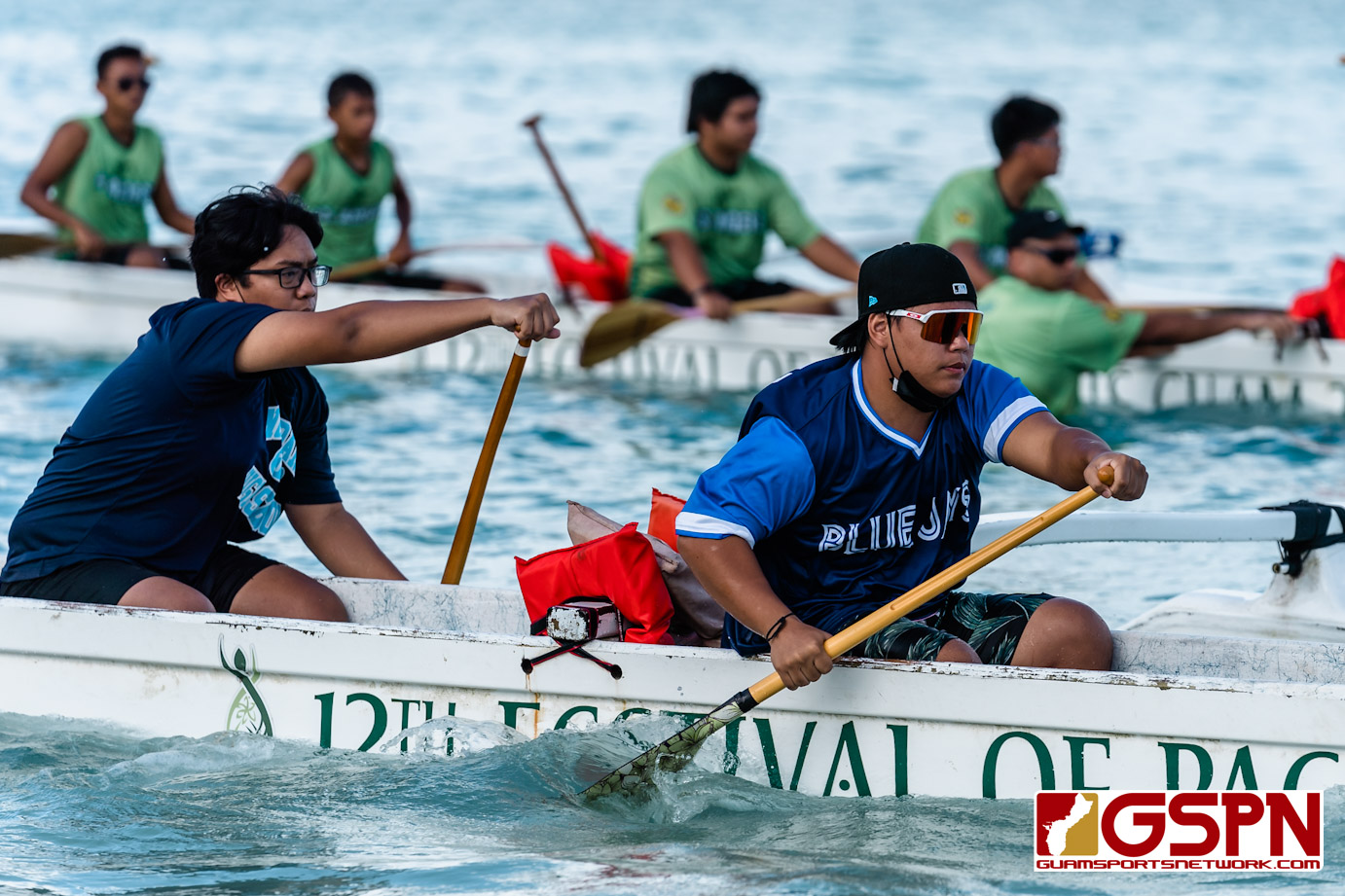 The 2022 ISA Paddling Season officially got underway Saturday morning as eight different schools flooded Matapang Beach to get the season started. Teams underwent three rounds of 800m races with the Okkodo boys and JFK Girls getting the top spots on the day. The ND Royals flourished in the mixed races taking rounds 1 & 2 and coming in 2nd place in round 3!

JFK had swept the entire league in their shortened season in 2021, and Saturday morning looked like they were picking up right where they left off. The Lady Islanders won all three rounds of the 800m races while the boys and mixed boats each took one of three rounds. Despite having their season at an earlier time, since paddling is usually a 4th quarter sport, the team is hitting good strides in just their first outing.

“We feel happy with our outcome and we just focused on our boat with no distractions. We had some difficulty at the beginning of the season, but we’re improving and working harder because we want to hopefully win the Championship again, along with our other boats as well… We haven’t been able to properly train together because of all the restrictions, but we’ve been able to adapt,” said JFK senior steersman KC Abordonado.

And as far as KC’s job, her turns were sharp enough to help her team grab a 1st place finish in all three rounds.

“I’m proud of our turns today, but I still have a lot to improve on. Our girls really brought it today,” added KC.

The Sanchez Sharks boys finished 3rd last season, but this years team is featuring plenty of underclassmen. The Sharks were in the middle of the 800m standings as far as time and they know their best days on the water are still ahead of them.

“It felt great, but we just need to work on pace and timing so we don’t tire ourselves out,” said freshman Noah Fejeran, who’s main role on the team is being part of the ‘engine room’.

The Sharks are prepared to improve in the sprint races which they feel they’re stronger at.

“The short races are more our pace,” added Fejeran.