HOLM ON ROAD TO CANCER RECOVERY

National weightlifter dealt with case of cancer at just 29 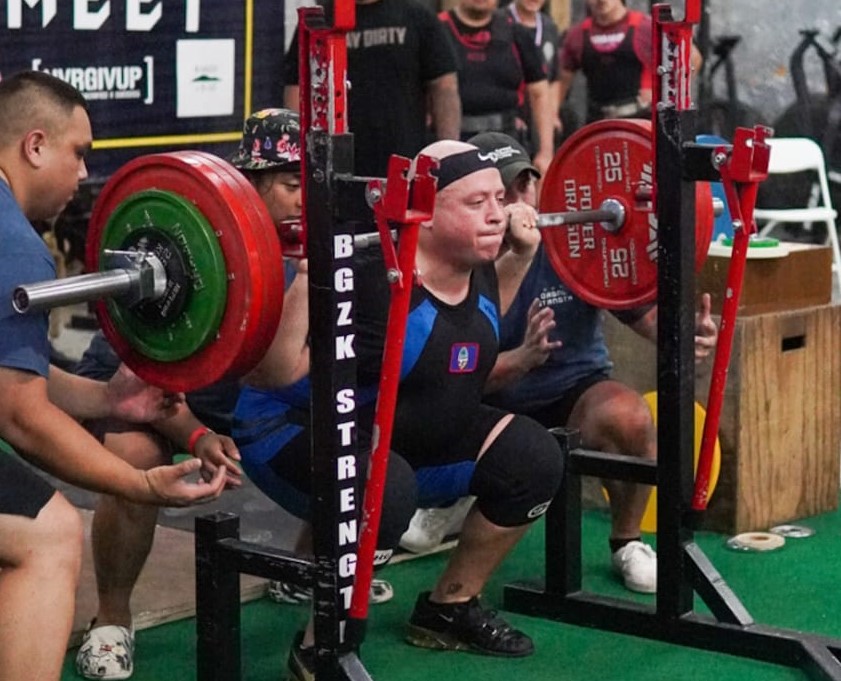 On April 1, 2022, Guam National weightlifter Brandon Holm received shocking news after tests came back that he was diagnosed with testicular cancer. At just 29 years of age, Holm’s training was to suffer a setback to take care of his health.

It was a rough summer for one of Guam’s top weightlifters in his weight division, but Holm did not let cancer get the best of him. Holm received medical treatment on Guam and overseas. Being faced with physical and mental challenges, the 105-120kg competitor attacked cancer just as he attacks the weights: staring it down and pushing with everything he’s got!

“I was able to train during chemo but kept it light at first and only went in on days where I was feeling good,” said Holm. Now that treatment is done, the journey continues and Holm looks to get back to 100 percent.

“I decided to join the (Deadlift) Meet in the middle of chemo treatment. It gave me something to work towards,” said Holm. His last chemotherapy session was on September 10 and there was a powerlifting event on October 8. The event was the Orgin Powerlifting Competition.

“Going into it, all I cared about was getting as close as possible to my previous strength levels before the cancer diagnosis,” said Holm.

Holm entered the competition in the 120kg category and finished in fourth place. Making his way towards the main stage, the support was heard from the crowd as he received cheers.

His totals were 227.5kg in the squat event, 115kg in the bench event and 215kg in the dead lift event. Try doing that a couple weeks after completing chemotherapy!

“I wasn’t going in to win or try to medal. The sole reason was to test where I was at. I’d say the goal was achieved but there’s always a desire to do more/better. We aren’t at 100 percent yet but we are definitely getting closer,” said Holm.

Not even 30 years old, Holm said he plans to compete and represent Guam once again. Holm is the Guam National record holder (120kg snatch and 145kg in the clean and jerk) as a 105kg athlete. The record was earned in New Caledonia at the Pacific Games in 2018. He also competed at the 2017 Asian Indoor Games in Turkmenistan.

“I’m definitely not done trying to return to the international stage. I’d love the chance to compete in the Pacific Games again next year but we’ll have to wait and see what needs to get done in order to make that happen. I’m confident I’ll be back and better than ever before in no time.”

Now that the powerlifting event is over, Holm plans to switch back to full-time Olympic weightlifting. He plans on competing locally in Custom Fitness’ Barbells in Paradise on December 2 and other local competitions thereafter.

Holm gave many thanks to all who have supported him: “There is so many people, it’s been overwhelming but in a good way. My wife (Ana), my daughter (Adeline), my parents, my whole family, friends, my gym family, friends of friends, and the fitness community. I’ve received so much support and kind words/best wishes from people. I definitely wouldn’t have been able to do all this if I didn’t have such amazing support in my corner.”