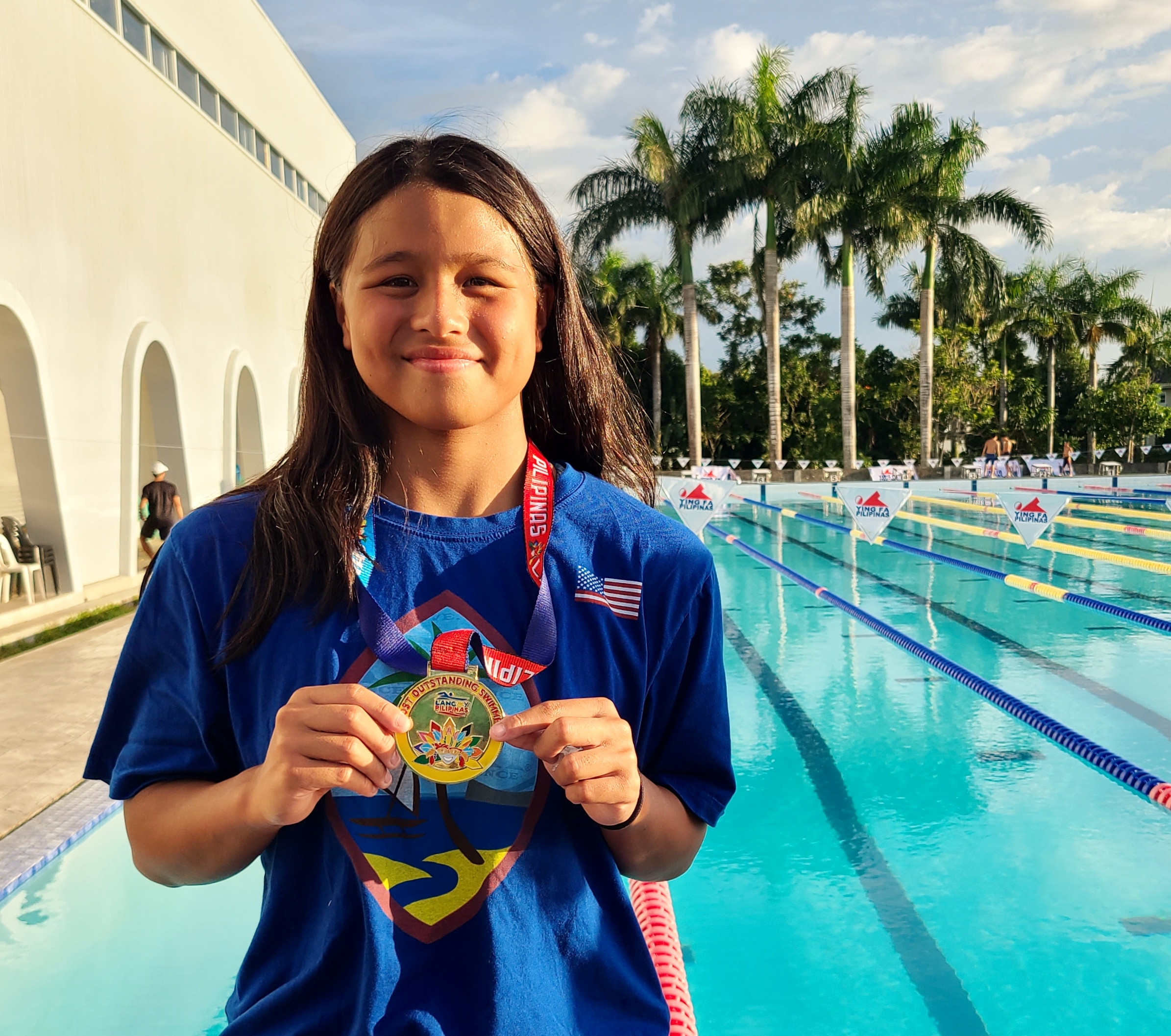 “Our athletes continue to demonstrate grit, skill and their commitment to the sport,” said Coach Andy Lee of Manhoben Swim Club. “We’re grateful to have the opportunity to compete with swimmers from across the  Philippines. Si Yu’os Ma’åse and Maraming salamat po to our hosts, Langoy Pilipinas and Ying Fa Philippines, and  special thanks to our swimmers, their families, and the community for their support.”

“We are thrilled to welcome the Manhoben Swim Club from Guam to compete in our event and help us to celebrate  the first Masskara Festival since the COVID-19 pandemic,” said Cris Bancal, Langoy Pilipinas Meet Director. “It has  been a great experience connecting with Guam swimmers and we look forward to visiting your beautiful island in the future with our Philippine teams.”

Continuing the streak on Sunday, October 23rd with a time of 27.73 in the 50m freestyle, Lee again came in first  place in the 13-14 girls division, first place female overall and broke the Guam 13-14 age group record of 28.33  previously set by Pilar Shimizu in 2011. Note: This time is also faster than the Guam national record of 28.14.

Led by Coach Andy Lee, swimmers Israel Poppe, John Moore IV, Keana Santos and Mia Lee represented  Manhoben Swim Club at this international meet. Swimming since the age of 4, Poppe is an active member of his  church and enjoys cross country, off-roading and video games. Poppe is a sophomore at Guam Adventist Academy. A freshman at Father Dueñas Memorial School, John Moore IV is an all-around athlete and enjoys soccer, water  polo and volleyball. This event was Moore’s first international swim meet and he achieved personal records in all  10 events. Santos is a sophomore at John F. Kennedy High School, who looks forward to local and international  swim competitions, drawing, surfing, and scuba diving. In addition to six other events, Santos swam the 50m  butterfly and 100m freestyle, taking bronze in both. Lee is a sophomore at St. John’s School, scholar athlete, avid  reader, and community volunteer.