It’s officially National Signing Day in the U.S. and two out of three of Guam’s football hopefuls are soon expected to make their announcement on which college they will sign with. Guam High Panther Keith ‘Trip’ Chauret is expected to make his signing to a D1 school Thursday while Kini Makaneole and Quintin Iriarte are holding on to their offers. 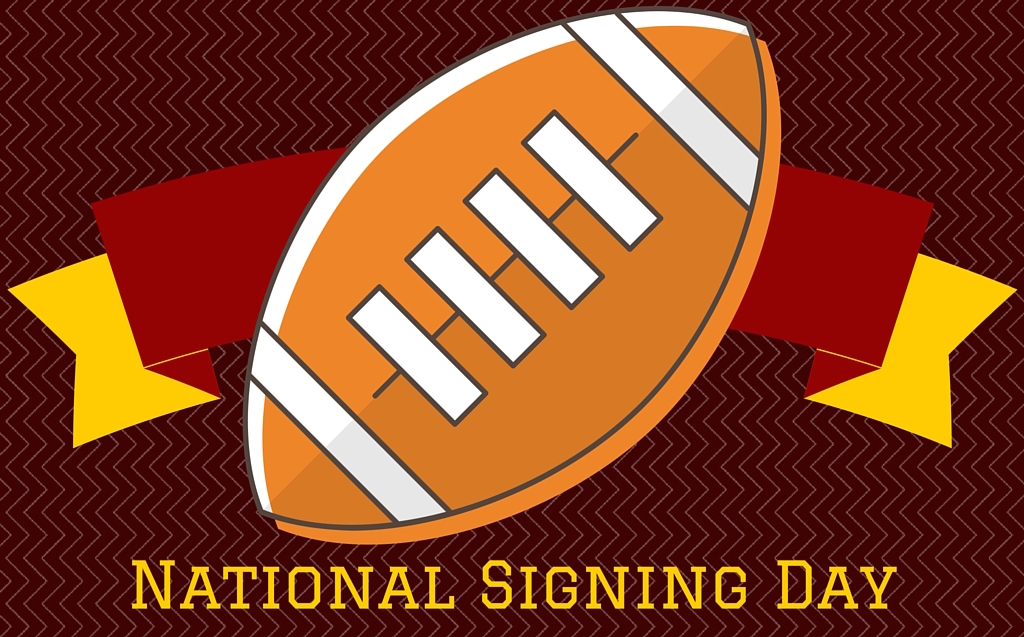 National Signing Day is the first day high school seniors can sign their national letter of intent to play college football at D1, D2, or NJCAA level. Seniors have also known to announce their plans to play D3, NAIA, or Junior College football on the same day. Instead of a signing to the D3, NAIA or JuCo, they enter a formal verbal agreement.

‘Trip’ is expected to make his announcement to a Division I college Thursday evening at 630 pm. GSPN will be there to catch Chauret’s National Signing Day experience.

Chauret helped Guam High to a 5-5 record and 3rd Place win. He played multiple positions on both sides of the ball. Chauret had close to 100 yards receiving on the season and made numerous tackles on the defensive side. Chauret suffered a broken humerus at the HFC Bowl in Hawaii. He was also selected for NUC All-Star Game and GSPN All Star Game.

Chauret is recovering from injury and plans to sprint for Guam High in the 4th quarter.

Makaneole transferred to Niceville High for his senior year. He played three years at Guam High on both offense and defensive lines. His senior year, he bulked up and earned the starting offensive right tackle position.

Niceville made a run to the state semifinals. Kini was selected and played in the North Florida Panhandle all-star game sponsored by Subway. He picked up his first offer from Trinity International College which is a NAIA football program. Makaneole is still working on getting more offers before announcing.

Iriarte led Radford to a Division 2 state title in Hawaii. His accolades were enough to be nominated for 2015 GSPN Athlete of the Year. Quintin was selected for the HFC Bowl and threw for two touchdowns. He projects as a Division 3 or NAIA player. Iriarte has received interest from about 18 schools and is working on securing an offer to play college football.