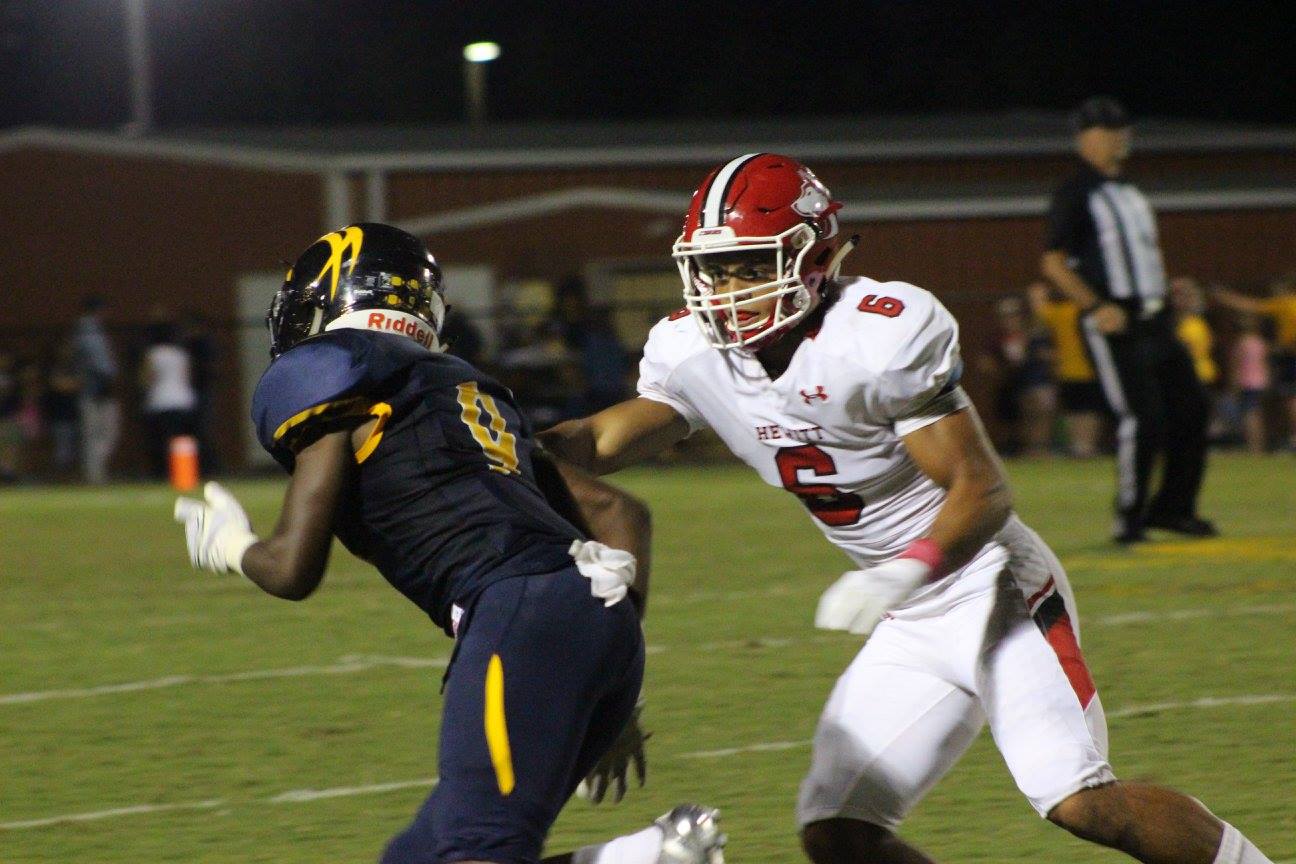 Acfalle brings the cornerback tools at 6’0″, 195 lbs with a 41″ vertical. He also has a good GPA in school. (courtesy photo)

ALABAMA – Football is life. And, even in the great state of Alabama, a defensive back with ties to Guam lives that life and is making a name both for himself and his Chamorro heritage.

On February 1st, David Joshua Acfalle committed to play football for the University of Alabama at Birmingham. Acfalle is one of nine newcomers who are part of the 2017 recruiting class under Blazers head Coach Bill Clark.

Acfalle is the grandson of Lee Ann Crisostomo Cruz of Hagatna and David Manalisay Acfalle from Merizo. His parents are Tom and Mary Therese Acfalle Callens and Phillip Freeman.

“(National Letter of Intent Day) is really exciting because this is our first big high school class since the return and this is our future,” Clark said. “We know how important football is to the state of Alabama. Those are the guys we are going to target.”

“They now see the football commitment at UAB,” Clark added. “Where we’re headed is really exciting.”

“In high school, he played the first two years as linebacker and his last two years as corner. He is a cover corner that plays very physical,” said his mother Dr. Ria Acfalle Callens. “He shuts down his side of the field. Offenses hardly throw or run the ball on his side.”

“I think my biggest attribute is my speed and agility and I’m very physical as a cornerback,” Acfalle said.

And he’s got some serious strength to complement his speed. He has a 290 lbs. bench press and a 455 lbs. squat. There’s no doubt that Acfalle will be formidable in the secondary.

He suffered an injury in 2016, but Acfalle bounced back in a big way to finish his high school football career. In his senior season at Hewitt-Trussville High School, Acfalle tallied 49 tackles (42 solo) with 10 pass breakups, a sack and an interception. He was key to the Huskies finishing with an 11-1 season and the No. 2 seed in the Class 7A playoffs.

“I want to impact the athletes from Guam,” Acfalle stated. “I want to show them that anything can be achieved with effort and determination.”

Acfalle succeeds off the field as well. He has earned an overall GPA of 3.8 and is looking forward to the same success at UAB.

“I also want to be the best academically of all college athletes,” Acfalle added.

At this rate, there is no stopping Acfalle from getting where he want to go.

For more information on Acfalle, you can also check out: