The #3 AutoSpot Canyons punched their ticket to the Aloha Maid Amateur Championship Game and a rematch against #7 Sumay Chiefs with an 8-4 win over the Rays Sunday afternoon at Okkodo High School. 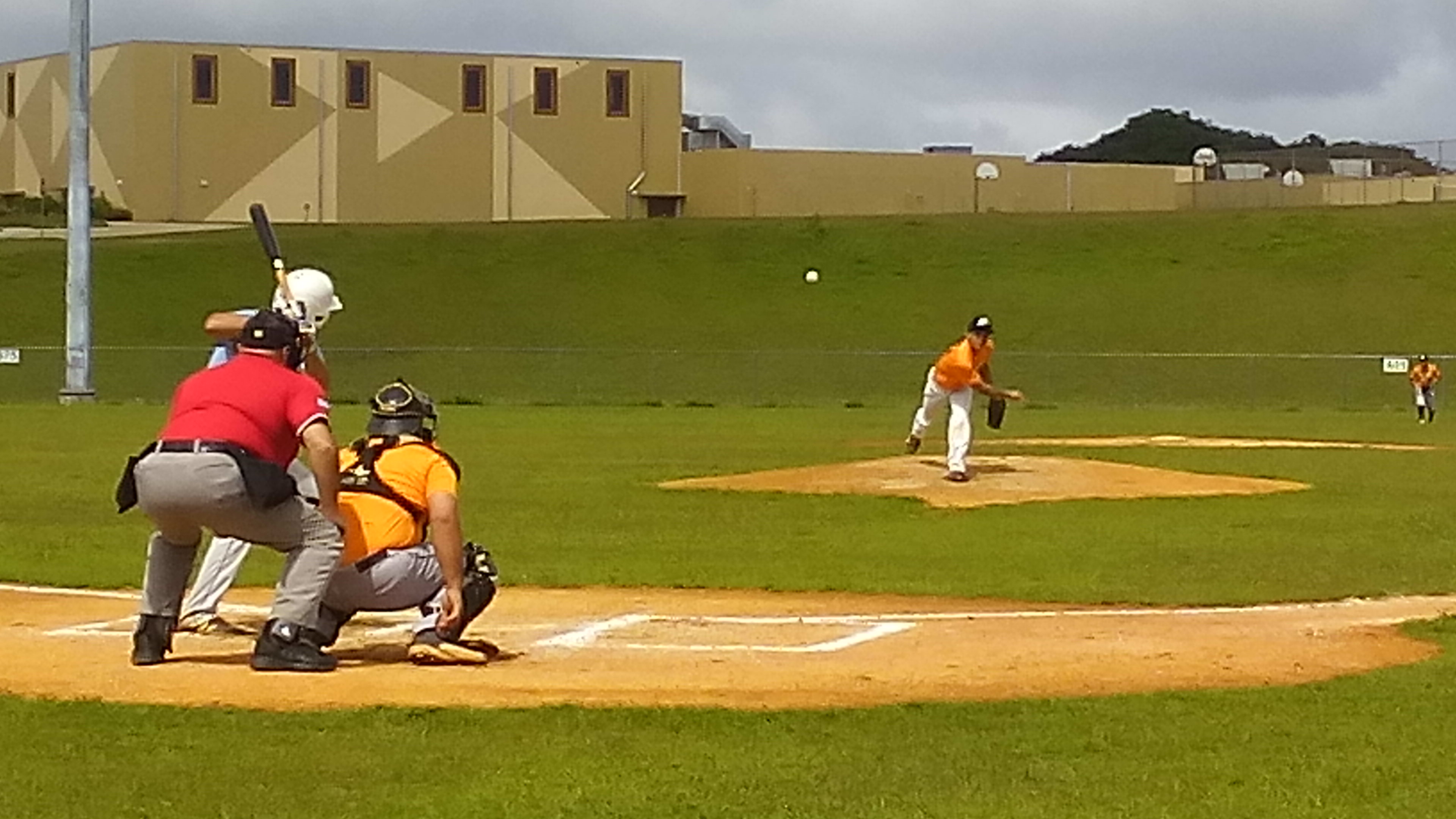 PRESS RELEASE – The #3 AutoSpot Canyons punched their ticket to the Aloha Maid Amateur Championship Game and a rematch against #7 Sumay Chiefs with an 8-4 win over the Rays Sunday afternoon at Okkodo High School.

The Canyons jumped out to an early lead rallying for five runs against Rays starter Athan Yatar in the top of the second inning.  Eric Cepeda and Carl Quintanilla added RBI hits as the Canyons took a 5-0 lead.

The Rays would chip away and would rally against Canyon’s starter Mike Muna in the bottom of the third.  Isaiah Nauta got the Rays on the board with a two RBI single and John Sarmiento capped the rally with a RBI sac fly to cut the Canyon’s lead to 5-3.

The Rays would chase Muna in the bottom of the 6th inning getting the tying runs on base.  Ray’s Justin Candoleta would deliver a RBI single off Canyon’s reliever Freddy Cepeda to cut the lead to one but Canyon’s left fielder Eric Cepeda would cut down the runner at the plate to keep the Canyon’s on top 5-4.

The Canyon’s would add insurance in the top of the 7th inning scoring three runs to extend the lead to 8-4.

Cepeda would work out of a bases loaded jam in the bottom of the 7th inning to notch the save and secure the 8-4 win for the Canyon’s.

Canyon’s shortstop Carl Quintanilla finished 3 for 4 with two RBI and a run to earn Aloha Maid Player of the Game.   Muna gets the win going five innings with seven strikeouts and three earned runs.

Ray’s McCarthy and Candoleta had two hits each in the loss.  The Rays close out another good season taking the 3rd place finish.

The AutoSpot Canyons advance to take on the Sumay Chiefs in the Aloha Maid Amateur Upper Division Championship game this Wednesday 6:30pm at Okkodo High School.  For schedules, scores and live updates go to Facebook/AmateurBaseballGuam.