The FD Friars had been locked in for the entire 2017 playoffs as they defeated each of their opponents via 10-run mercy ruling. Saturday evenings championship game at the Paseo Stadium was no different as they shutdown the dangerous GW Gecko offense for a 12-1 victory through fourth-and-a-half innings for the league title. 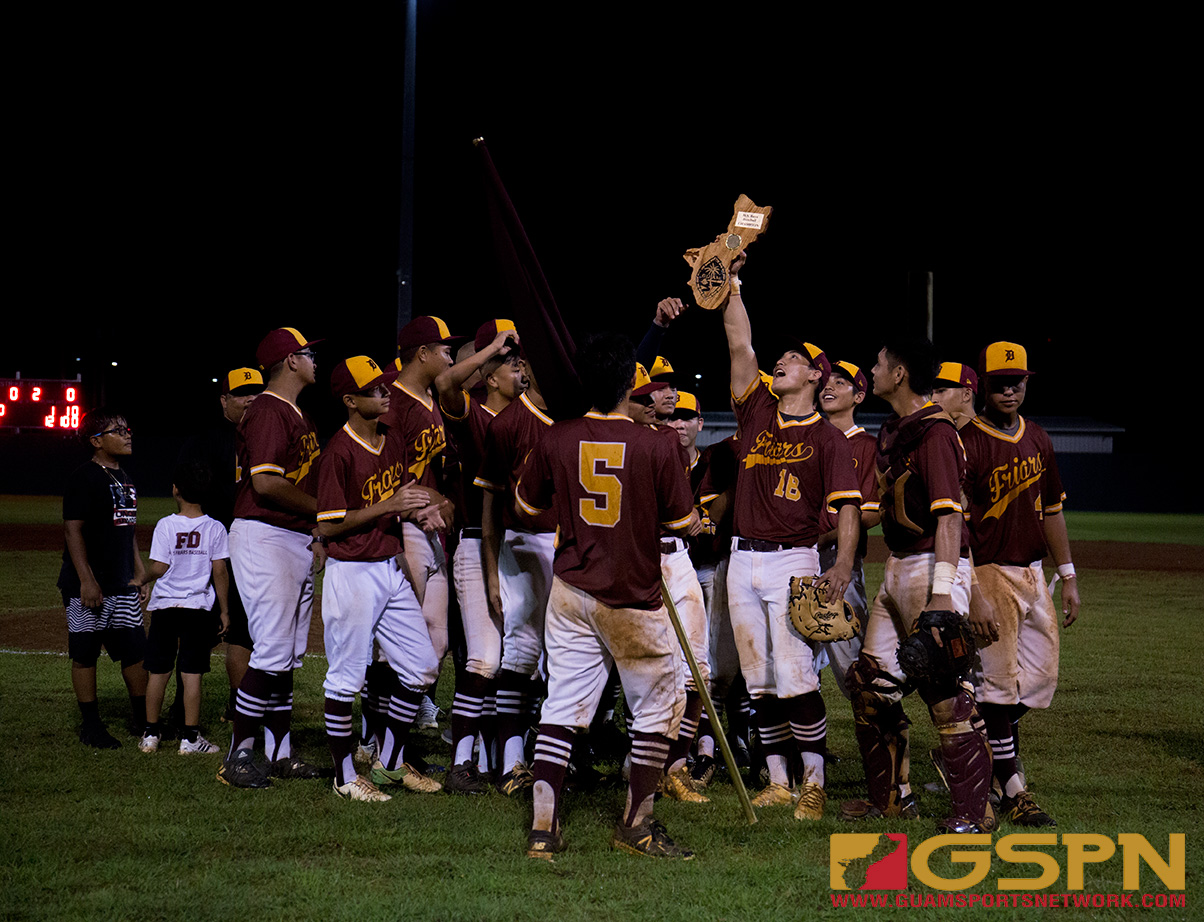 The FD Friars had been locked in for the entire 2017 playoffs as they defeated each of their opponents via 10-run mercy ruling. Saturday evenings championship game at the Paseo Stadium was no different as they shutdown the dangerous GW Gecko offense for a 12-1 victory through fourth-and-a-half innings for the league title.

The FD defense was led by fiery freshman pitcher Ethan Lizama, only allowing one hit and one run combined throughout the entire 4.5 inning game.

The FD batting game also did ample amounts of damage to the defending champion Geckos. However, many of the runs in the fourth inning were made due to miscues and errors by the Gecko defense after wild pitches that led to stolen bases and scores.

One of the more impressive offensive plays completed by the Friars was an RBI double hit by Ethan Lobaton which earned three total runs.

“We had to stay low and keep going, we wouldn’t settle for anything,” stated freshman pitcher Ethan Lizma, by way of ND, after a big offensive effort.

The only run the FD defense allowed came from a sacrifice flyball hit by Gecko heavy hitter Isaiah Nauta. Other than this lone run, the pitching and all of the other factors of defense were very impressive.

“The plays we had on defense really locked me in,” said Lizama. “It felt good from the beginning.”

The first inning went by very quickly all around thanks to the FD defense who started things out preventing runs in a one, two, three manner. When the Friars came up to bat, they scored a quick three runs, all three came from a set of RBIs, including an RBI triple hit by second in the lineup batter Ethan Lobaton. The score at the end of this inning was 3-0, Friars with an early lead.

In the top of the third, GW cut into FD’s lead after Isaiah Nauta hit an impressive sacrifice flyball. The runner made it home seconds before the third out was tagged, so the run counted at the end. This made the score 3-1.

In the middle of the fourth inning, GW switched Aaron Jamonilla over to the mound as a new pitcher due to the fact many batters were being walked by EJ Cali, causing runs to be scored little by little. The score was 6-1 by the time there was a pitching change.

Even after the change, FD scored their final six runs in the bottom of the fourth inning. Three of these were registered in by Ethan Lobaton and his impressive RBI double.

The score at the end of the championship game was 12-1, FD humbling last year’s title winners of GW. FD has won the title after several years of placing third overall. This win came on Friar head coach Pat Leon Guerrero.