The two-time IIAAG Football Champion FD Friars will have their work cut out for them during the 2017 season. With a few new players filling in different roles, the maroon and gold are out to prove they’re still the team to beat. 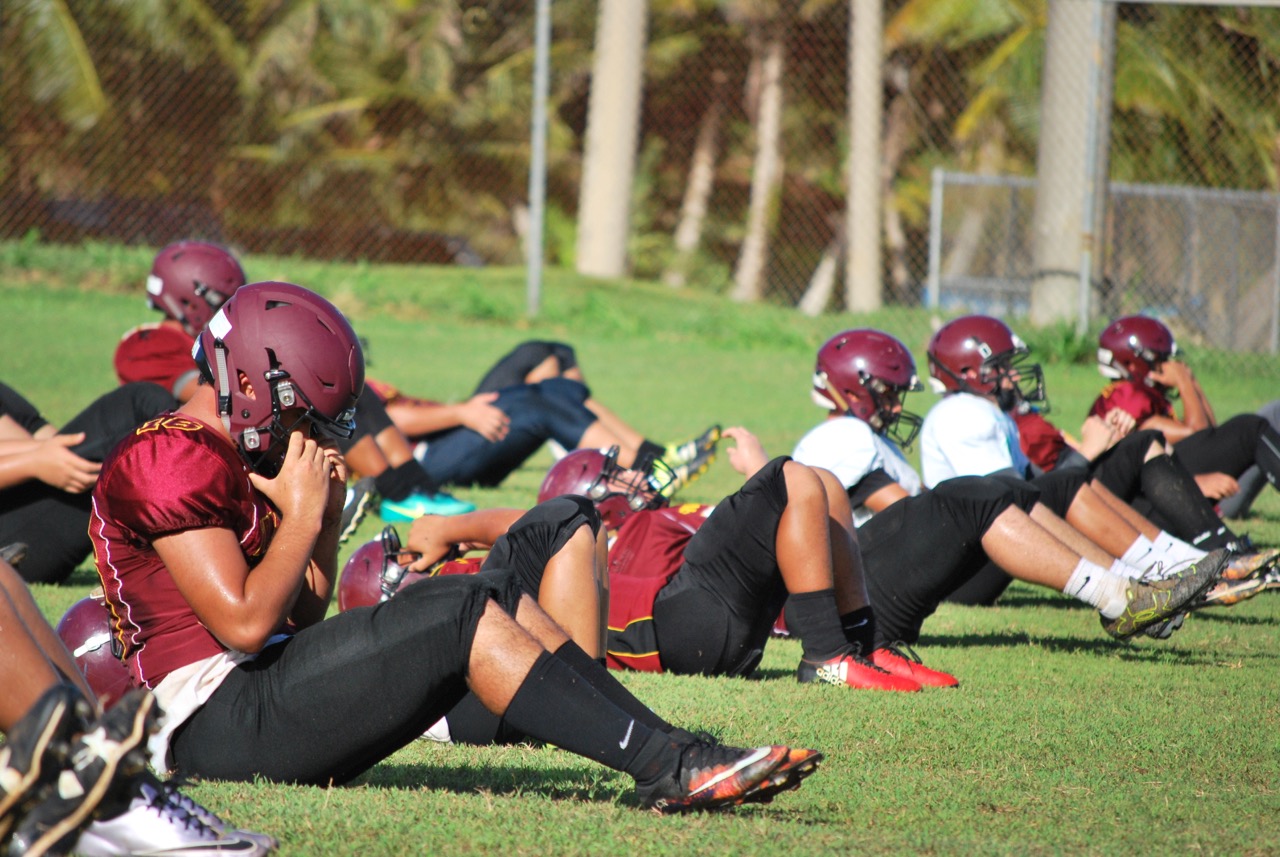 To achieve their goal of winning another title, the Friars will face tough opposition and must dig deep to make it back to the championship game, a game they defeated the GW Geckos 27-6 a season ago.

They will miss running back Cruz who rushed for over a thousand yards and also rushed for 229 yards and three touchdowns in the championship game.

On defense, Mesa had several tackles and a fumble recovery as the Friars hoisted the infamous Guam shaped championship trophy once again. Both will not be playing for the Friars this year with Cruz moving to play football in Texas for his senior year and Mesa graduating.

Although the workhorses named above are gone, Senior Quarterback Daniel Phillips said his team will work together to continue the Friar winning ways.

“Each individual is going to come out and improve every week in practice and just give it their all,” said Phillips.

Phillips did not play the semi-finals and the championship game due to health issues but is back and eager to take the field.

Phillips credits the coaching staff led by Meno and defensive coach Keone Badua. “If you don’t have the right guidance, you can’t take talent anywhere. The coaching staff is doing a good job helping us develop to get where we need to be,” said Phillips.

Joining Phillips in the backfield will be running backs Kai Akimoto, Kein Artero, and new recruit Xavier Naputi (from GW). Kyle McIntosh and Jobe Guzman also look to have strong seasons with experience and size on the O-line.

“Having to fill the shoes (of all the good players from last year) is a challenge but it’s motivated all of us as a group to work harder,” said Akimoto.

Despite losing so many offensive weapons, the defense will look to fill even bigger shoes with last seasons MVP Mesa and the hard hitting Tonu San Nicolas and Pierre Aflague gone via graduation. The Friar defense was superb last season, allowing a total of 19 points during the entire regular season and playoffs.

Now the question is, can this defense live up to the standards of their predecessors from last year?

Some of the key defensive players this season include Kyler Valencia, Austin Peredo, Jalen Delgado, and Isaiah Reyes.

“Of course there is going to be alot of pressure on the defense this year but we deal with the pressure by preparing ourselves in practice by working hard and listening to our coaches,” said Delgado.

Delgado, a senior defensive tackle, will try and help the “maroon wall” to be the best defense once again in the league.

The season was pushed back a week by a 9-3 vote (unofficial) due to lack of field preparation and some teams haven’t started school yet. The Friars are scheduled to make their season debut against a hungry JFK Islander team on August 26th at the UOG field at 10am.