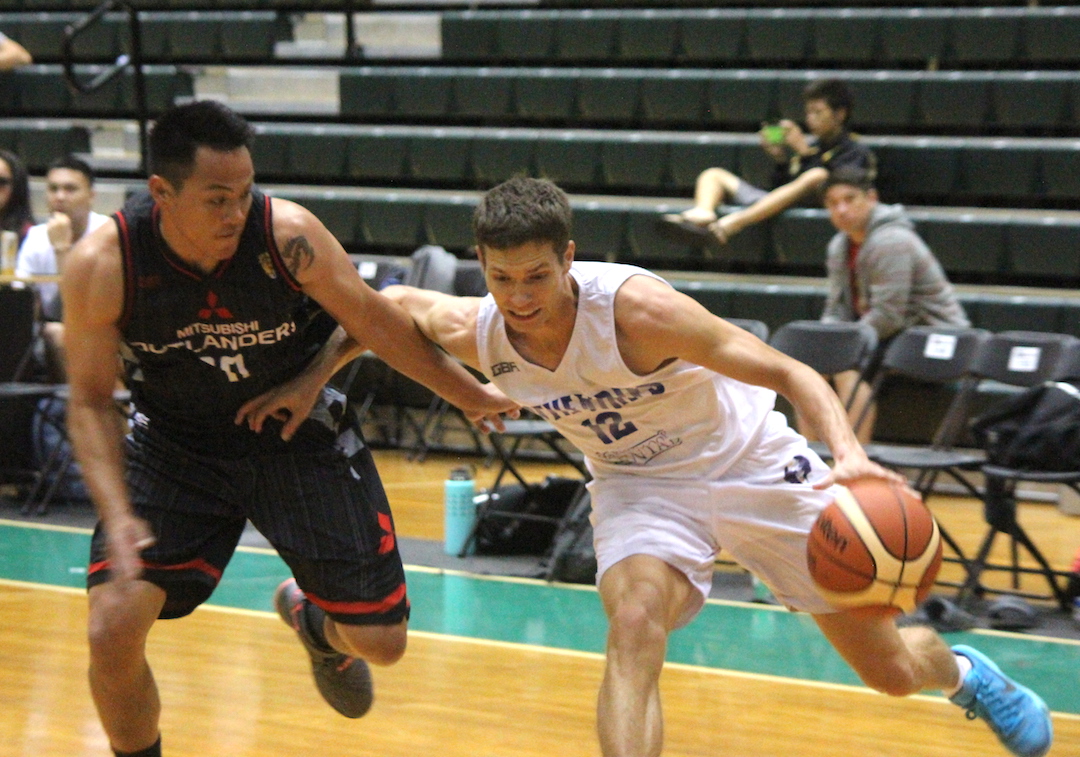 The playoffs for the GBA Men’s Basketball league will begin this Tuesday with the regular season wrapping up it’s final games on over the weekend Saturday. Team MVP finished the season undefeated, clipping the Auto Spot Phoenix 124-88. JP Cruz led MVP with 28 points, 11 assists and six steals as they head into the playoffs as the top seed.

“I think the main difference from last year is that our players understand each other and we all know how to play our roles,” said Cruz. Cruz played on the MVP squad last season but they lost to the Tooth Fairies in the GBA Finals series.

This season, MVP is healthy and they added big man Christian Kakonda to add size which was missing last season. The “big three” scoring threat of Cruz, Joe Blas and Darren Hechanova will cause havoc to the opposition.

Cruz said despite the record, his team will not take any team lightly. “We are just going to continue to play our game and keep this momentum heading into the playoffs”. Cruz also said a great part of the success is due to the guidance of coach Fred Peters as well. “Coach (Peters) is a big difference this year as far as guiding us and doing a great job with the rotation,” said Cruz.

With seven teams in the GBA, the top team will have a first round bye while the teams finishing from second through seventh place will battle in a single elimination game to advance to the quarter finals.

The Tooth Fairies and the Mitsubishi Outlanders battled for playoff position in the second game of the afternoon to determine the third and fourth seed. The Tooth Fairies took advantage of the Outlanders missing a few key players and took home the 124-106 victory.

The Tooth Fairies jumped ahead early with James Stake and Earvin Jose sinking three-point baskets. The Outlanders tied the contest at 13-13 with John Chaco draining a three-pointer and James Collins using his height to score in the paint.

The Tooth Fairies went on a small run and started to pull away in the second quarter with Edgardo Baza draining three mid-range jumpers and guard Kirk Long scoring in transition to jump ahead 59-43. Long continued to push the tempo in the third quarter to go ahead by 21 points.

Jose said it will be a difficult task to three-peat as champions, but their experience will help. “Every team has gotten better compared to last season,” said Jose. “MVP obviously improved their personnel and they will be tough to beat”. The Tooth Fairies secured the third seed with the victory and they will play the Tritons in the first round of the playoffs. “The Tritons also improved from last season, every team is capable of doing well in the playoffs from top to bottom so we just have to continue to play hard,” said Jose.

The KFC Bombers finished second in the season with a 9-3 record, losing to MVP twice and the Outlanders. The Bombers defeated the Tritons 100-76 Saturday afternoon to secure the second seed. Ledget Glover led the Bombers with 20 points; Jerry Clayton had 19 points and 10 rebounds. The Bombers will play the Mactech Nerds in the first round.