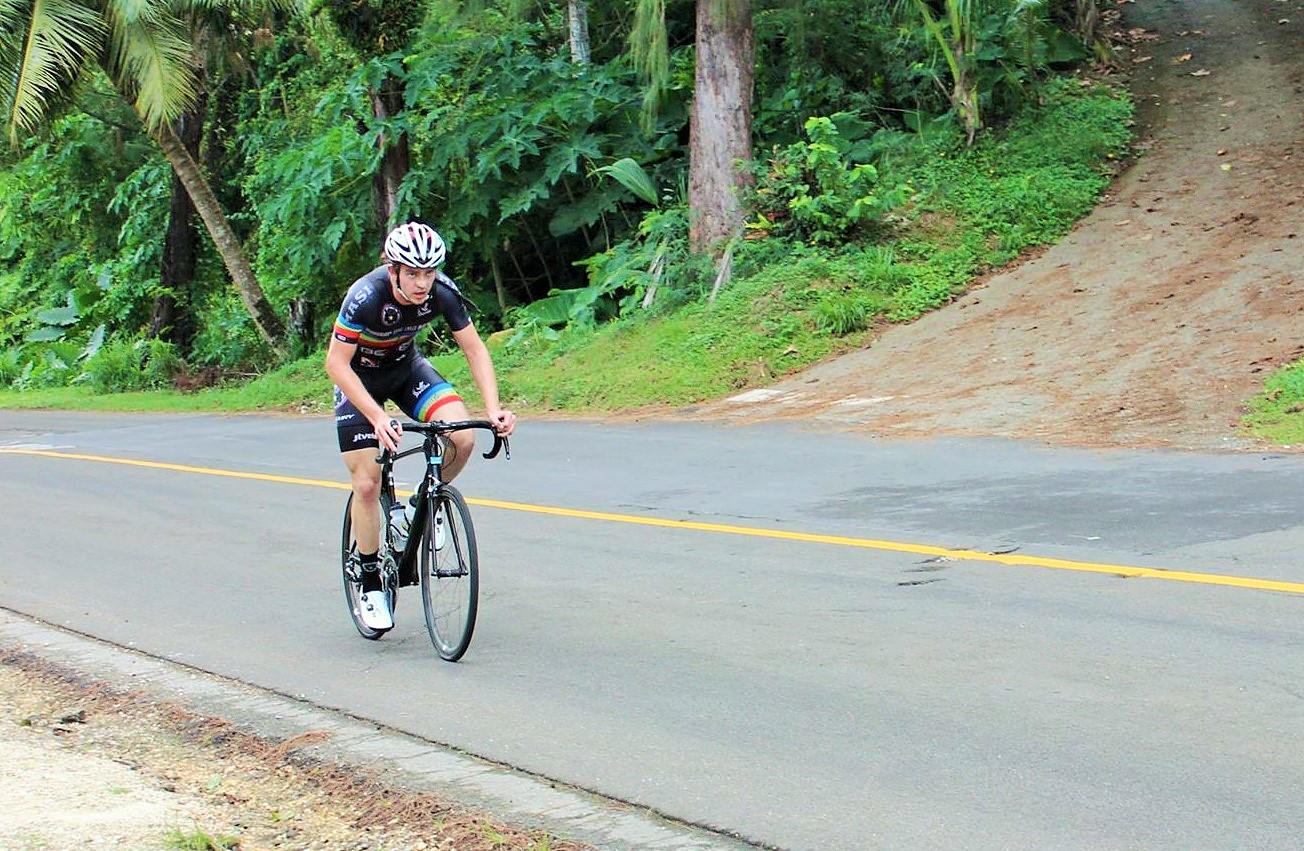 21-year-old Jake Jones, home for the Holidays from college break, finished the grueling Tour de Guam race that started and ended in Hagatna in three hours, seven minutes and 33 seconds.

The college rider out of North Carolina’s Lees-McRae College represented his school in the collegiate nationals last year in Colorado and hopes to do it again in 2018 with the college season just around the corner in Spring.

Galedo is part of the Philippines’ 7-11 pro racing team. He also took first place in last week’s Hell of the Marianas race in Saipan.

The long rout took the riders up toward Chalan Pago and past Yona into Cross Island Road. They then turned left in Santa Rita around the southern part of the island before going back through Cross Island Road, to the right this time back to Hagatna.

Taking the top female spot was Laura Nadeau who blew away the small field in 3:14:15. The next finisher was a Japanese rider more than 11 minutes later. Nadeau is a former soccer player at Old Dominion and is now an established resident on island.

Here is the rest of the results (CLICK HERE)

Riders get ready for the 2017 Tour de Guam cycling road race this past Sunday in Hagatna. (courtesy photo)

Long Course riders of the Tour de Guam jockey for position as they past through Pago Bay Bridge on their way down south. (courtesy photo)