The Angels and Southern Cowboys played in the Manha Championship game at the Hal Shiroma Memorial field on championship Saturday. 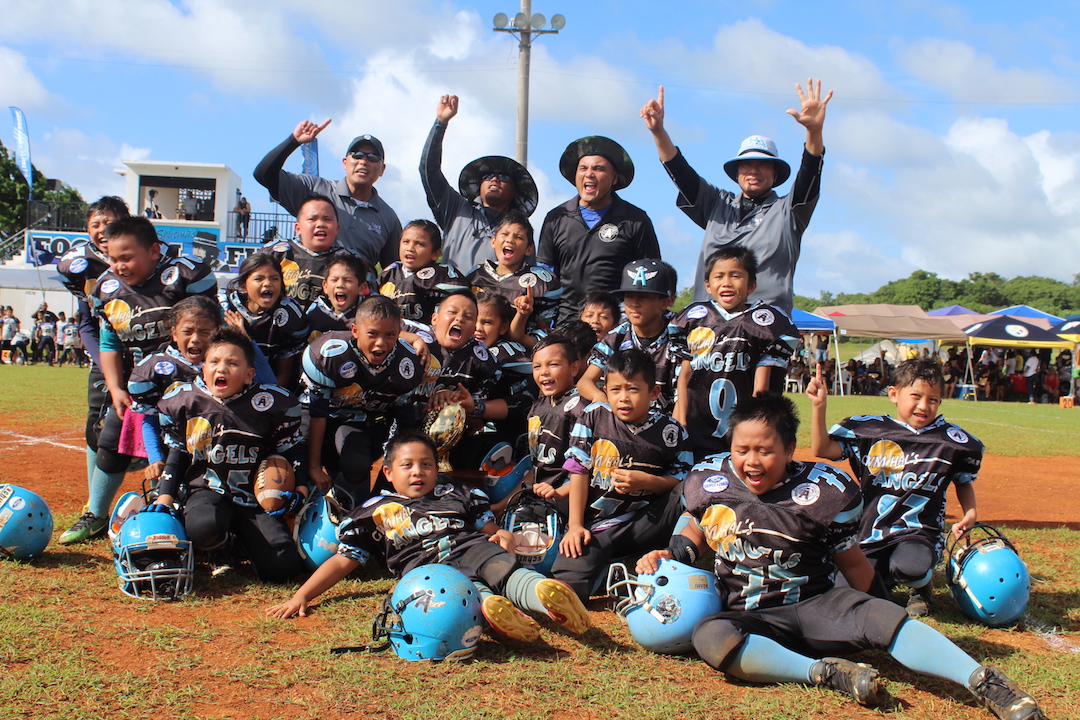 The Hal’s Angels and Southern Cowboys played in the Manha Championship game at the Hal Shiroma Memorial Field on championship Saturday. The Angels came out of the game winning their sixth consecutive title 21-14 while holding off a late-game drive by the Cowboys for the title.

This game was definitely a thriller, as the margin of victory was only a touchdown. Evan Cali led his team to victory when he earned a hat trick. One of these touchdowns was a very impressive 35 yard rush to the end zone.

“It was a good feeling, we kept running and made touchdowns,” said Cali, “It felt good because this is my second year.”

The Cowboy offense kept the Angels defense on edge, scoring two touchdowns of their own. One of these came just a couple minutes before the game was called

The Angels started the second quarter with a touchdown. This touchdown came a few plays after the entire team helped their quarterback, Evan Cali, push about 12 yards for a first down. Four plays later, Cali ran 25 yards to the end zone to get on the board. The score at the half was 7-0.

Evan scored his second touchdown of the day in the third quarter. This was a short five yard run. This made the score increase to 14-0, the Angels starting to look very convincing.

Southern Cowboys cut into the lead in the very beginning of the fourth quarter when Javen Nededog snuck past the defense and ran 14 yards to the end zone, making the score 14-7. The Angels answered back shortly. Evan Cali scored his third and last touchdown, running 35 yards.

Just minutes before the end of the game, Joshua Taimanglo of the Cowboys bolted 45 yards for a final touchdown.

The Angels ended the game in victory formation, defeating their opponent 21-14. Both teams played hard, but the Angels came out on top, winning their sixth title in a row.

Cowboy Javen Nededog gets loose on a run to the outside. (photo by Robert Balajadia)

Angel Evan Cali gets a stop in the backfield as Ian Manglona tries to get a first down. (photo by Robert Balajadia)

Justin Sablan uses reads the defense on a handoff inside. (photo by Robert Balajadia)