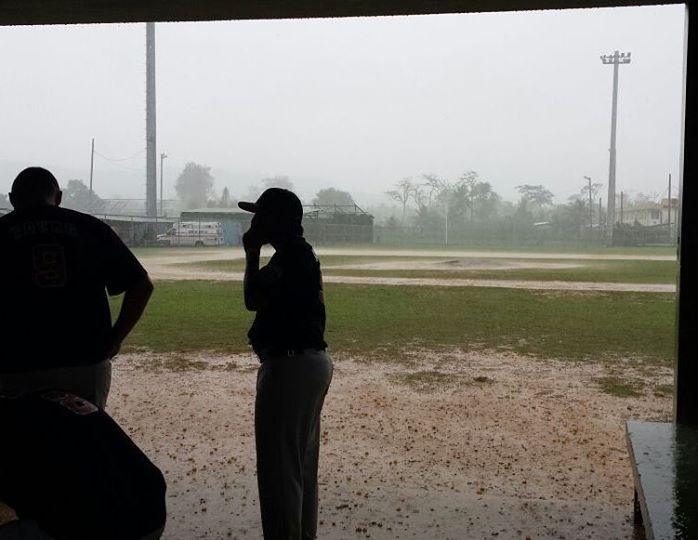 The recent rain showers on Guam has extended to our northern neighbors in Saipan, causing our 15-16 baseball team a chance to advance to the Little League Senior World Series.

With the championship first pitch of the Asia Pacific Tournament against the Philippines slated for 1 pm on Thursday, the rains caused a delay twice before the tournament officials left it in the hands of the Little League Headquarters in Williamsports, PA. It was finally called off before 4 pm.

“It’s very disappointing, more so for the players who’ve worked so hard,” Guam manager Gene McDonald said. “There’s been worse conditions we’ve played around the region, but it’s something we have to accept and learn from it. Most importantly, teach our players the life lesson this provides us.”

The Philippines won on the bases of a better record (3-1) compared to Guam’s 2-2 mark. It was a double round robin along with the CNMI.

In fact, the Philippines came back from runs down to win 8-7 in the final inning of Wednesday’s final pool play game. It was thought to be a meaningless game as both teams had already earned a spot in Thursday’s championship game. That last game wasn’t so insignificant after all.

According to coach Vince Carbullido, Guam was resting some of their top players for the title match including stud pitcher Joey Young.