After only missing out on ONE championship game in the past decade, the GW Geckos are in the midst of a big rebuild under the 14th year of head coach Ryan Rios. 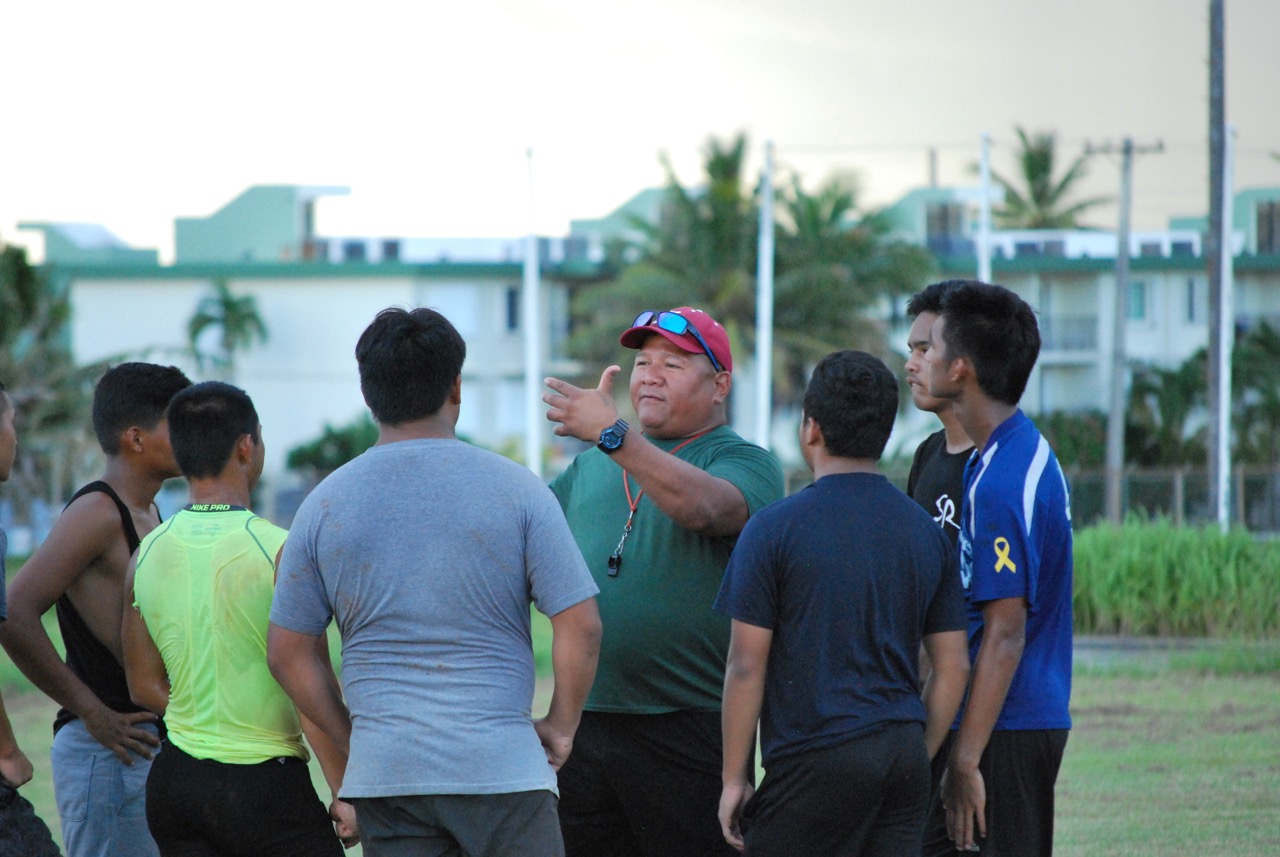 Football legend Ryan Rios enters his 14th season as head coach for the Geckos and they are on another mission to continue their winning ways.

Like every other team in the league, the Geckos face challenges to fill holes left by graduating seniors and transfers. Probably the biggest loss is on defense with linebacker Jermaine San Nicolas and Damon Hocog gone due to graduation. Both were First Team All-Islanders and early draft pick ups in the GSPN All-Star Game.

Jose San Miguel and John Espino are key returnees for Rios’ defense. “He (San Miguel) has the strength of Damon and we look for him to have a good season as a returnee,” said Rios.

“We lost some really good players on defense but its not only going to me on defense, we look on working together as a unit to accomplish our goals,” said San Miguel on anchoring the defense. “Right now, our only focus is getting better with practice”.

On offense, running back J-One Weires graduated and the speedy Xavier Naputi transferred to FD. Twins Timothy and Tommy Castro also graduated and their blocking abilities on the offensive line will be missed. Also, departing due to graduation was quarterback Isaiah Macias.

But the Macias household will still be there on the sidelines with Isaiah’s younger brother Ricky looking to see time at quarterback as well. Ricky Macias will share snap duties with Florencio Untalan also listed at quarterback.

The backfield will consist of returnees Francisco San Nicolas and Kastino Engichy. Keanu Salas will also see time in the backfield at running back. One of the main key returnees from last year is junior wide receiver Aaron Jamanilla. Jamanilla had big games last season for Rios and he looks to keep the chains moving for GW this season.

“I’m sure this team will do well if we keep working hard in practice,” said Jamanilla.

Jamanilla understands that he is one of the main offensive weapons for GW, but he said it will take the whole team to work together as a unit to get back to the championship game.

Rios said some underclassmen came out for the team who played youth football last year. The coaching staff are working with the new talent to get them ready for the high school level.

“The numbers are small this year compared to the previous year. The talent is there, this team is very young but they have potential,” said Rios.

School hasn’t started yet for GW (August 17th), but the numbers of players is likely to rise when school starts.

The Geckos’ first game is tentatively scheduled for August 26th vs Okkodo at the UOG Field at 3 pm. They play each team once with the final game of the season (scheduled for October 7th) vs FD. The Geckos finished with one loss last year in the regular season to FD.