The Okkodo Bulldogs defended home with a 54-44 win over the visiting JFK Islanders Friday evening. 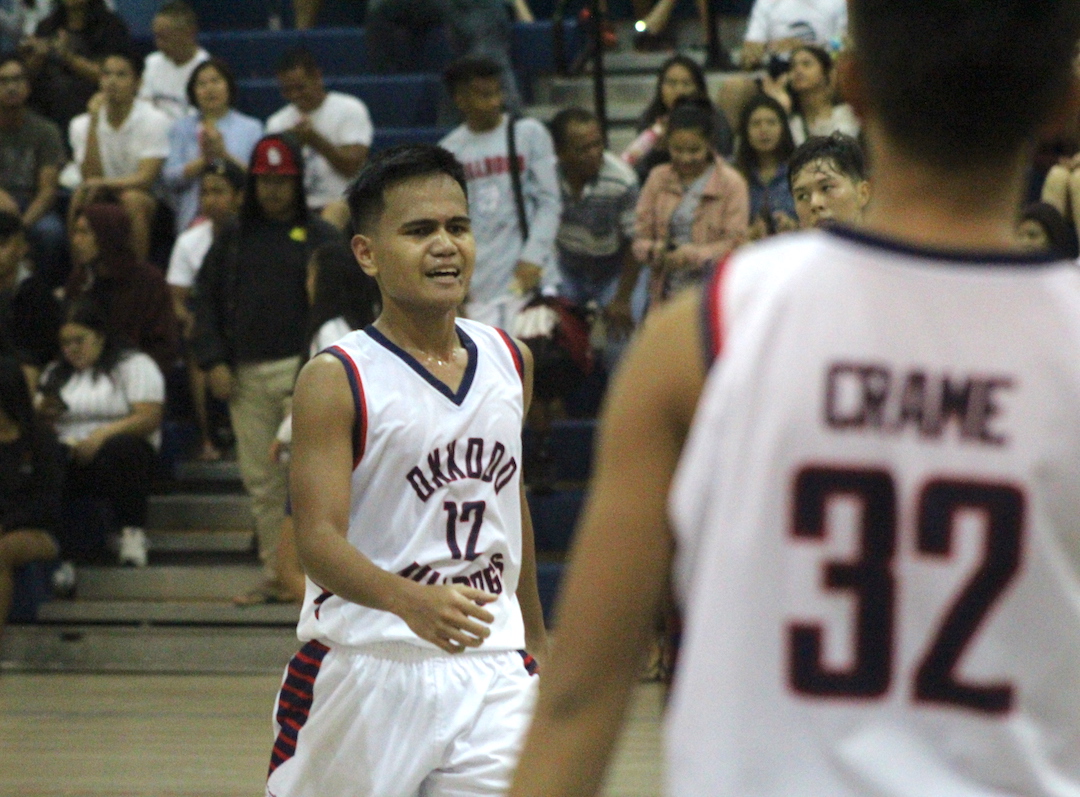 The Okkodo Bulldogs didn’t take kindly to the JFK Islanders knocking them out of the GSPN Preseason Basketball Tournament so their early season meeting with their Northern rivals Friday evening had a little more meaning behind the common regular season game.

Okkodo defended home with a 54-44 win over the visiting Islanders.

“It was still fresh,” said Bonita on losing to the Islanders just last weekend. “We really wanted to get this game back, for sure.”

Bonita was red-hot from behind the arc in the 2nd quarter where he went perfect from distance, knocking down all four of his three-pointer attempts to help his team secure a slim 28-20 halftime lead. Bonita added his fifth three of the night in the 3rd period where the Bulldogs ran away to their biggest lead 44-26.

Bonita finished with 16 points and teammate Christian Manalo led the team with 18.

“We always share the ball so there’s always going to be a lot opportunities for everyone to contribute. Tonight was just my night,” said Manalo.

JFK was ice-cold from the field Friday missing countless amounts of layups as well as going empty from beyond the arc, which is a big part of their offense. Despite the poor shooting night, Alschea Grape topped all scorers with 24 points.

Wendy’s Players of the Game: Nico Bonita and Christian Manalo.

Neither team could figure out their offense early on as the Islanders were holding a 4-2 lead with two minutes left to play in the opening period. Okkodo ended the quarter on an 8-0 run as Manalo scored on two straight possessions, taking a 10-4 lead.

Bonita erupted in the 2nd while also playing to the crowd after hitting his fourth straight bomb.

“Since I come off the bench, every time I check into the game I want to produce. I just want to do my job and give the team a spark off the bench,” said Bonita on his play.

The halftime lead ballooned in the 3rd period, but the Islanders put forth a strong rally in the 4th quarter to make a late contest.

JFK generated four steals in the final two minutes, but only turned one of those turnovers into points from the free throw line to get as close as 52-41. Manalo added a bucket from the post to shut the door on the possible JFK comeback, ending a night of chippy and physical play.

“We’re rivals on the court, but we always leave it on the court. Both teams are trying hard to get the win and that’s what happens when both sides are really competitive,” said Manalo on the nature of the game.

The Islanders will face the St. Paul Warriors tomorrow while the Okkodo Bulldogs will host the St. John’s Knights tomorrow.

Bulldog Christian Manalo attempts a jumper from the key. (photo by Robert Balajadia)

Bulldog, and former Islander Rudell Galang, pulls up for a corner jumper. (photo by Robert Balajadia)

Islander Cloyd Rosas puts the ball on the floor on a drive to the rim. (photo by Robert Balajadia)