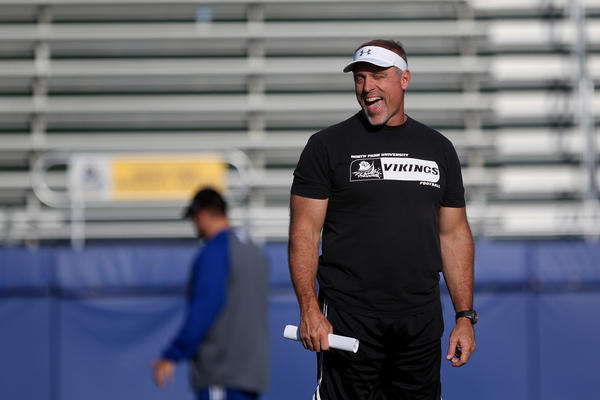 Guam’s football community is getting a treat this next few weeks, that’s for sure.

“This visit is five years in the making,” said coordinator and Guam High head coach Jacob Dowdell. “It is the culmination of a lot of people here on Guam and in Chicago and Hawaii. Most notably from Hawaii, coach Chad Ikei of Ikei Sports.

“Ikei and I have been working together to put Guam football on the map legitimately. There has always been great football talent here on Guam. The unfortunate part is that that talent was never given an opportunity to be seen outside of the 671 area code. Coach Ikei opened his college football showcase summer camps in Hawaii to the kids of Guam. And that is how our relationship started we hit it off and connected on all levels.  His wife is from Guam so he has another strong connection to Guam.”

Guam High’s Lewis Harris was the first recruit from Guam to attend one of the camps held in Hawaii and was the first football athlete to sign a letter of intent to play college football with Pima College of Arizona a few years back. He was followed by Trip Chauret who went on to sign as a first D1 college football player from Guam via Guam High, according to Dowdell. He played at Jacksonville University through the camps in Hawaii.

The recruiters and coaches from North Park University took notice of Jujuan King as well as several other athletes from Guam.

“So I worked with the family and made a visit to Chicago to check out the campus for myself after talking with the King family and finding they had an interest in Jujuan possibly playing there,” Dowdell added. “I was overwhelmed with the hospitality and overall family nature of a small Christian school with a great sports program with excellent athletic and academic facilities on the northern part of Chicago in the suburbs. At that point I develop a strong relationship with Coach Conway as well as his wife Beth, and we talked often about him coming to Guam and see what other talent was here. Jujuan King went out and represented the island in such a way that it sealed the deal for Coach Conway to come for a visit.”
Guam High will be buzzing with football activity on Wednesday. There will be a combine for 9th-11th graders 4-5:15 pm followed by an Elite Invite Only session from 5:30-6:45 pm with Coach Conway.
The NFL Coaches Clinic with Zach and Larry will be going on as well starting at 6 pm inside the high school. Coaches are encouraged to show up NLT 5:30 pm
Related Topicsfootballgspn