For the fourth straight IIAAG High School Football season, FD and GW will be featured in the IIAAG Football Championship Game. The Geckos stamped their ticket to the title game after defeating the Guam High Panthers 27-6 Saturday night at GW. 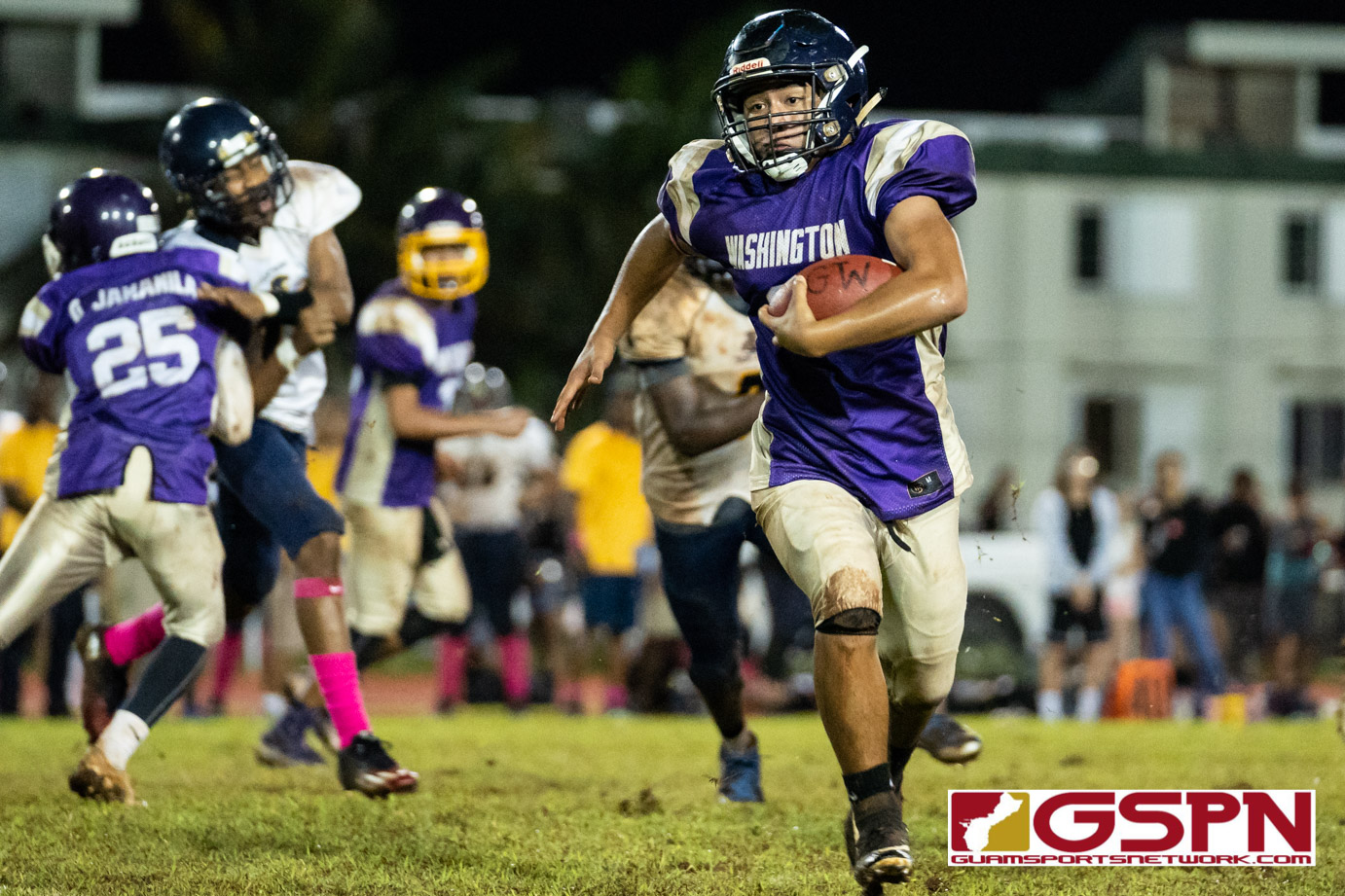 For the fifth straight IIAAG High School Football season, FD and GW will be featured in the IIAAG Football Championship Game. The Geckos stamped their ticket to the title game after defeating the Guam High Panthers 27-6 Saturday night at GW.

The Friars defeated the JFK Islanders 49-21 on Friday night to set up the showdown. The Championship game is tentatively scheduled for Saturday night at the GW field.

“It feels great to be in the championship game, our team is finally gelling together,” said GW running back Jesse ‘Pumpy’ Manglona.

Manglona rushed for a touchdown to help the Geckos advance to the season finale. GW lost to FD 27-16 in the season opener but according to Manglona, the Geckos have improved since September.

“We were actually leading going into the fourth quarter of that game. We’ve improved as the season progressed and now we have better conditioning and a few more key players who weren’t eligible to play,” said Manglona. “FD is a powerhouse team but we are going to do our best and we are looking forward to the game.”

Both defenses started the game with critical stops as both teams went three-and-out. GW’s top offensive weapon Aaron Jamanila attempted a punt return in the first quarter but suffered a leg injury and was helped off the field. Jamanila left the game at halftime to be further evaluated by a doctor and his status for the championship game is questionable.

Despite the absence of Jamanila, the Gecko defense continued to move the Panthers backwards and recorded a safety after a bad snap in the 1st quarter to lead 2-0.

The Gecko offense made adjustments and entered the Panther red zone on the ensuing possession. Gecko running back Shelby Meeks finished the drive with a 12-yard touchdown to go up 9-0 after a successful extra point kick by Ricky Macias.

Bad snaps continued to plague the Panthers early in the contest and the Geckos capitalized in the second quarter. Manglona scored on a three-yard run just before halftime to lead 16-0 by the break.

The Gecko defense did not allow a touchdown since their first game against FD and the Panthers were unable to get into any rhythm. ReSean Jacobs found some success on the ground and moved the chains but the Panthers lacked that big play thanks to good coverage from Gecko defenders Jon Espino, Jonah Garcia and Cason Jackson.

Macias recorded the only score of the third quarter with a 27-yard field goal to go ahead 19-0.

The Panthers refused to give up and scored in the opening minute of the fourth quarter. A huge 24-yard run by Jeylyn Dowdell set up a Jacobs-to-Jacobs touchdown to trim their deficit to 19-6 after a failed two-point conversion. Travon Jacobs found older brother ReSean Jacobs for a nine-yard touchdown.

The Geckos ran the ball and the clock against the Panthers in the final quarter. A bit of deception put an end to the Panther season with the Geckos throwing the ball on a third-and-short situation. Macias faked a run play and found receiver DJ Jamanila wide open for a 24-yard score to go up 27-6 after a 2-point conversion.

An interception by Gecko defensive back Noah Quichocho officially ended the season for the Panthers late in the final quarter.

Espino, the league’s co-defensive MVP, had a game high seven tackles and recorded the only sack of the game. Rico Mandilag had five tackles, Garcia recorded four tackles for GW.

Garcia did much of the intangibles not recorded by stats that kept the Panther receivers from making big plays. He looks forward to the challenge next week against FD.

“We are going to keep our heads up next week and work as a team,” said Garcia. “I honestly hope it doesn’t rain so it won’t be as muddy. It’s going to be a good game and we all just want to go out with a bang.”

GW is no stranger to the IIAAG championship game with head coach Ryan Rios and his coaching staff going on their ninth straight season finale.

“We are all here because of our coaches, they’ve been around the game for so long. Their knowledge and experience being passed down to us is something special,” said Manglona.

The Friars have defeated the Geckos for three straight seasons and are going for their 40th game in a row. The Geckos were without fullback and lineman Jose San Miguel in their first meeting so his presence may have some impact. The Friars have weapons with offensive MVP Kein Artero in the backfield and quarterback Nick Anderson on fire throwing touchdowns at will.

Questions to be answered next week

Will the much improved Gecko defense be able to hold off the Friar offense? And what about FDs defense? Can Rylan Napoleon and the FD defenders keep the Meeks/Manglona duo from getting into the end zone? The final question is: If Aaron Jamanila can’t play, who will step in his shoes to lead the team? We will all find out on Saturday!