GUAM BASKETBALL CRUISES THROUGH SEMIS, WILL PLAY FOR GOLD

Both of Guam’s men’s and women’s basketball team will have a chance to play for a gold medal after cruising through the semifinals Monday evening. 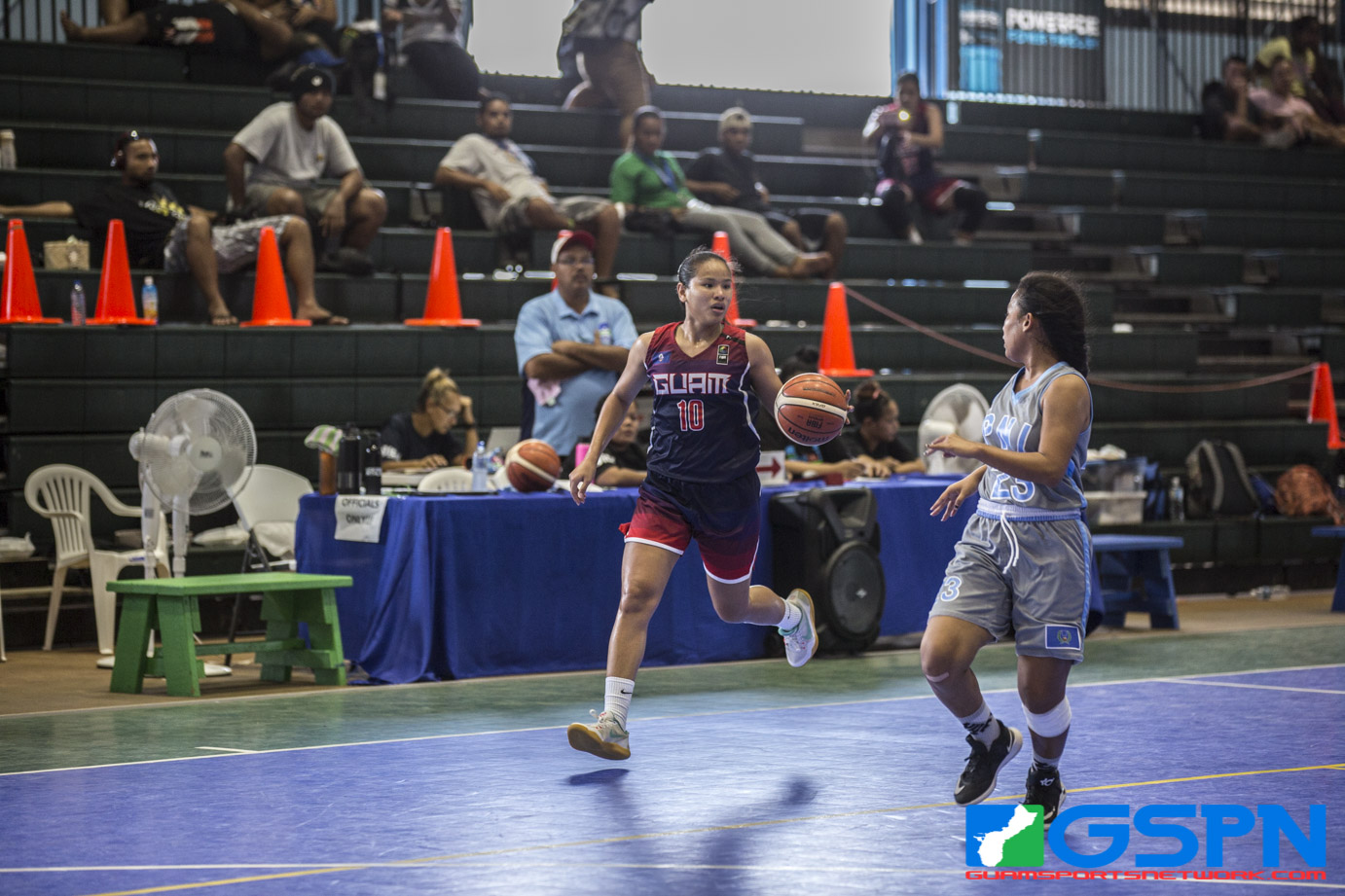 Colonia, Yap – Both of Guam’s men’s and women’s basketball team will have a chance to play for a gold medal after cruising through the semifinals Monday evening. The women’s team knocked off Pohnpei 81-54 while the men’s team ousted Palau 92-49.

Tuesday will feature Guam’s ladies taking on RMI at 5 pm while the men play right after at 7 pm, their opponent still TBD. Then shortly after, both teams will have to catch their 11 pm flight back home to Guam.

Three point shooting was the weapon of choice for Guam’s ladies as they knocked down nine total threes with five players reaching double digits. Led by Elysia Perez’s 14 and three treys, Guam had doubled up on Pohnpei by the half leading 44-22.

Adding to the totals were Mia San Nicolas and Joy Pangilinan with 12 points and the Chaminade duo of Destiny Castro and Kali Benavente with 10.

Guam grabbed their biggest lead in the 3rd period after a pair of long bombs from Pangilnan. The former St. Paul star splashed in a three from the left wing to go up 66-37 as she also knocked in a shot from distance to beat the 3rd quarter buzzer.

Guam’s ladies did not play RMI in pools so Tuesday’s finale will be Guam’s first look.

Guam’s Willie Stinnett has been battling some nagging injuries heading into the Micro Games, but Monday’s showdown with Palau proved to be his healthiest outing. Stinnett led the charge with a game-high 23 points as Guam took control of the game early.

Michael Sakazaki scored 17 points off the bench for Guam.

Defense set the tone in the 1st as Guam went on a 6-0 run all off of forced turnovers as they held Palau to just 12 points, leading 26-12.

Guam started to create further separation in the 3rd where Stinnett knocked down his only two three-pointers of the game with the men’s team enjoying a 71-43 lead through three.

The defense clamped down on Palau in the 4th holding them to just six points, including an eight-point quarter from Sakazaki, who outscored Palau by his lonesome in the final period.