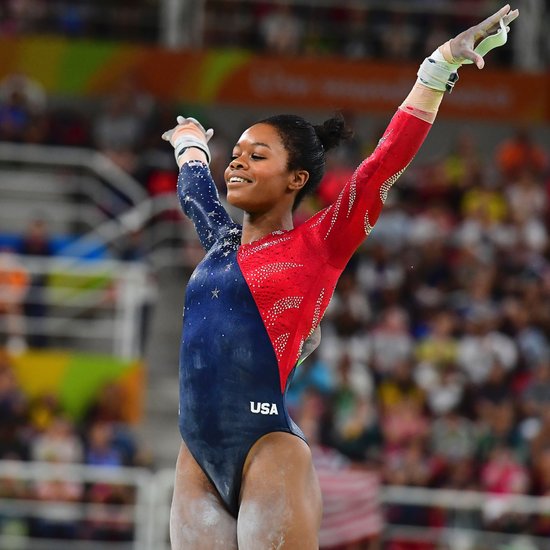 Olympic gold medal gymnast Gabby Douglas is on island visiting the military bases as part of the USO. She is a 3-time gold medalist from the 2012 and 2016 Olympics as well as a 2-time world champion and Associated Press Athlete of the Year in 2012. Meeting Douglas at Andersen AFB is 9-year-old Sadie Guerrero who is currently a Level-4 gymnast at Island Twisters Gymnastics Academy.