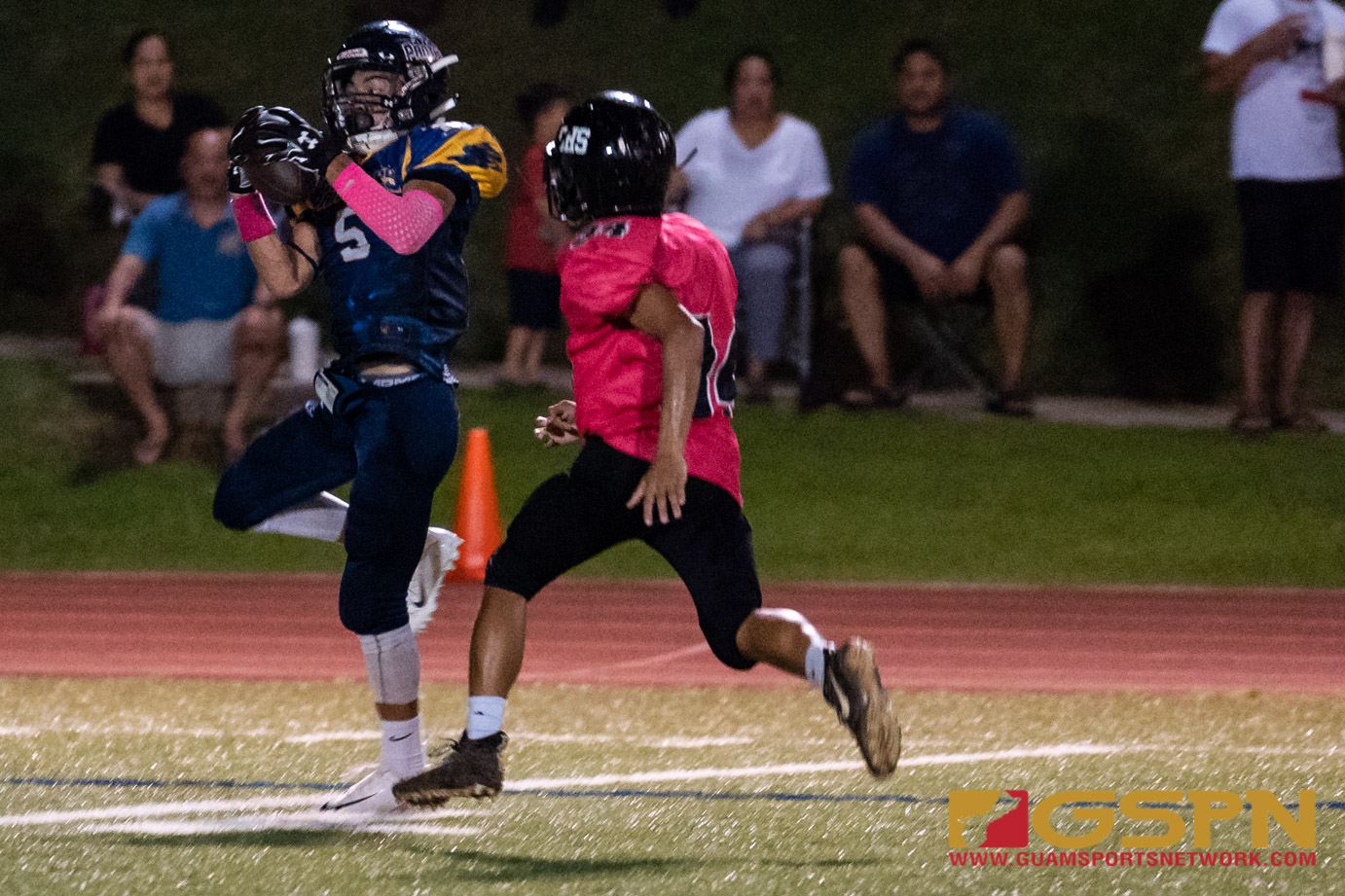 The battle for 3rd place in the IIAAG football standings ended in a one-sided battle as the Guam High Panthers blanked the Southern Dolphins 38-0 at the Panther field Saturday evening.

Guam High quarterback Travon Jacobs tossed two touchdowns with older brother RaSean being the beneficiary of one of those scores. RaSean also scored a rushing touchdown in the 3rd quarter, one of four rushing touchdowns on the night for the Panthers.

With 3rd place and favorable standing on the line in the finale, the Panther offense operated at a high pace, totaling a 26-0 score by the half. Jacobs connected with Jalen Thach from 43 yards out for the games first score late in the opening period and a 27-yard run by Sincere Powell had Guam High up 13-0.

An early score in the 2nd quarter from Julius Gaduang in the red zone had Guam High up 20-0 before the Jacobs brothers hooked up right before the half to sit comfortably at 26-0.

Jacobs tacked on another score in the 3rd as Jeylyn Dowdell had the games final touchdown on a 12-yard run.

Wendy’s Players of the Game RaSean Jacobs, left, and Jeylyn Dowdell brought the Guam High Panthers to victory on their homecoming night against the Southern High Dolphins in the 2018 IIAAG high school football game. (Photo by Michael Blas)