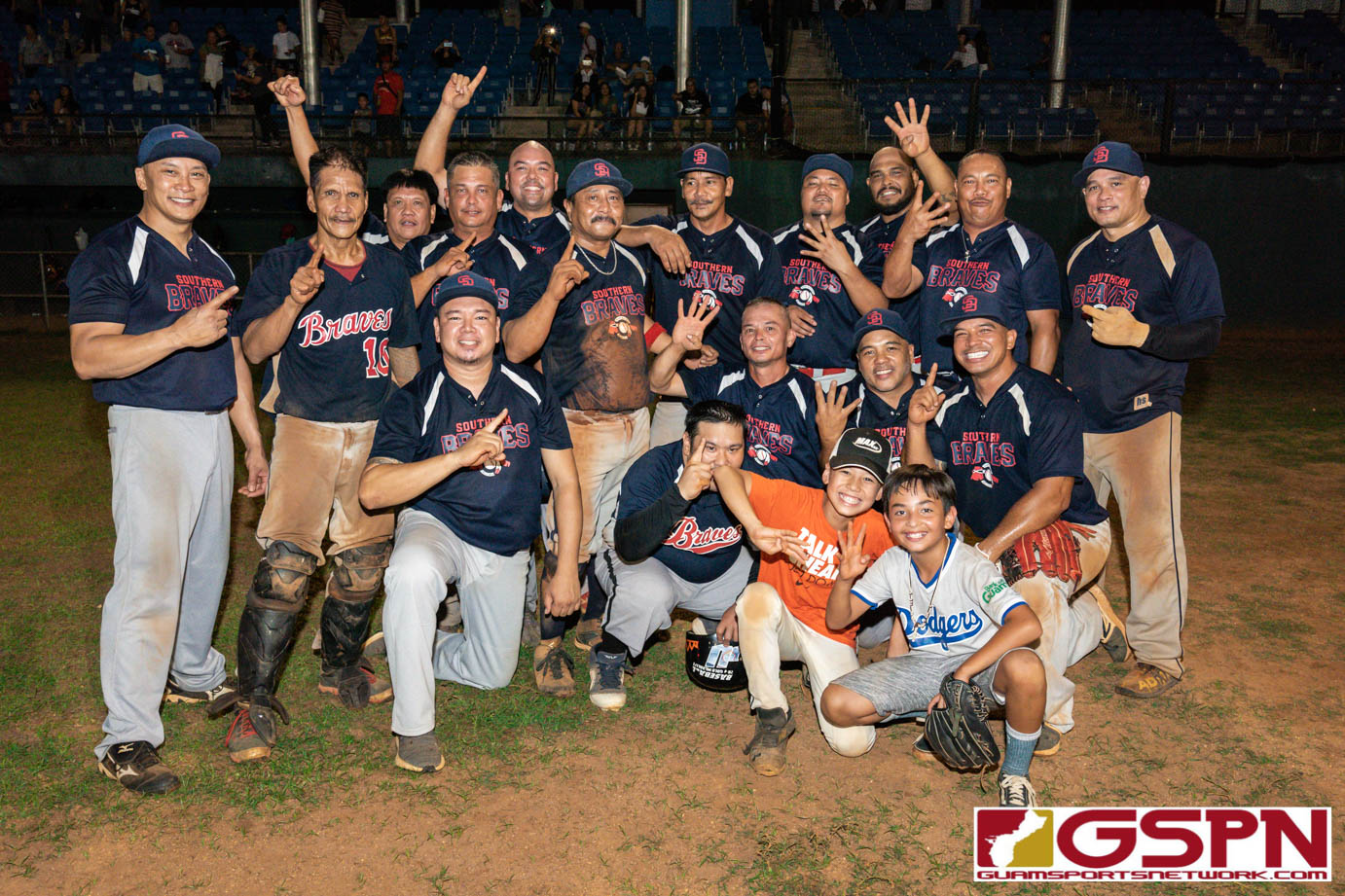 The Southern Braves captured the 2019 Masters Baseball League championship with an 8-6 win over the Guam Financial Company Nationals Monday night at the Paseo Stadium, becoming back-to-back champs after winning it all in 2018 as well.

A who’s who of Guam Major League veterans sprayed the field on both sides.

It was the second inning that saw most of the action for each team with the Braves scoring six runs on the top half and the Nationals coming back with four of their own on the bottom half.

Southern’s six runs in the second frame was mostly off help from GFC as starter Barry Nauta walked four along with three Nationals errors.

The Braves had a total of only five hits in the win. Centerfielder Dale Alvarez was superb in the outfield and scored twice. He was 1-for-2 at the plate with two walks. Brother Pat Alvarez added 2 RBI.

Reliever Daryl Masnayon pitched three innings and scattered four hits. He struck out slugger Matt Muna to end the game with two runners on board.

John McDonald was red hot for the Nationals, going 4-for-5 but was tagged out twice at home plate. He also grounded out with the bases loaded in the third.