The GW Geckos earned their respect Saturday night in the Coors Light All-Island Alumni Basketball League after defeating the top-seed FD Elite Friars 70-58 at the FD Jungle to win the championship. 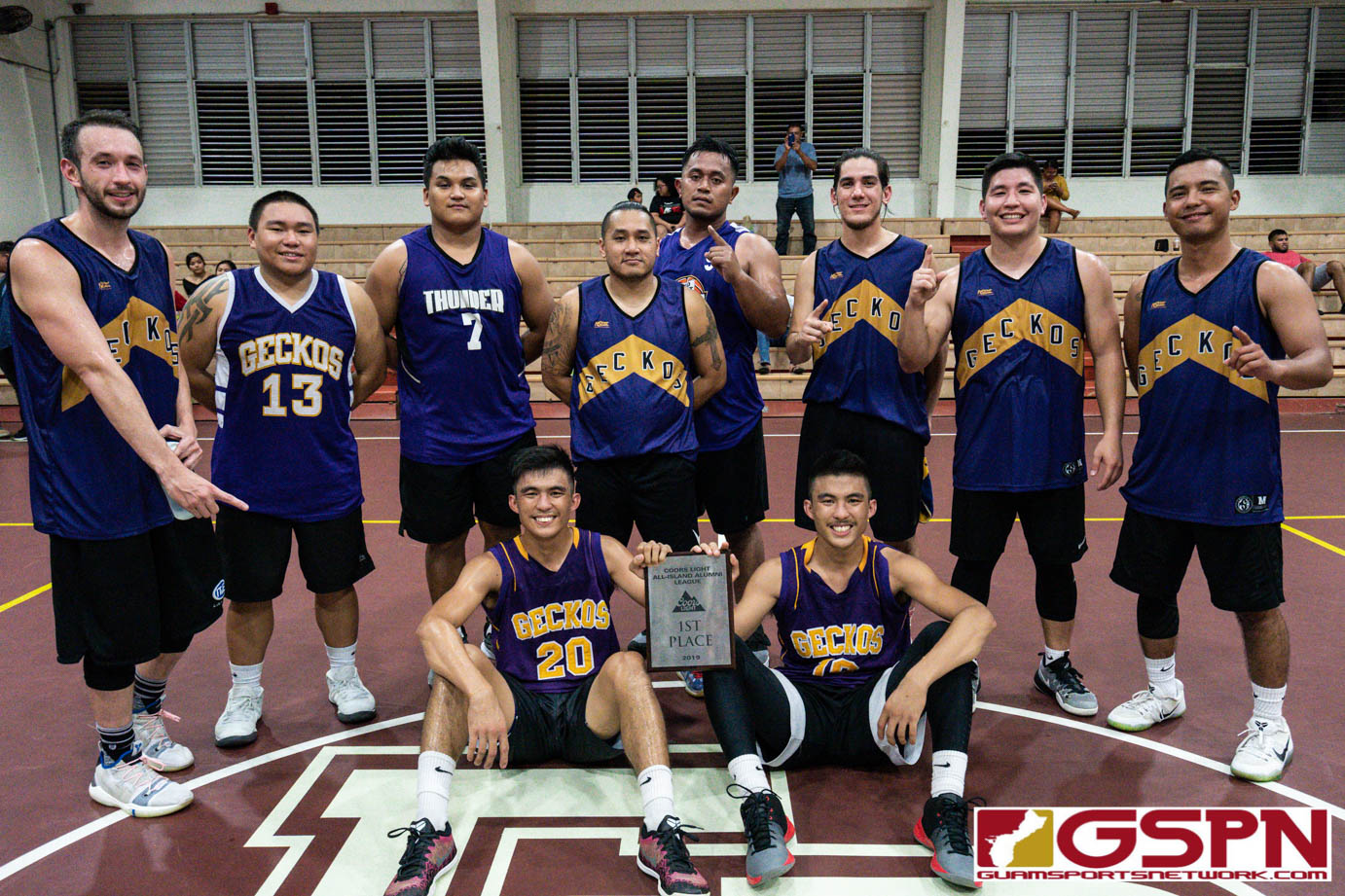 The GW Geckos earned their respect Saturday night in the Coors Light All-Island Alumni Basketball League after defeating the top-seed FD Elite Friars 70-58 at the FD Jungle to win the championship.

The Geckos were down 10-1 to start the contest as the defending champion FD Elite looked to overwhelm the younger and undersized Geckos. But the game was not a sprint; it was a marathon and the Geckos used their entire bench to implement their game plan. The Geckos chipped away at the lead in the second half and overcame a double digit deficit to pull off the upset.

“We just played GW basketball and ran up and down; the last team with gas in their gas tank would come out on top,” said Gecko guard VJ Borja. The Geckos played full-court man defense the entire game and never gave up against the juggernaut Friars.

“We wanted to play a full court press the entire game and luckily we were able to execute it,” said James Stake. Stake was the game MVP scoring a game high 19 points.

The Elite squad was unable to answer a second half run with GW going on a 15-2 scoring spurt to take the lead and never looked back. FD Elite had the advantage in the paint with Will Stinnett, Romeo Sanchez and Vince Estella scoring from the post or off offensive rebounds. But the Geckos got hot in the second half and momentum shifted quickly.

Despite the height disparity, the Geckos stuck to their game plan and continued to pressure the ball handler. GW’s Lance Gogue had a tough task to defend speedy FD guard Dom Sablan from running the offense. “Lance was huge tonight in defense,” said Stake.

The Friars went cold from the field with eight minutes left in regualtion and the Geckos capaitlized. Transition three-pointers from Stake, Ernie Aquino, and Gogue proved to be a major factor in the contest in the second half. A six point lead quickly became a 12-point lead and the Elite squad was unable to score with the feisty Geckos playing help side defense during the stretch.

Stinnett said “they just couldn’t miss” during the stretch late in the second half and that proved to be the difference. The Geckos made their free throws down the stretch with Gogue, Borja and Stake making 5-6 free throws with 90 seconds left.

The Geckos are the third different champion in the all-island basketball alumni league. The JFK Islanders went undefeated and celebrated a championship in season one with JP Cruz, Billy Belger and Jin Han leading the team. The FD Elite Friars won last year with Dom Sablan and Estella coming up huge in the championship game. “Those teams definately have good players and have all the accolades,” said Stake. “For us to win this one, it’s a really special win”.

Borja said the victory was good for GW but defending the championship will be a challenge his team is willing to accept. “It feels good to win this title but it’s over and done with and we are looking forward to next season. We are just going to continue to work hard and keep grinding,” said Borja.