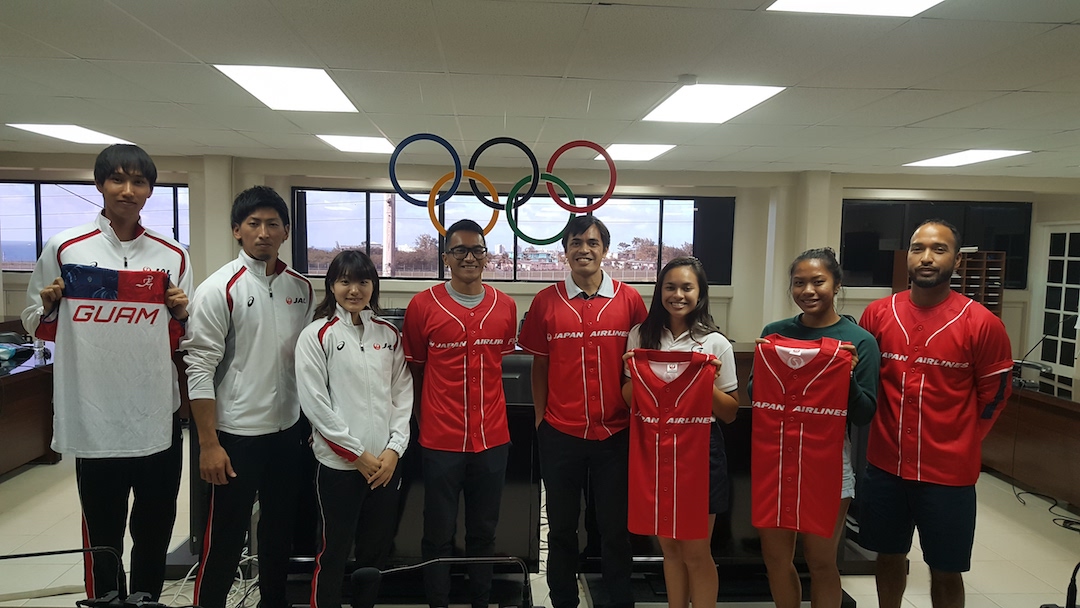 Japan is getting ready for the summer Olympics next year in Tokyo, Japan. Three prospects from the Japanese Track and Field federation visited Guam to help promote the local official Airline of the Olympics, Japan Airlines.

Tobe said he enjoys the scenery and weather here on Guam. “We trained at Leo Palace, its good to train here during the winter time.”

The trio are all projected to make the Olympic team next year in their host country of Japan. They visited Guam to promote the Olympic local sponsor Airline. They all work in the branding division and flew around the island on JAL’s scheduled test flight.

These three JAL athletes have already represented Japan at previous World Championships and Olympic Games. One athlete is currently ranked 4th in the world in the High Jump.

Information on the JAL athletes:

The athletes exchanged training techniques and described their daily regiment.

“We trained in Fukuoka, Japan, and we learned so much from them,” said Dimalanta.

Dimalanta and Tugade trained for two months in Fukuoka in hopes of improving their times to make the Olympics next year in Tokyo.

The athletes exchanged gifts at the GNOC headquarters.  They will do more sightseeing and promoting JAL on Wednesday before departing back to Tokyo.