In the final five minutes of the game the Angels turned a two-point lead into a two-touchdown lead to beat the Packers. 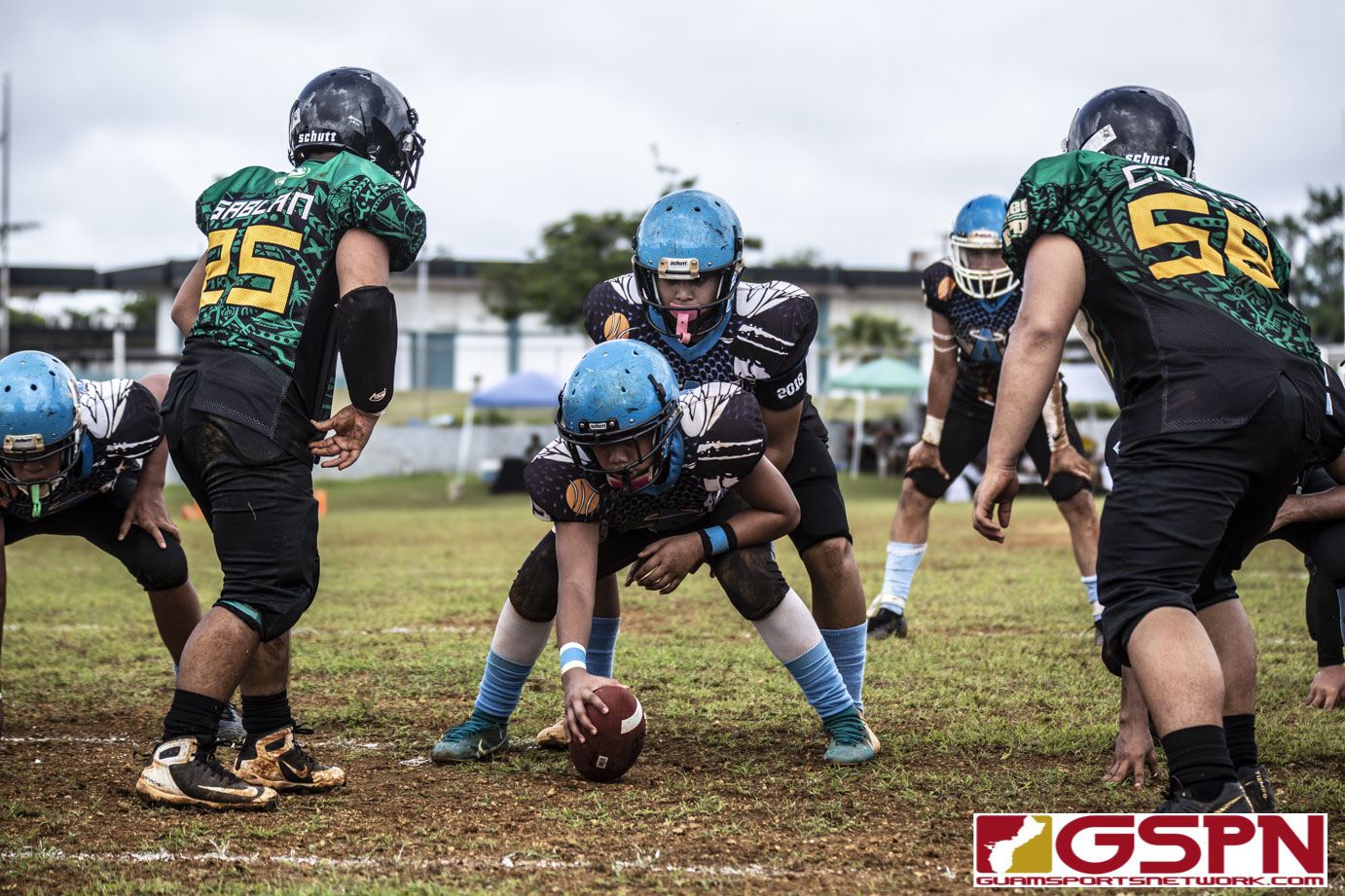 In a Matua division battle between two unbeaten teams, the Hals Angels would come out with a victory, defeating the Packers 23-6 at their home field. The hot Sunday afternoon was full of much action and was tightly contested until the fourth quarter, when the Angels pulled away.

With only five minutes left to play, the Angels led the Packers by the slim margin 8-6.

As the Packers were backed up into their own end zone on third and long, they had no choice but to air it out. Pressure by the Angels defense forced Packers Quarterback Austin Apatang to throw an off-balance pass, which was nearly picked off by Angels Safety Aaron Johnson.

On fourth and long, the Packers punted the ball and Return Man Noah Medler got the Angels in great position to seal the game after being tackled at the 27 yard-line.

The Angels looked to Running back Vance Meno to try and put the game out of reach. On second down with three yards to go, Meno attempted to power through the Packers line like he had done all game. But great defense by Packers Tackle Cohen Tresthan Blas would stop Meno at the line of scrimmage. A play later, Blas came up big yet again, forcing a fourth down following a big tackle.

The Angels went for it on fourth down, but this time looked to speedback Medler. Medler, who struggled to be efficient on the ground throughout the first half, would find his rhythm in the game’s final minutes.

“After the first half I was disappointed in myself. My coaches told me that I was juking too much. So, in the second half I tried to focus on running straight,” said Medler.

Medler was able to do just that. On fourth down, Medler used his speed to get the Angels a new set of downs at the 11-yard line. On the very next play, Medler broke away on a run to the outside, scoring a touchdown to put his team up 14-6.

On the point after, the Angels opted for a two-point conversion via field goal. But the ball was fumbled on the attempt and recovered by Medler who ran it all the way to make the game 15-6.

Following the score, the Angels went for an onside kick. They were successful on the attempt as defensive back Joshua Benavente recovered the ball.

The following drive was a short one, as Medler broke away for a 38-yard touchdown on the third play of the drive. The score would put the game out of reach.

The Packers scored their lone touchdown of the game on the game’s first drive. Wide Receiver Ethan Cruz found himself wide open in the middle of the field, and Apatang delivered a 32-yard bomb to secure a 6-0 lead.

The Packers failed to convert on the point after.

The Angels would take their first possession of the game on their own 40-yard line. Immediately, they looked to Meno and he would deliver. Meno ran for 20 yards up the middle and would also gain yards following a facemask penalty, which put the Angels at the 25-yard line with hopes to tie the game.

A few big runs by Meno would set him up for a score which tied the game. The Angels went for two and converted, making it an 8-6 game. The score remained 8-6 after one half.