The Mustangs are built on size, but don’t expect to see a traditional game from them come kick off time! 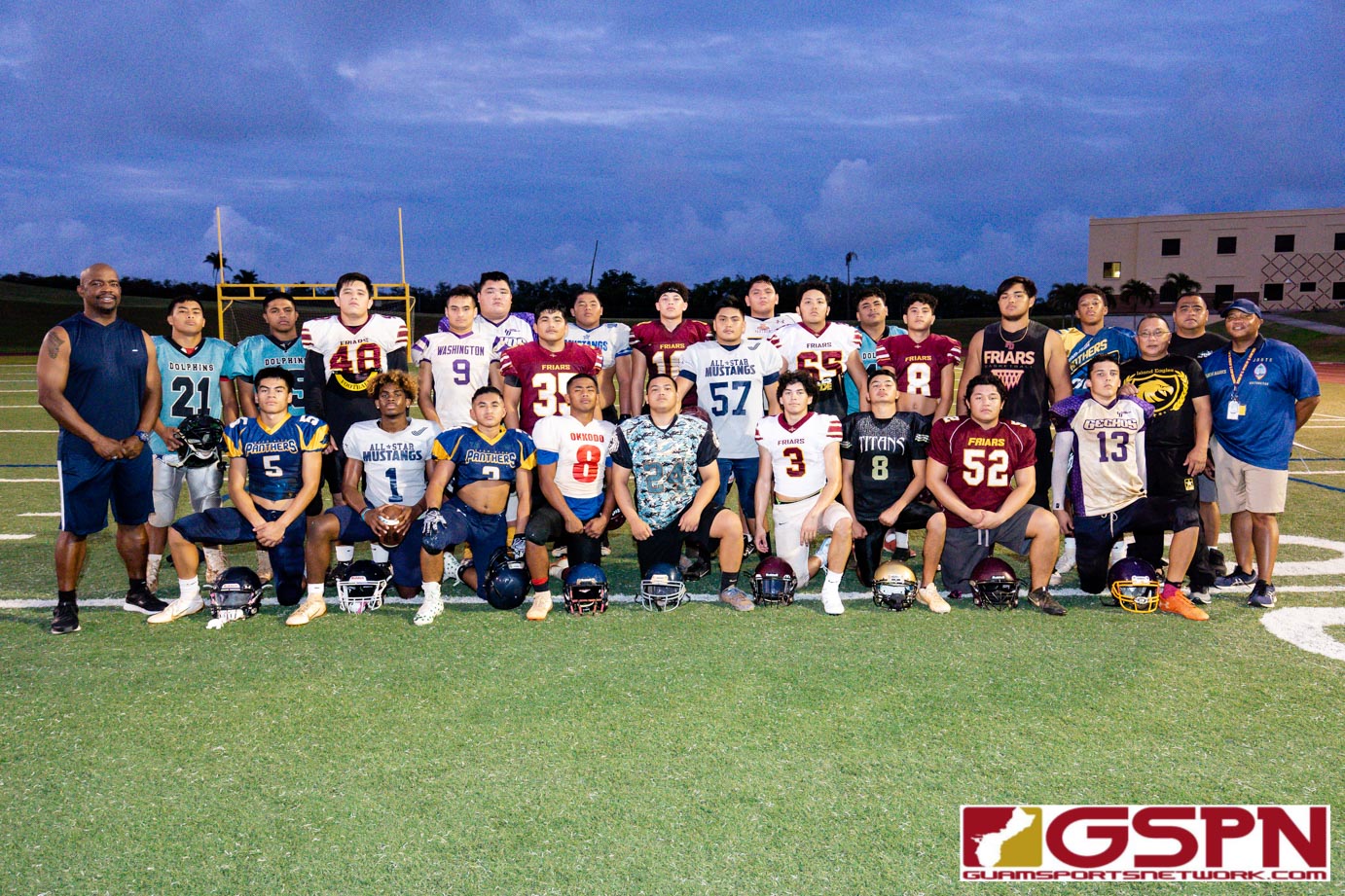 The 5th Annual 2019 Triple J All-Star High School Football Game is rearing to go this weekend at the JFK Field in which has become a household event for football fans around the island. The Raptors and Mustangs were drafted last month and the boys have been putting in some extra practice time in to officially end the 2019 season with the last high school football game if 2019.

Linemen spread out wide? Defensive ends at quarterback? Quarterbacks at center instead of under center? The Mustangs are throwing away the conventional playbook and coming in with a new style in this years All-Star Game. It’s become a commonplace for players to line up in different positions, but given the sets the Mustangs were running at practice, we can only assume that they’ve got more than a few special plays to run Saturday.

The Mustangs used their first pick to grab league MVP Kein Artero and surrounded him with the biggest linemen in the league to give him as much room to run as possible. A mixed bag of bulk in the front behind Friars Rodion Balbin, Lorenzo Valencia and Aidan Bordallo will share space with GW’s Christian Cali and Panther Avery Gamboa. Throw in the bruising backfield blockers of Michael Castro and Izzic Cabrera, it seems as whomever lines up at tailback is destined to have a big game.

Versatility will play a big part in the Mustangs offensive approach. GW safety/receiver Cason Jackson will likely see the most field time as he often played on both sides of the ball all season long. The Mustangs also grabbed linebacker Conan Baza from Southern, who will see an abundance of snaps on offense, and defensive picks from the Toves twins from Sanchez, who are capable of running the ball as well.

The defensive side of the ball presents playmakers up front behind GW’s Will Rios and FD’s Evan Brown. Both defensive ends have caused problems for every quarterback they faced this season and the pair will be tasked with tracking down the Raptors Jacobs.

Dowdell and the gang have been fine-tuning plays for the past two weeks in preparation for Saturday, putting in at least three practices with almost full participation.

The Mustangs also have the most first time All Star football players between the two teams which means plenty of fans will get to see them in their debut. Expect each of these players to put their best foot forward in the final high school football game of 2019!