The IT&E Rays completed their second straight title defense in the GML after beating the 76 Expos in Game 4 of the Championship series 8-5 Tuesday evening. 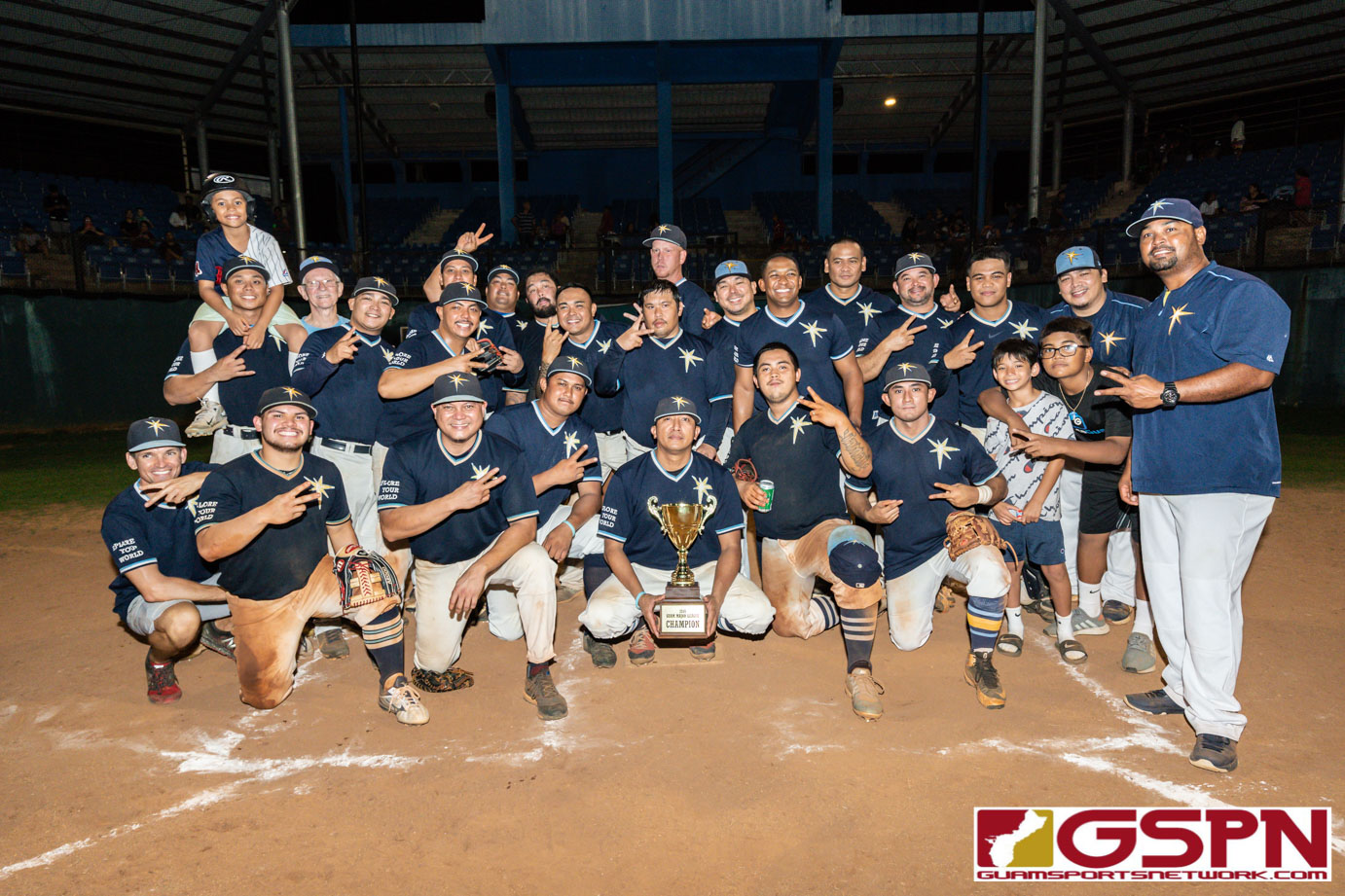 The IT&E Rays completed their second straight title defense in the GML after beating the 76 Expos in Game 4 of the Championship series 8-5 Tuesday evening. It started close, but a steady stream of offense from the Rays, including sturdy defense in the later innings, were enough to hold down the upstart Expos.

Winning pitcher Paul Pangelinan finished with 7K’s on a complete game for the rays with Kyle Arce taking the loss for the Expos.

Athan Yatar went 2-of-3 with on run and an RBI with teammate BJ Balajadia going 2-of-4 with one run. Vic Fernandez and Dave Fernandez both brought in runs off a double.

JD San Nicolas went 2-of-5 with two runs and an RBI for a solid outing for the Expos.

Tied at three runs each entering the 4th, the Rays would inch ahead with single scores in the 4th and 5th before rattling off three runs in the 6th to jump ahead 8-3, their largest lead of the night. The Expos would punch a single run in the 8th to set up a must-need-three inning 9th.