Wrestling’s opening weekend kicked off Saturday at the GW gym with the Tiyan Titans winning the day and the league welcomed back the Sanchez Sharks. 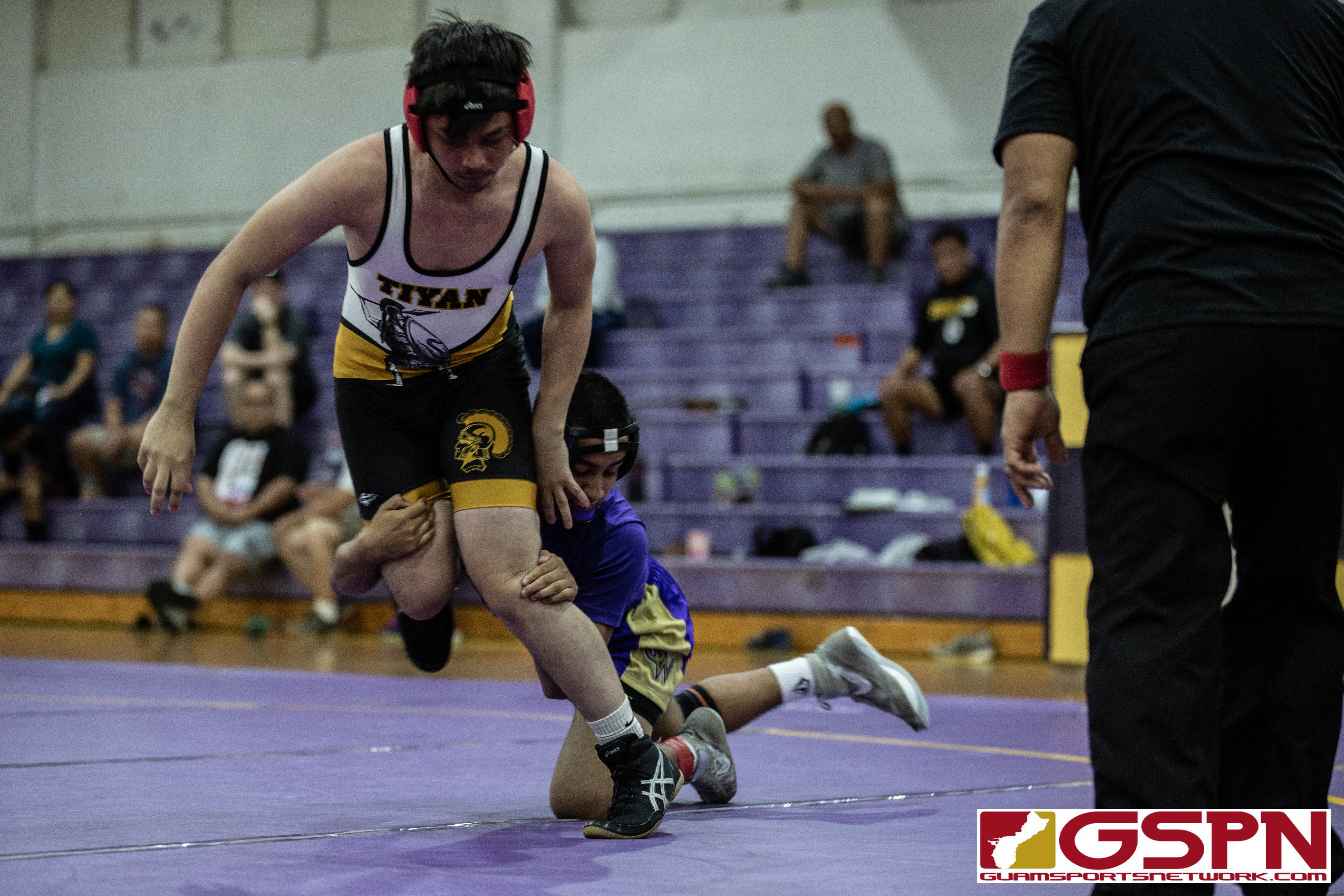 The 2019 IIAAG Wrestling season had its first meet at host GW on Saturday morning with the host Geckos, Sanchez Sharks, JFK Islanders and Tiyan Titans making their season debuts.

The meets featured GW vs Tiyan, Sanchez vs JFK, Tiyan vs Sanchez and JFK vs GW. At the end of the dual meet, the Tiyan Titans walked out of the gym with an impressive showing.

Kristian Zanis, a senior from Tiyan, said his team is backed with two good coaches and are ready for a successful season.

“The practices are hard but its worth it. We want to leave a legacy here for Tiyan wrestling,” said Zanis.

Zanis earned 12 total points in Saturday’s meets with a forfeit win and a win via pinfall in the 120 lbs. division.

GW’s Raianne Quichocho helped her team to a tie by winning her match versus Tiyan via pinfall.

“It felt good to start the season with a win,” said Quichocho. “My coaches helped motivate me and boasted my confidence heading into the match.”

The Gecko girls team won their second meet against the JFK Islanders with Quichocho winning her second match also by pin fall, helping the Geckos to a 30-18 victory over the Islanders.

The Gecko boy’s team had a rough start with several ineligible players unable to take the mats due to the football championship game. Expect the Geckos to fill spots in different weight divisions as soon as football ends. Despite several forfeits, Gecko sophomore wrestler Robert Cruz won his match via pinfall in the 125 lbs division.

“I think we all gained a great experience from our first meet. We all realized our strengths and weaknesses and we will look to improve next week during our practice sessions,” said Cruz.

Cruz said the addition of the football players will help the team and hes looking forward to the season despite the early loss.

“We got some good heavyweights joining us and also Noah Quichocho returning; he’s one of our best.”

After a one year hiatus, the Sanchez Sharks returned to the IIAAG looking to reclaim greatness. A key returnee is Gavin Whitt who is now a senior.

“I wanted to do the best i can do and leave no regrets out there on the mat. I was looking to establish a name for myself today,” said Whitt who wrestled at 138 lbs.

Whitt steamrolled through his opponents and won both his matches via first round pin.

In one of the more exciting matches of the day, Shark wrestler Brian Canlas came from behind to get a pinfall victory to help Sanchez defeat the Islanders 48-18. Canlas was down 13-3 to his opponent until a huge momentum shift occured in the third and final round.

“I learned today to not give up. I underestimated my opponent and saw i was down. I heard my teammates cheering and kept pulling until i got the pin,” said Canlas. The Sharks started off their season 1-1 in the boys division after dropping their later match to the Titans 27-42.