What schools are atop of all others in this list of all-time great quarterbacks? 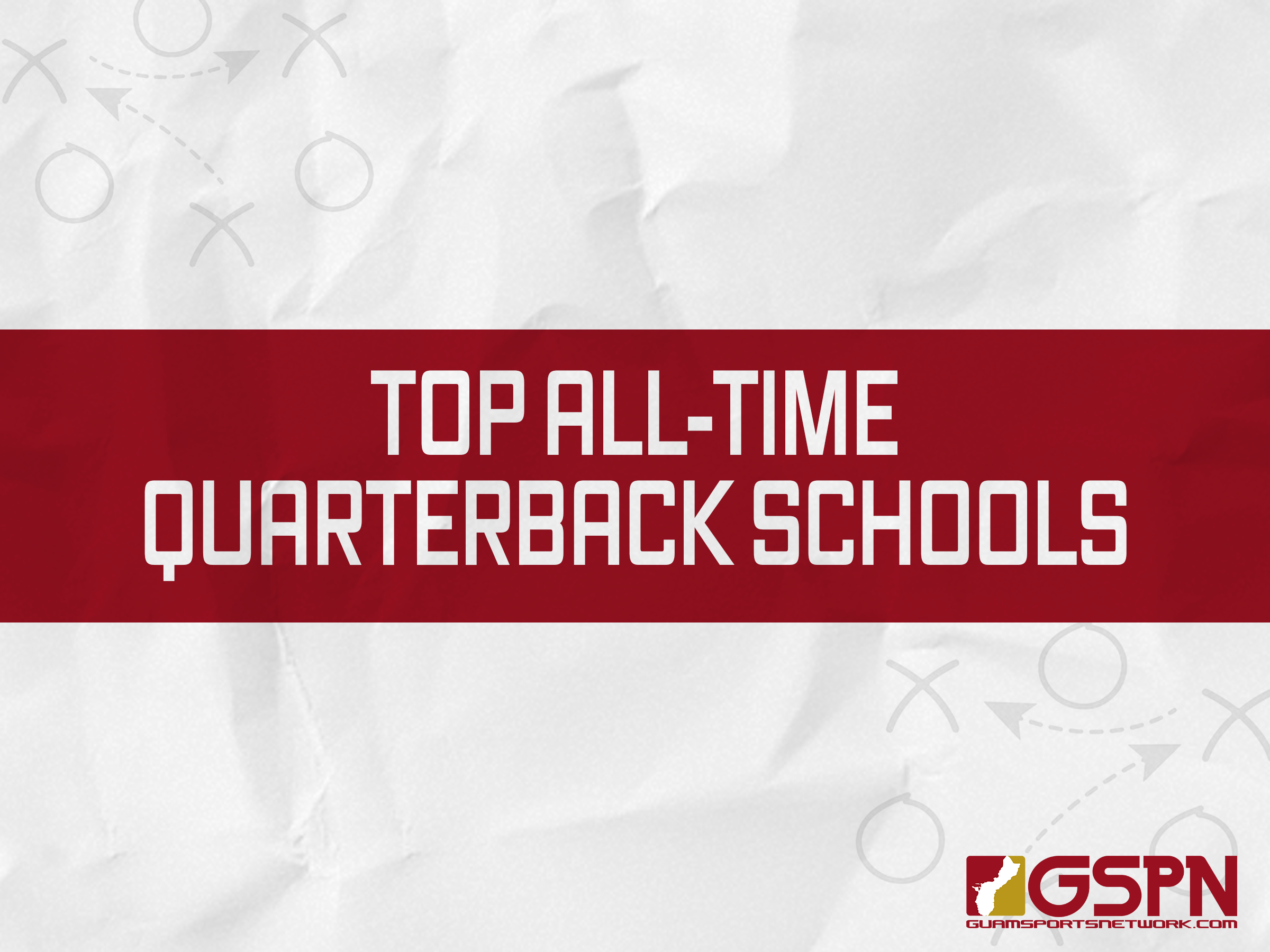 I got the idea from ESPN to put together an all-time greatest list at the skills positions of football, taking the best three players at each school then rank the schools.

Since I have about four decades of exposure to the sport on island, I felt comfortable enough to put this together not only for old time sake but to also stir up conversation. Obviously, some really great athletes didn’t make the list, but I went off of pure awesomeness that made lasting impressions that are stilled remembered and talked about today. No stats. No limitations. Just straight up killa!

It was important to include the GCC Tradesmen and I combined Agat-Santa Rita High, Oceanview High and Southern High all into one.

We begin our series with the quarterbacks and will follow up later with running backs and receivers. Enjoy!

Arguably the greatest high school signal caller on Guam is Tony Posadas in the mid 1970’s. I just missed watching him play in high school, but his display at UOG in the varsity league was more than enough evidence of what he did at GW was nothing but amazing. His arm strength was second-to-none (think John Elway) and his leadership evolved into many football titles as a player and a coach. Throw in Troy Anciano and Bill Quichocho from the mighty era of the 1980’s and you have the best QB set of all-time.

Buzzy Shiroma is a thing of legend. Known for his ‘Crazy Legs’ nickname as a runner, he ran the VoTech Friars offense as both a passer and runner. Generations later, Steven Phillips revamped the QB position at FD, later followed by wonderkid Will Williams. Side note: In middle school, Williams was already launching the ball 50+ yards! Just missing the all-time cut is recently graduated Daniel Phillips, showing how strong the Friars tradition truly is.

Chris ‘Cool Breeze’ Wessling is the best high school passer I’ve ever seen with my own eyes. The first practice I covered for JFK, Wessling drops back and drops a laser over the middle. Very next play, he does it again. I look at then-head coach Neo Pineda in amazement (yes, St. Paul’s Neo Pineda). Pineda couldn’t help but to laugh at my reaction. And that was in practice! Wessling was Guam’s Randall Cunningham, lanky and super talented with an arm to get the ball downfield. His stats would’ve been better, but many a time his receivers were unable to hold on to the ball – even when it hit their chest. My buddy Rick Nauta and I came up with his nickname ‘Cool Breeze’ because his game felt like the cool tropical breeze that drifts through our island. 🙂 Shane Hernandez was a running back-turned quarterback out of necessity and was a special talent as well.

Joe Alviedo had the heart of a lion in the late 80’s. Despite being probably 125 pounds soaking wet and constantly running for his life, he was fun to watch with an overwhelming cannon of an arm. He was frequently seen picking himself off the ground, but not after making big play after big play downfield. Stan Blau’s steady play solidifies this group at #4.

Billy Keele was the first true star coming from the south but it was Tommy Morrison that played the position at the highest level. There really hasn’t been anyone since.

Not a long history to draw from just yet, Guam High has it’s share of solid signal callers including the dynamic L.J. Aguon, title winning quarterback Paul Floyd and current star Travon Jacobs.

The Sharks hasn’t thrown the ball since the Ben Whittaker days and Okkodo and Tiyan are both still getting their programs off the ground.

WHO SAID WHAT?
ALL-TIME BEST SCHOOLS AT RUNNING BACK
Loading Comments...