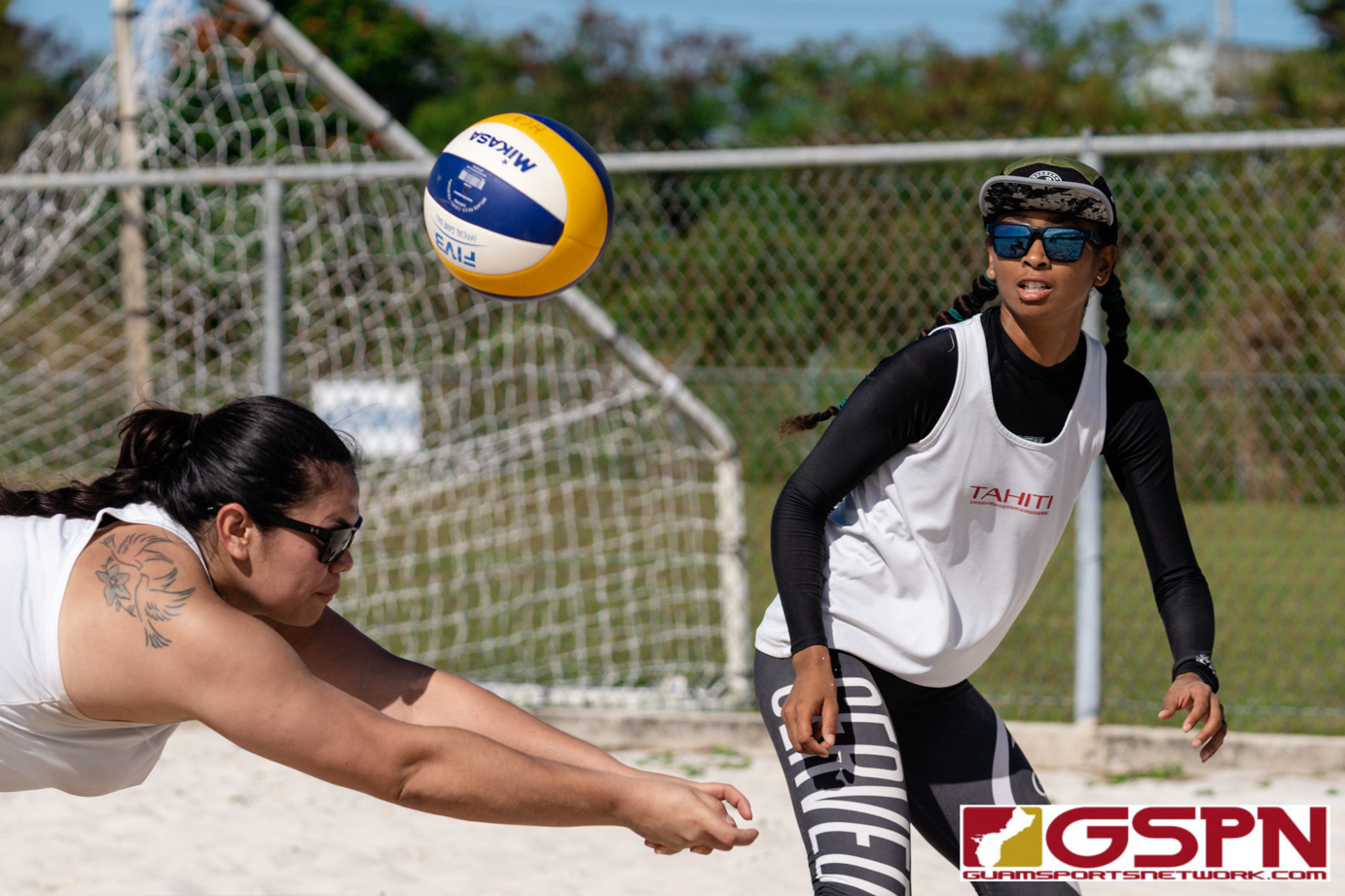 The duo if Kara Guerrero Eugenio and Kendra Byrd finished unbeaten in the Guam Beach Volleyball Pairs Tournament at the GFA sand courts Sunday with a full day of action between 10 teams in double elimination format.

The big draw for this particular tournament were for qualifying spots in the upcoming Guam Beach Cup from March 5-8 on Guam will which feature local, and international teams. The top seven teams who placed in the Pairs Tournament Sunday would qualify for entry and the top three teams will make the Main Draw for the Guam Beach Cup, a 1-star FIVB World Tour Event.

The heat of battle

The sun was blazing and the heat played no favorites with the competitors all feeling the effects of the Sunday afternoon weather.

Competitors in the tourney were made up mostly of current high school athletes competing in the on-going IIAAG season of Girls Beach Volleyball. Veteran Tatiana Sablan was paired with beach newbie in ND Royal Austia Mendiola, but the two were forced to forfeit their final match after climbing out of the Losers Bracket due to an injury suffered by Mendiola.

Byrd and Eugenio had been training together whenever they could for the past couple of months, but it wasn’t until about two weeks out when they decided to team up and attack Sunday’s tournament.

“I’d give us a 6-out-of-10,” laughed Eguenio. “A little more conditioning would really be good.”

“We just tried to remind each other to keep going and go point-for-point. Of course winning was on everyone’s mind who came out today, but point-for-point was something we wanted to focus on,” said Byrd.

And now that they’ve locked up a spot in the Main Draw, the two will be trying to put in some extra work for the upcoming showdown in March.

“Even though it is technically a month away, we really only have about two weeks to try and get it right and gel. That last week before [the tourney] is for cleaning everything up, so we’re going to do what we can, even if it’s just meeting up to get some touches in, that’s what we’re going to do,” said Byrd.

With majority of the competitors still in high school, Eugenio was happy to see so many youth participating.

“It’s definitely a great experience watching them learn and grow the sport. I’m really happy that they’re developing the beach volleyball sport, especially since I have a three-year-old,” added Eugenio.