Trevin ‘5 Star’ Jones made a huge UFC debut with a stunning comeback victory. 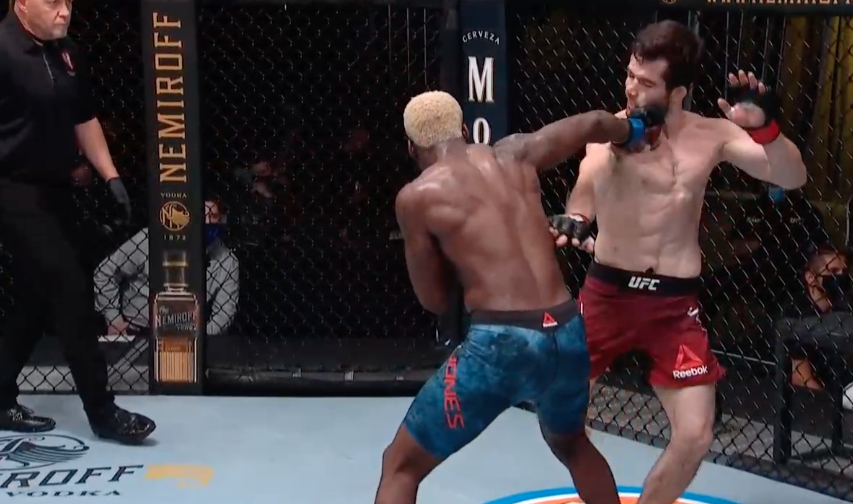 The 1st round of Trevin Jones’ UFC debut started off pretty rough. Even though taking the fight on just 24-hours notice, Jones was in the middle of taking some crippling shots from Timur Valiev that had the judges and many fighters on social media wondering how Jones was still standing. A late recovery and scored takedown had Jones just making it out of the round.

Jones played patient in the 2nd round checking leg kicks and avoid too much damage before unloading a powerful right hook that dropped Valiev instantly. Jones would pounce on Veliev and connect with two more big bombs that forced the referee stoppage.