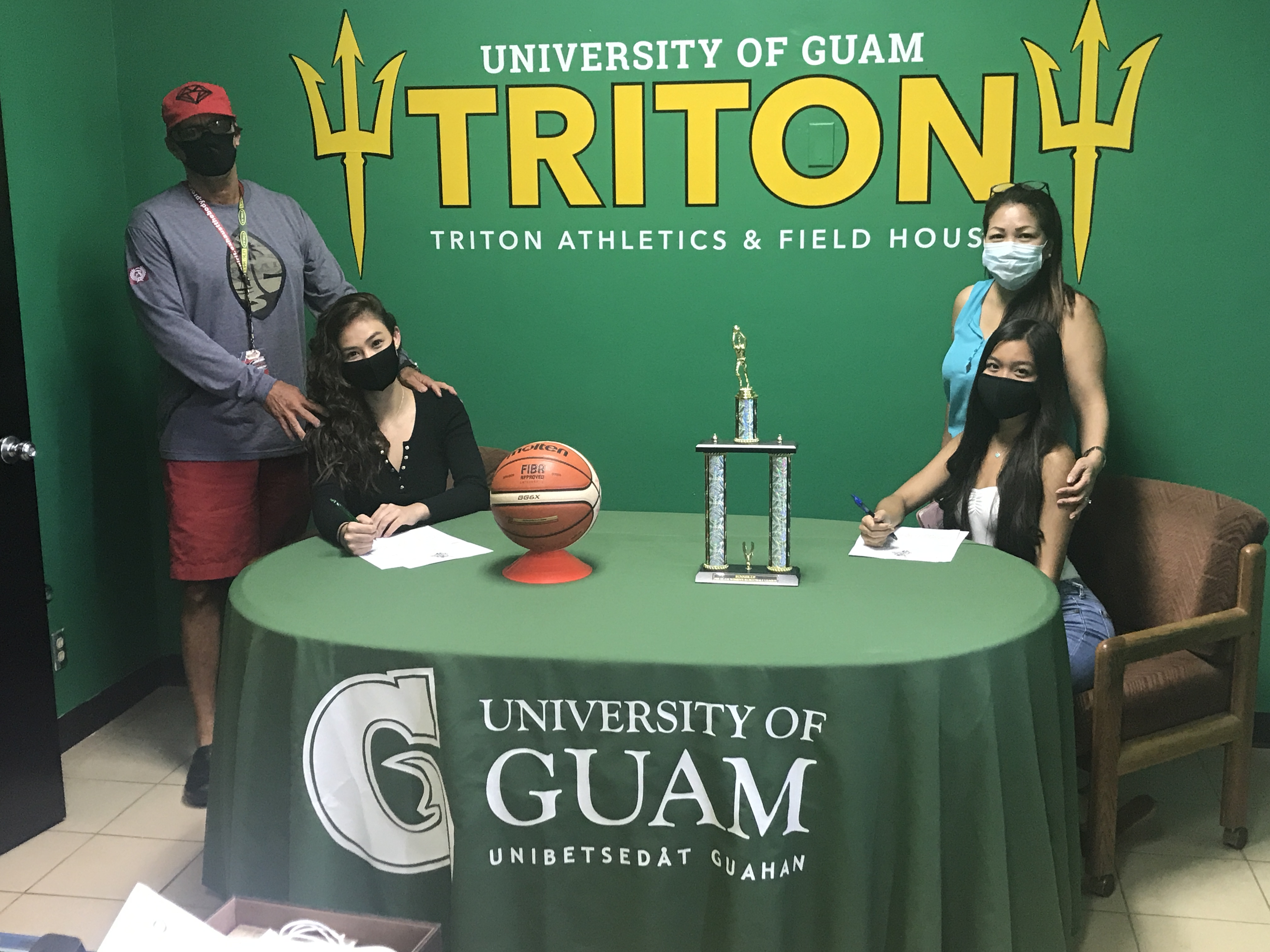 PRESS RELEASE- The University of Guam Triton Athletics signed two St. Paul Christian School standouts on June 22 to play for the Triton Women’s Basketball Team in 2020–2021. Monica Giger and Kirsten Silva signed letters of intent and will each receive partial tuition grants for the academic year.

“It is a great day that we can sign two student-athletes of the caliber of Monica and Kirsten,” UOG Athletics Director Doug Palmer said. “They both had offers to play in the U.S. mainland but decided to attend their home institution and compete for the Tritons. Both have outstanding academic backgrounds as well. It is a great day to be a Triton.”

Both students graduated this year with honors from St. Paul Christian School.

Giger was captain of the St. Paul Warriors team and averaged 14 points per game with an average of 18 rebounds and six blocked shots per game. During her time on the team, the Warriors took three Independent Interscholastic Athletic Association of Guam championships. Giger was also named All-Island Second Team — one of the top 10 high school players on island — in basketball as well as volleyball.

Silva served as captain of the St. Paul team as well — in Fall 2019. She averaged 16 points per game during her senior season. She won two IIAAG championships with the team and was a runner-up for the championship when she played with Academy of Our Lady of Guam as a sophomore. Silva was also a two-time All-Island Second Team selection, as a sophomore and again as a senior, and was voted an honorable mention as a junior.

Both athletes won back-to-back Asia Christian Schools Conference championships with the Warriors in 2018 and 2019. Silva also competed in two FIBA Oceania Championships while playing in the U17 and U18 Divisions for the Guam Women’s National Basketball Team.

The two players grew up playing basketball together on Guam and won several island and international basketball championships with playing on club teams.

Giger was appointed in February to a four-year term as the youth member of the Guam Department of Parks and Recreation Commission and is the youngest commissioner appointed to such a position in the history of the island.

The Lady Tritons are scheduled to begin playing in a league in early September, pending the lifting of pandemic restrictions.

THE RUNDOWN PODCAST: EP2 WITH AL GARRIDO & EDDIE PELKEY
THE RETURN OF THE YIMPACT BASKETBALL CAMP