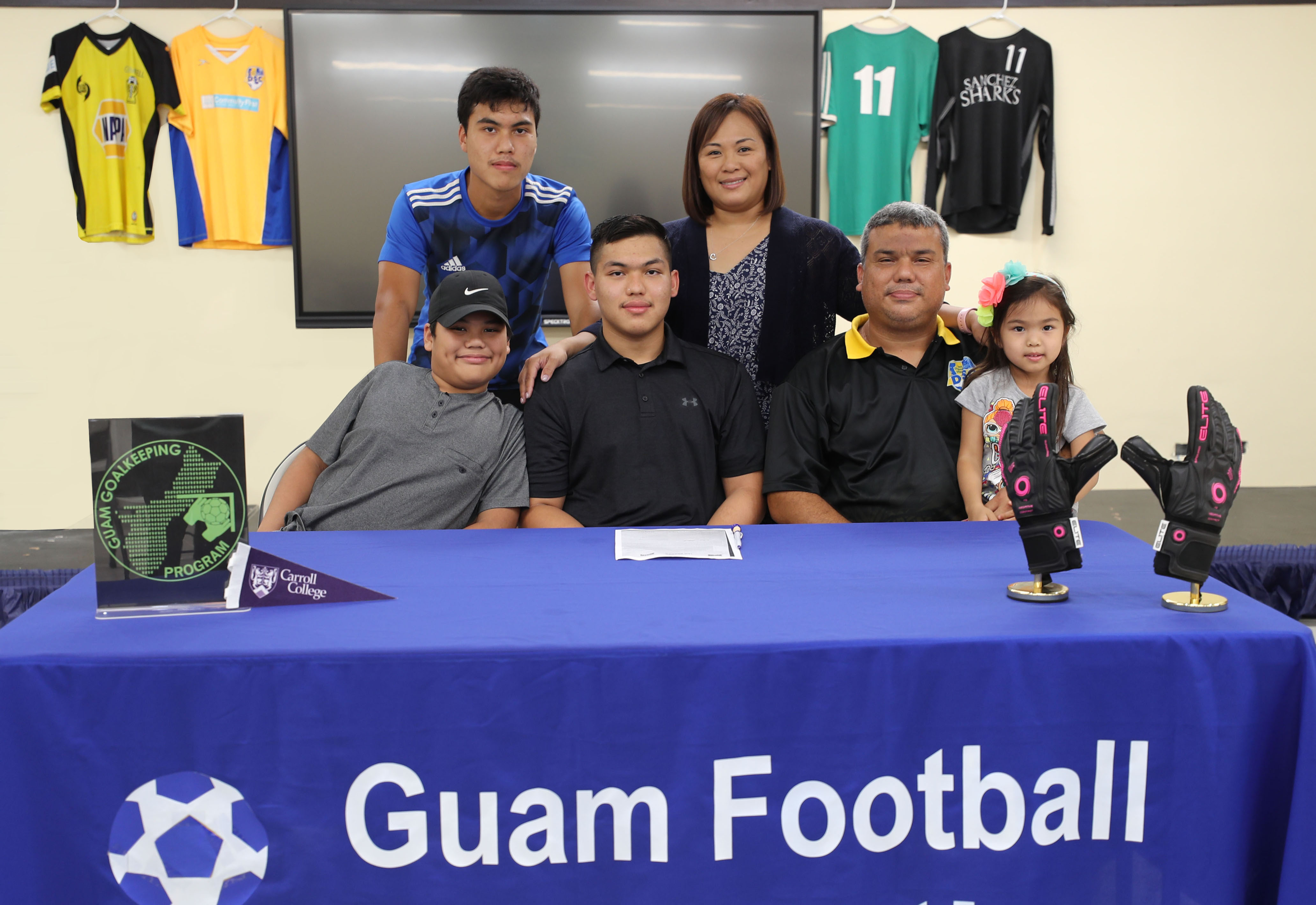 Becker signed a letter of intent to play intercollegiate men’s soccer for the Saints beginning this fall season during a presentation event at the Guam Football Association National Training Center, organized by his youth club, Community First/Days Inn Dededo Soccer Club. Carroll College competes in the Cascade Collegiate Conference of the NAIA.

“I want to, first of all, recognize Coach Douglas Mello from Carroll College for this opportunity – he was the first college coach who approached me during a Hawaii soccer ID camp and gave me my first offer to play at the collegiate level,” Ian Becker said through a written statement. “Also, I’d like to thank all coaches here in Guam who provided me opportunities through classes, programs, and matches – Coaches Lawrence Batangan, Pascual Artero, Kelley Barnhart and Jon Barnhart from Dededo Soccer Club, Dr. Ron Canos from Simon Sanchez High School, Ron Obias from Barrigada FC, Jack Kido from NAPA Rovers FC, Brett Maluwelmeng from FBLG Middle School and Quality Distributors FC, Sang Hoon Kim and Karl Dodd from the Guam National Program, coaches from the Guam Goalkeeping Program and previous academies, Dominic Gadia from the Guam U20 Manhoben team, and especially Ross Awa who worked with me since I first entered the GFA Goalkeeping Program in 2017. Without all their support and assistance in preparing me for this next level, this opportunity would not have been possible.

“I would also like to thank GFA President Tino San Gil for providing opportunities for player development through grants and classes – without his assistance, having opportunities to be coached by the likes of Coach Yoshio Kato of the Japan Football Association (during the AFC Level 1 Goalkeeping Coaching Certificate Course) would not have been possible,” Becker added.

Becker reached out to numerous colleges and universities with athletic programs in the NCAA Div. II and III and NAIA Div. I and Div. II levels and received varying offers of athletic scholarships. Becker ultimately selected Carroll College because of its soccer program and academic reputation, he said.

Becker is the son of Dededo Soccer Club Vice President Robert Becker and his wife Ema. Ian Becker has two brothers and a sister: Shane, Mason, and Leila. Ian Becker plans to major in Environmental Science.