The three-year reign by the ND Royals came to an end Friday evening with the Cougars stunning the Royals in five sets. 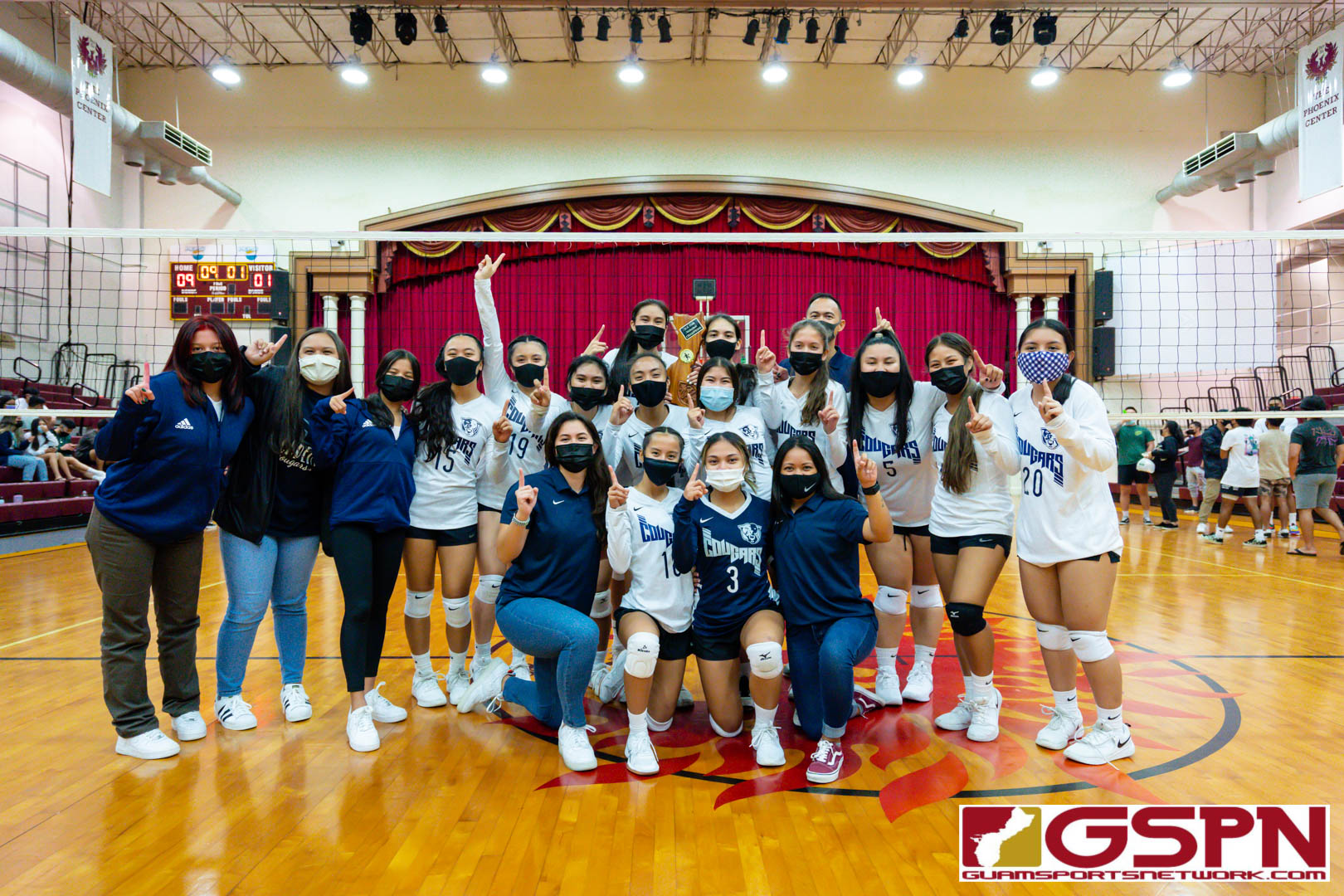 Cougars middle Kristen Serrano was on fire, scoring 19 kills and three blocks to lead her team past the very dangerous Royals. Serrano flipped the switch in the 4th set with her team on the brink of defeat, where she scored 11 of her 19 kills in that set alone.

“I think I just needed to keep the momentum high. I wasn’t a big part of the second and third set, but we knew what we needed to do in the 4th and 5th to get to this point of the game,” said Serrano.

Academy rode the Serrano momentum wave to a 24-20 lead before the Royals started showing their Championship mettle. Kills from Minami Rabago and Austia Mendiola ignited a 4-0 run to tie the game late in the set behind the serving of Mendiola. The Cougars would hold off the Royal comeback, winning the set off an ND hitting error to set up the 5th and final.

“We preach desire. We told ourselves to keep pushing until the end. I also remembered what my coach sent to me this morning saying ‘no more should’ve, could’ve or would’ve. No regrets’ so we just put everything out there,” said Serrano.

The Royals looked eager to put the game away going up 7-3 in the 5th set before a key timeout from the Cougars reset momentum. Serrano came out of the huddle with a big block up the middle followed by her 18th kill of the game to get her team within 7-6, while getting her final kill to tie the game at nine a play later.

Mendiola would give her team back the lead off a kill from the back line, but hitting errors would allow the Cougars to get up 11-10 forcing an ND timeout. The Royals struggled with hitting errors on back-to-back plays to put Academy up 13-10.

Down 14-11 and refusing to go away, the Royals got a kill from Seniayath Bell and Mendiola to get within one, 14-13.

The final rally played out in frantic manner as Cougar Rebecca Salas got a good hit that bounced off the block, but a miraculous one-handed save from ND’s Gabby Piper kept the ball in play. Salas would get another crack at it, officially putting the game away as her big shot up the middle bounced off Piper and straight into the crowd.

“I thought of how hard I worked to get here and my team has been relying on each other. All I needed was desire and I just swing at that last ball,” said Salas on her final kill.

Salas finished with 12 kills with none bigger than her final swing.

Topasna’s defense was vital in the 4th and even more so in the 5th after she repeatedly dug up big hits from ND’s hitting brass to give her team better opportunities. Topasna knew she was in for a busy night, especially since their earlier meeting this season was a one-sided game that ND won in four sets.

“Every time after games we always review what we could do better then make new strategies for it. [Coach Manny] deserves a lot of credit because he really helped me work the defense better in facing them this time,” said Talen on making the adjustments for the finals.

The motivation for a different outcome also came from the Cougars previous three seasons that ended in a perennial 3rd place finish.

“We took 3rd three straight times and [Kristen and I] were on all three of those teams. So for Senior year especially, we just wanted to make it to the Championship and winning is the biggest bonus to that,” said Topasna.

The Cougars were the leagues 3rd best team this season, which meant that by virtue, their victory over the unbeaten Royals was an ‘upset’. Although, not a single member of the Academy team was buying into the underdog mentality.

“I never think of our team as the ‘underdog’ because I have so much confidence in our skill. I said in an interview before that it’s 5% skill and 95% mentality and I know our team has that,” added Talen.

“We thought that we have what it takes. No matter what, we should strive to get where we want to be. We shouldn’t let our atmosphere or anyone pressure us,” said Salas.

The Cougars last were the last team to win the IIAAG title back in 2017 before the three-year reign of the ND Royals.