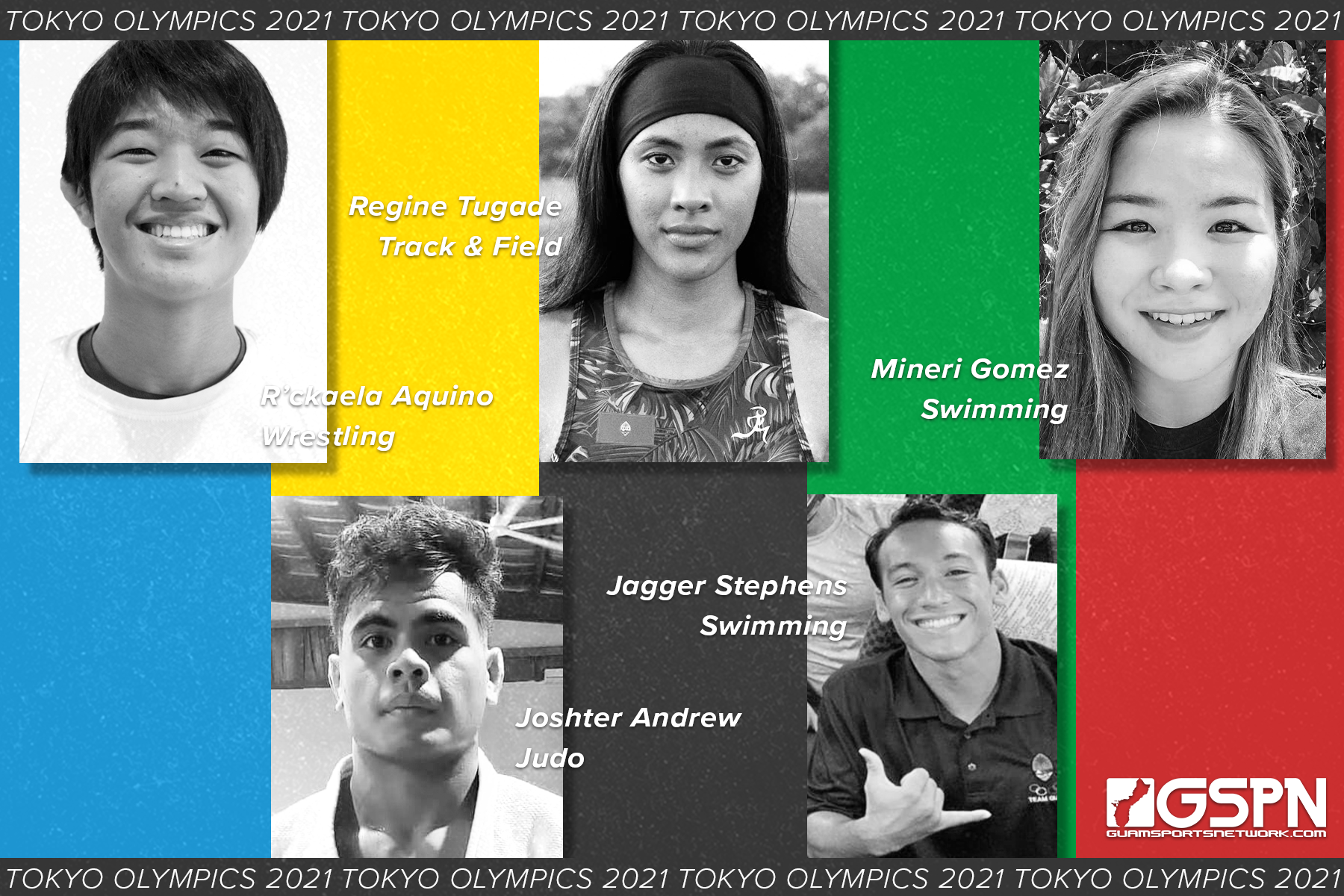 Andrew will be competing in judo, Tugade-Watson will be running the 100m in track & field, Aquino will compete in wrestling, and the swimmers Gomez and Stephens will be doing the 100m! All five competitors are no stranger to overseas competition and representing Guam, though Tugade-Watson is the only one with Olympic experience having competed in the 2016 Games in Rio.

“I’m less overwhelmed with the whole ‘Olympic experience’ and am purely focused on my performance. I’m more developed as an athlete both physically and mentally than I was 5 years ago, especially after competing in college for 4 years. I’m stronger, faster, and smarter. The only detractor is the past year-and-a-half dealing with COVID. It’s been a huge obstacle in and of itself with all the restrictions and changes that had to be implemented,” said Tugade-Watson on her second run at the Olympics.