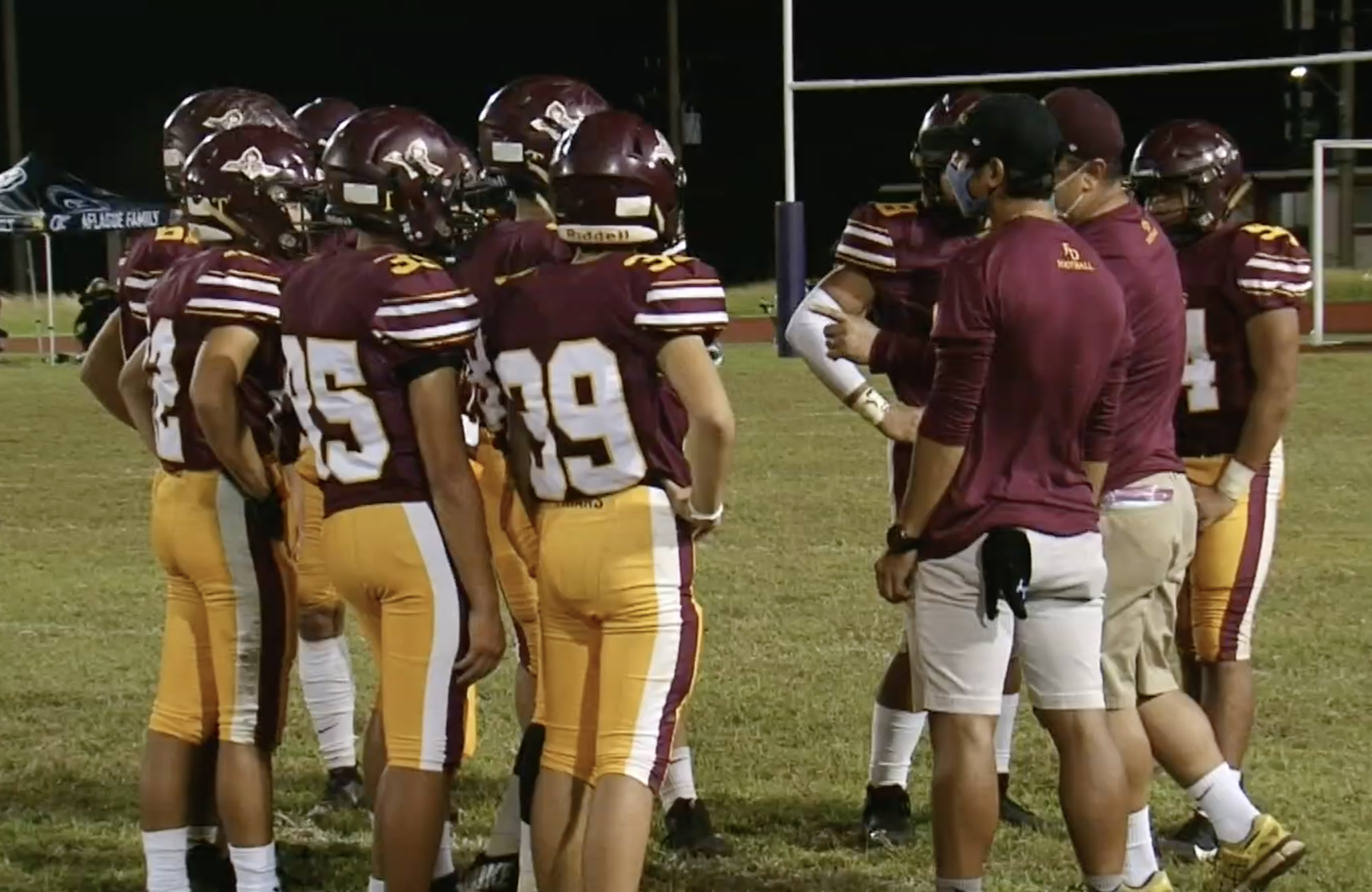 The FD Friars began their homecoming celebrations against the Okkodo Bulldogs right from the opening kick. Linebacker Evan Brown took the opening kick-off 95 yards for the games first score, setting the tone for what turned into a 45-0 victory for the Friars, who extend their winning streak to 53 games.

Running back Caiyle Gogue flourished with seven carries for 100 yards and one touchdown. Gogue took his first hand off 28 yards for the teams second score of the evening to go up 13-0. A safety after a botched snap gave FD a 15-0 lead midway through the opening quarter.

Okkodo’s best drive came in the 1st quarter after running back Jayven Mendiola and quarterback Bryant Ignacio marched their offense inside the Friar 40. FD’s Vance Meno quickly put an end to the run by laying a big hit on Ignacio, forcing a fumble that the Friars would recover.

Freshman Daethan Alcantara would haul in the team’s third touchdown off a 3-yard pass from Salas to go up 24-0. Garrison Arriola would corral a 44-yard catch and run from Alex Sojo to go up 30-0 at the half.

Fullback Jaren Meno would put FD ahead early in the third for the teams 5th score and the defense came in for the final offensive drive late in the 4th with Brown and Caleb Murphy taking snaps at running back. Murphy would punch get in on an 8-yard run to cap off another victory 45-0.

In the other Saturday night game, the Guam High Panthers blanked the Tiyan Titans 26-0 to remain in second place at 4-1.

The Friars take on the upstart Southern Dolphins this coming Saturday at 7 pm.