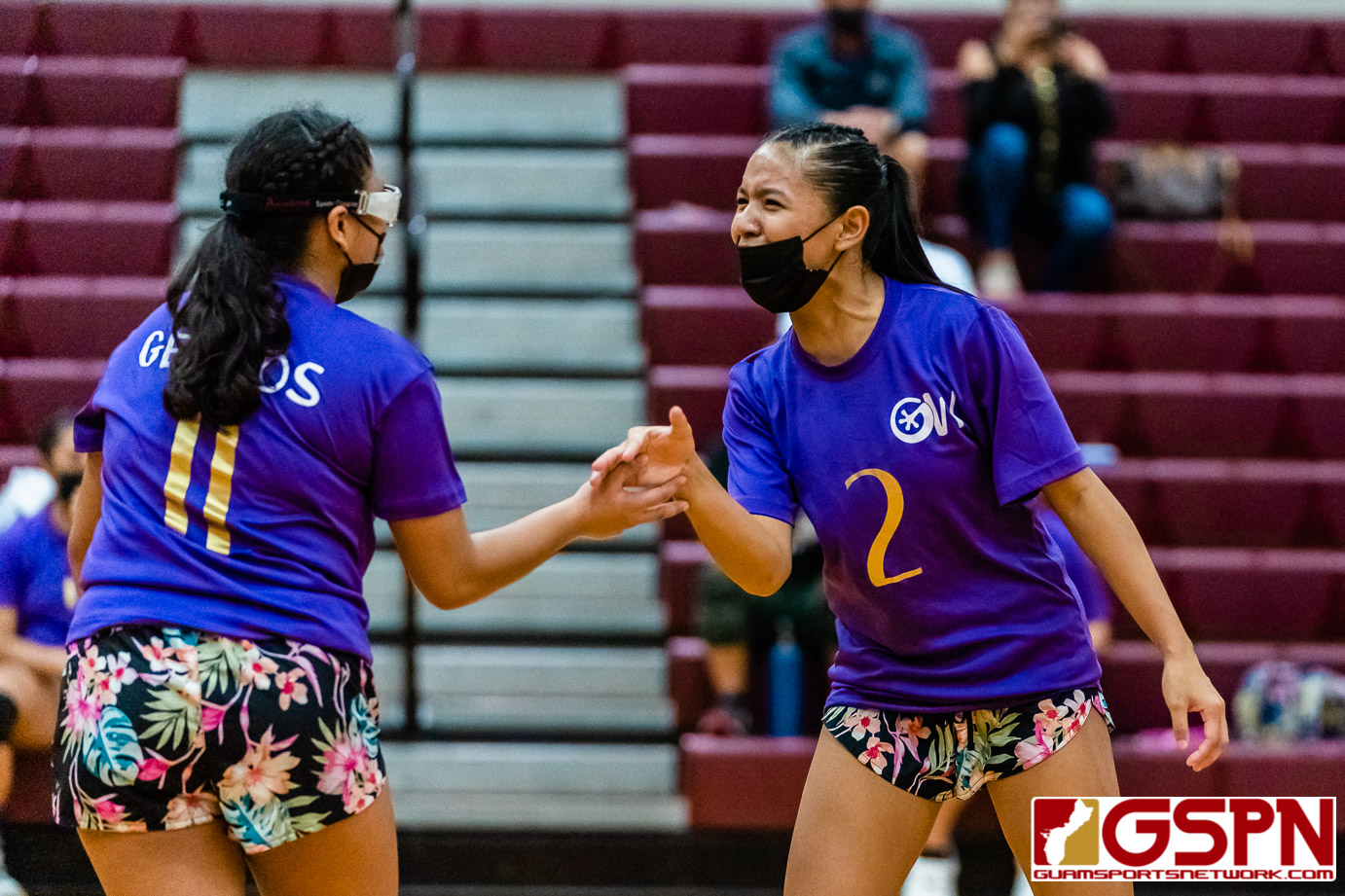 The GW Geckos played like a team on a mission Friday evening as they dispatched the JFK Islanders in straight sets 25-17, 25-17, 25-18 at the FD Phoenix Center on the ISA Girls Volleyball Semifinals. Led by outside hitter Christine Bansil’s nine kills and Janae Cabrera’s five kills and three aces, the GW offense played at a high pace all evening.

The Sanchez Sharks defeated the Tiyan Titans in the other semifinals Thursday evening, setting up a yet another showdown between the Geckos and Sharks after the team split their regular season meetings.

“I feel 110% confident. We beat them in five sets but I feel we can beat them in three,” said Cabrera on the Geckos facing the Sharks in the finals.

“This team is so talented, we’re mentally there and we got this,” said Bansil on the finals.

The Geckos and Sharks will play for the ISA Volleyball Title on December 16th.

On top of her big night, Cabrera was the Gecko who officially shut the lights on the Islanders season with her third ace of the game being the 25th point in the 3rd set.

“It was all about concentration, just pretending it was me and ball,” said Cabrera on her final point to send her team to the finals.

Geckos in control from the jump

GW made their move in the opening set behind a string of kills from Isabella Clement, Bansil and setter Joie Almoguera to put GW up 14-8. Errors would subdue the Islanders late in the set with an ace from Almoguera giving the Geckos momentum to take the early set lead.

The Geckos jumped out to a 13-3 lead in the 2nd set with Bansil and Cabrera aiding in kills and aces. A kill from Bansil would give GW their largest lead 18-7 before a brief JFK run allowed them to get back in the game. JFK’s Maya Andres and Alessandra Pagdilo provided much needed offense for the Islanders 22-14. A pair of errors would end the JFK momentum, setting up the final set.

JFK would capture their first lead of the game in the 3rd set, but a 9-2 run after the game was tied at seven would put GW firmly ahead 16-9. GW’s Kameron Guerrero would come up big with a block and kill in the run as GW remained in complete control. Bansil would notch three of her nine kills in the closing moments with Cabrera putting the final touches at the line with an ace.

“Our bond just got stronger all season. I love the bond we created and I think that really helped us… In my opinion we are the strongest team ever mentally. It’s a mental game and I really feel like we have that strong mentality and we came in here and played like we wanted it,” said Bansil on what had her team playing at a high level all night.

“It was just about picking up every ball we could and just moving our feet as fast as we could,” said Cabrera on their defensive approach to neutralizing JFK.