High school sports is set to resume March 1st in the ISA and IIAAG. 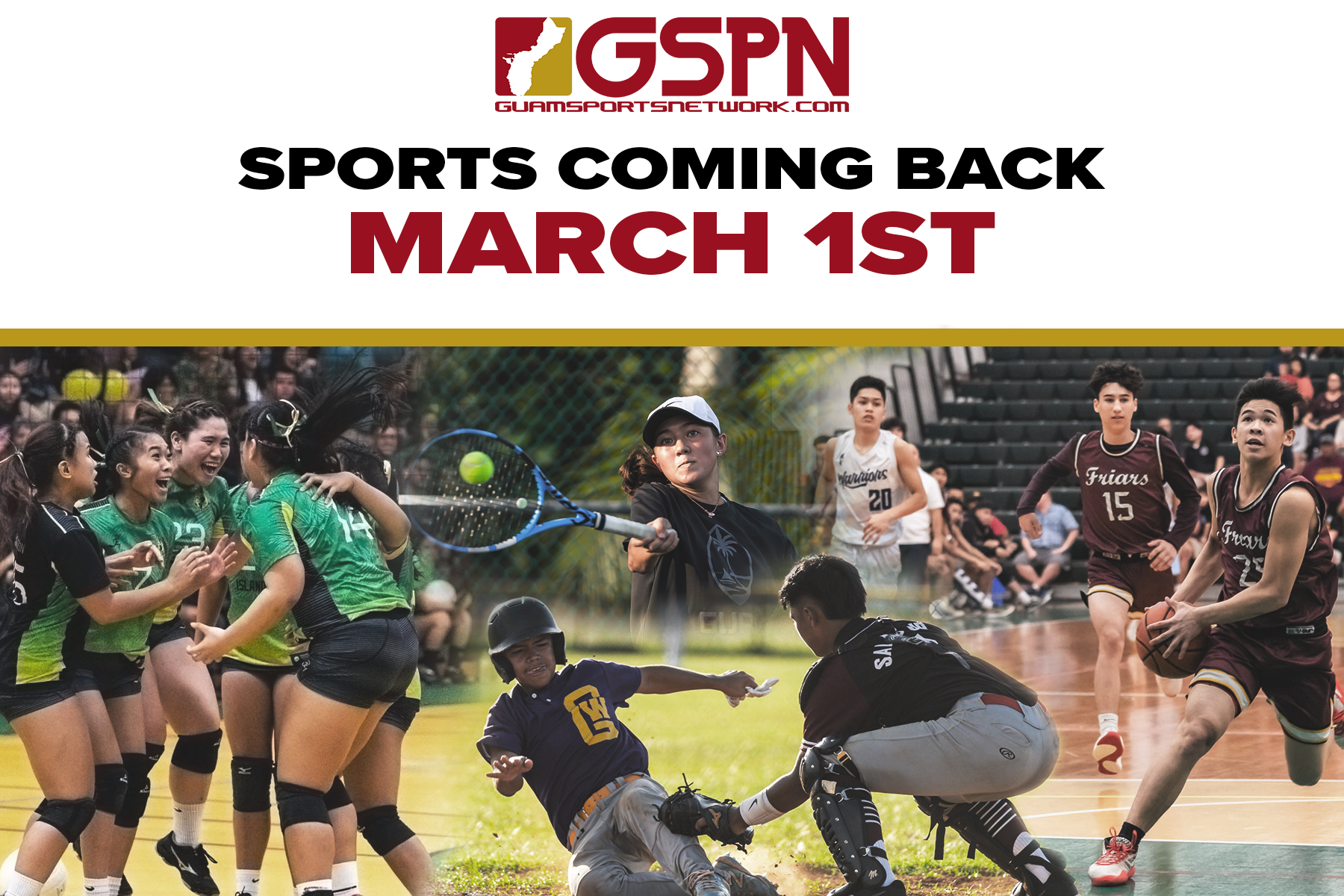 It’s been nearly a year since a single high school sport has been played due to the COVID-19 pandemic that immediately halted all 2020 sporting related activities.

Despite the near year-long absence, Governor Lou Leon Guerrero gave sports fans and athletes some positivity Friday afternoon, officially announcing that sporting related activities can resume as early as March 1st after putting the island in PCOR 3.

The ISA had been anticipating the restriction on sports to be lifted in March as they have allowed athletes to start forming teams for the first quarter of their proposed three-quarter planned sports calendar for 2021.

“We’re very excited to give this thing a go and get the ball rolling,” said ISA Coordinator Al Garrido. “We originally had our leagues set to start this past Monday, but we wanted to await the official announcement from [Governor Lou] so we pushed it back to March. This whole week our AD’s and coaches are going to continue with what they’ve been doing, which is get everyone ready for the season to start while following protocol.”

The 2021 season will be unlike any other, given that no spectators will be allowed to attend any live events. The only permission given to attend the sporting events are the athletes, game staff, media and two chosen parents/members of each team to allow broadcasting/sharing on social media.

The ISA’s final sports schedule will be released next Monday. Superintendent Jon Fernandez also sent an invite to the IIAAG Friday to participate in sports not offered in their sports calendar.

The IIAAG got the invitation and are happy to participate in ISA sports that are not in their calendar, such as softball and baseball.

However, sports such as football, rugby, wrestling and paddling will not be included in the 2021 sports calendar as of February.

High school sports will also resume for the IIAAG with the league set to feature cross-country, beach volleyball and tennis in their first quarter. Other sports, such as indoor-volleyball and soccer, will follow suit given the success and safety of the three allotted sports.

“I’m delighted the governor made the announcement to put the island in PCOR 3. That means that conditions are getting better. This will allow us to resumes sports. We’ve been working since the middle of last year planning out what sports we’re going to do and having that mitigation plan approved, required by public health. Safety is our top concern. Interscholastic is not just a social activity, but it affects the mental and physical well being of our students. Everyone is going to be super excited to start any type of competition,” said IIAAG President Terry Debold.

The IIAAG had learned that PCOR 3 was coming and were ready to begin beach volleyball as early as Saturday, February 20th, a day after the announcement.

“Despite it being shortened season, we’re going to make it the best of we can. We’re hopeful that our island advancement will follow with other sports, like indoor volleyball, gold and maybe even paddling. All of our activities will be hinged on the guidance and consent of the governor.

Sports in the IIAAG will also not allow for spectators. Media will be allowed to attend sporting events after following protocol, which will officially be announced by the league soon.