The Peaches win their first APL Fastpitch Softball title in a strong outing against the two-time defending champs Southern in the APL’s third season. 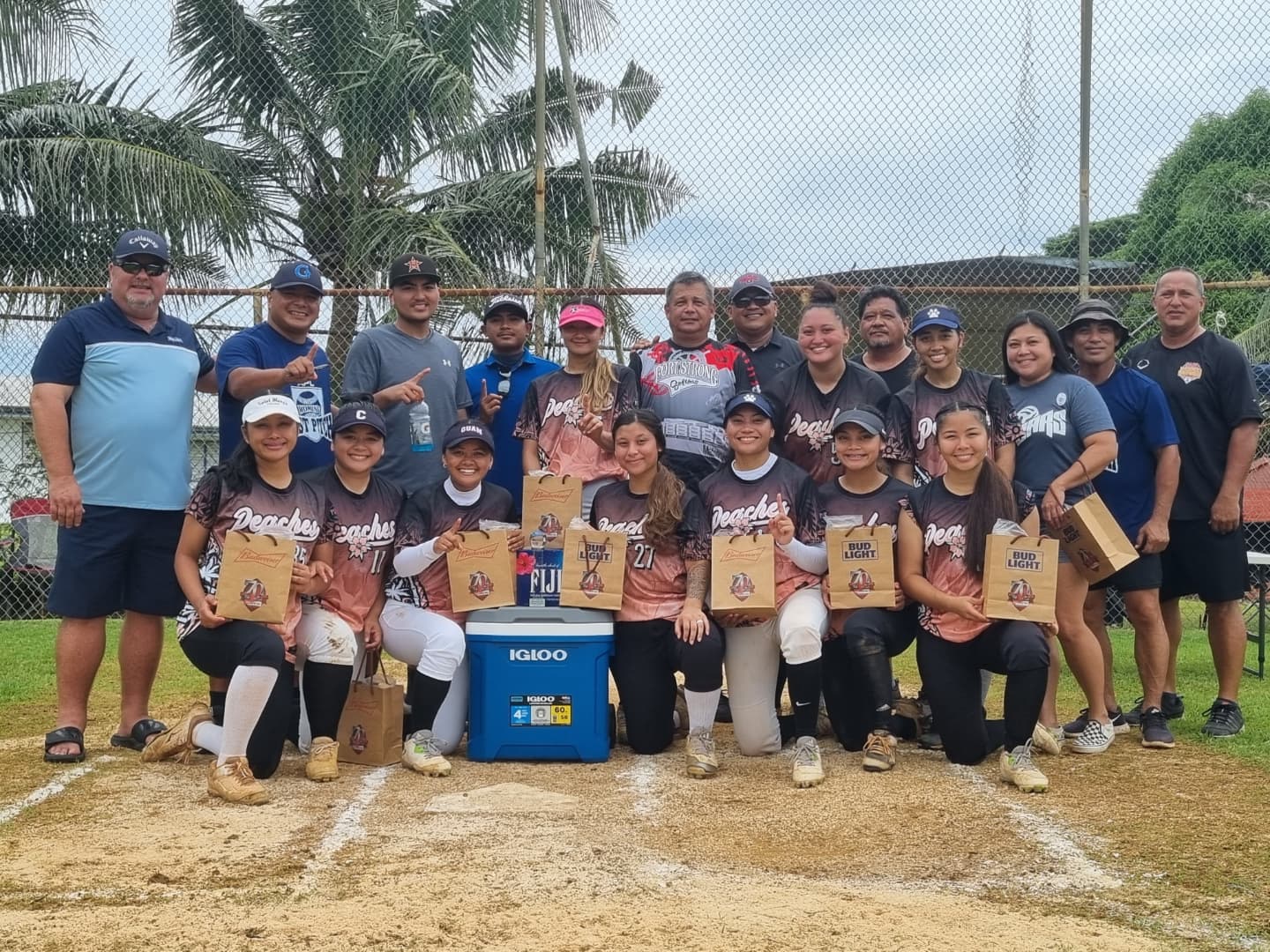 In a span of 24 hours the Peaches had played three softball games: A Saturday afternoon game to get into the title game, followed by a back-to-back must win game to force an ‘IF’ game against Southern and then the Sunday afternoon instant rematch game for all the marbles.

Exhausted might be an understatement for the perennial underdogs, but Sunday’s win over Southern for the APL Fastpitch Softball title made their grind worth it.

Peaches brought the offense Sunday and held Southern scoreless through six innings, en route to an 11-4 victory, denying Southern from a three-peat in the APL Fastpitch Softball League’s third season.

“We haven’t played that much softball in a long time so just pushing through all the pain and trying to endure it, we came out on top,” said Peaches Ashley Mendiola, who was named the game MVP, on playing three softball games in less than 24 hours.

The Peaches wasted no time getting into their offense Sunday as they scored seven runs from the 2nd through 4th inning. Their offense has been well at times this season, but their performance over the weekend where they scored double-digits in every game was a product of everything coming together.

“We already knew that we were going to face their best pitchers, Kas and Janice, but we just needed to make contact. We haven’t been making the best contact that we felt we could have this season, but our goal today was to just make contact and see what happens,” said Peaches Megan Maratita.

Up 7-1 in the 7th, the Peaches continued to swing away. Mendiola got the inning started off with an in the park home run to go up 8-1. Sierra Tenorio would bring in a run off a single before Kiana Palomo’s two RBI double capped off the Peaches strong offensive outing.

Southern didn’t go down without a fight as they started to find their offense in the 7th inning. Tamisha Fejeran used a sacrifice hit to bring in the teams second run down 11-2, followed by an RBI single from Jess Balajadia to get the wheels churning. An RBI single from Sasha Dirige forced the Peaches to call for time to settle down up 11-4.

The catcher Maratita would grab the final two outs after Southern’s Jeraila Martinez and Nik Sanchez had their foul balls fly right in her vicinity to seal the Peaches win.

Team chemistry has played a big factor in the Peaches title run this season with a strong make-up of the team coming from former Academy Cougar softball players. The girls have played along side each other, as well as coached each other, for more than a handful of years already.

“We’re a very loud and weird team so we use our weirdness and loudness to our advantage and I think that’s what carries us. We try to not stay down, so when one of us cracks a joke we all start laughing and that boosts our morale,” said Mendiola.

“For a lot of us, we were helping to build the program and we never won Championships before. So for this season, it’s something that we had motivation for. Knowing that our girls won 19U, we wanted to show them that their coaches can do something too,” laughed Maratita.

check out photos from yesterday’s showdown against the Peaches & Southern